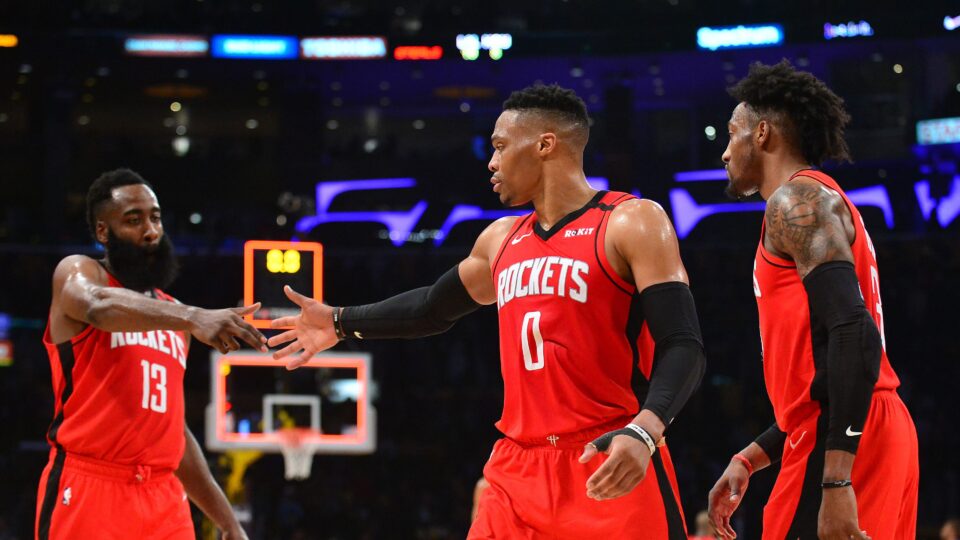 Many called Houston Rockets GM Daryl Morey a “mad scientist” when he traded borderline top-10 center Clint Capela to the Hawks and effectively replaced him with Robert Covington in the lineup. After all, no modern-era team has ever had a starting five this short. But Morey, a noted basketball savant, believes that what he had implemented will forever change the game.

The center position is one that historically dominated NBA History. From the days of Wilt Chamberlain and his legendary 50 point seasons to Shaquille O’Neal and his dominant combination of size and strength, the big man has been king of basketball. He’s taken home the lion’s share of MVP trophies throughout history and been the centerpiece of many championship teams, and that’s why people watch this sport and even do some gambling on it, although if you really want to do bets online you should go to slot online indonesia, since this is the best way to gamble online.

As time has gone on, basketball athletes have evolved and basketball itself has become a more skills-based competition instead of being dominated by giants. This resulted in the likes of Larry Bird, Julius Erving, and Michael Jordan, resulting in the big man becoming more of an accessory than the main piece. Fast forward to today, only a select handful of teams rely on their center for most of their offense.

The Houston Rockets went all-in on that very idea when the 2020 trade deadline happened, and the Houston Rockets took part in a four-team, 12 player team trade. On Tuesday, February 4th, The Houston Rockets traded Clint Capela and Nenê to the Atlanta Hawks, as well as swingman Gerald Green and a 2020 First to the Denver Nuggets. Houston acquired Minnesota Timberwolves forwards Robert Covington and Jordan Bell, as well as a 2024 Second from Atlanta via Golden State. Also in the trade, the Nuggets received forward Keita Bates-Diop, Shabazz Napier, Noah Vonleh, and the Rockets’ Gerald Green (who was later waived) and Houston’s first-round pick in 2020. The Timberwolves got the Nuggets’ Malik Beasley, Juancho Hernangomez, and Jarred Vanderbilt as well as the Hawks’ Evan Turner and the Hawks’ 2020 first-round pick via the Brooklyn Nets. The Rockets later waived center Isaiah Hartenstein as part of the transaction. The new Rockets’ starting 5 became: Russell Westbrook (6’3”) and the point James Harden at the 2-guard (6’5”), Danuel House at small forward (6’7”), Robert Covington at power forward (6’7”), and P.J. Tucker as the de-facto center (6’5”). With this new lineup, the Houston Rockets started what is easily the shortest lineup in a generation but this is a strong team for people to support and watch, some even bet on them in sites like 먹튀검증 online.

With this new lineup the game plan was simple: shoot as many Three-pointers and layups as possible. Although a radical idea that was met with plenty of confusion, it has paid off tremendously as they advanced to the 2nd round in the playoffs and finished with a 44-28 (.611) record in this pandemic shortened season, 4-4 in the Orlando Bubble, and the 4th seed in the Western Conference. Looking at the data, the top 3 lineups Houston used (against their recent 7 game series against Oklahoma City Thunder) only took an average of 3.6% percent of their shots from the midrange. For comparison, Denver’s top 3 lineups in their series averaged 18.36% of their shots from the midrange in their 7-game series against the Utah Jazz, a 501% increased chance versus Houston’s likelihood. The three lineups for Houston? [shown below]

Before diving into the stats, the numbers should be given context. Net rating is a stat that shows how well different lineups perform. The stat is based off a team’s offensive and defensive ratings. The official formula is Offensive Rating – Defensive Rating = Net rating. Offensive Rating is how many points a team would score in 100 game possessions and is a measure of a team’s offensive production. Defensive rating is the exact opposite, it is how many points that lineup/player would let up given 100 possessions, another rough estimate of a team’s defensive production. If a team has a positive Net rating, the team performs better offensively. If negative, it projects to let up more points than it would produce. Lineup #1 has a Net rating of 8.6, including a defensive rating of 90.6, which shows that despite their lack of a true “big man”, they can still effectively defend. Lineup #2 has a Net rating of 20.0, including incredible ratings of 114.9 offensively and 94.8 on the defensive side. Lineup #3 has a Net Rating of -8.8, but that is in large part due to Jeff Green. Without Jeff Green, the lineup of Harden, Gordon, House, and Tucker is 8.1. These numbers show that these Moreyball are just as, if not more effective, than traditional lineups.

Other NBA teams may not be as radical with their roster makeup as Daryl Morey is, but teams have definitely been listening to their analytics staff. Shown in the figure above, the mid-range jumper has become markedly less popular in the last 20 years as three-pointers and layups have seen a sharp uptick in attempt frequency. This begs me to ask: Is Moreyball the game of the future? Some people can even play and bet online using sites as Free Slots online.