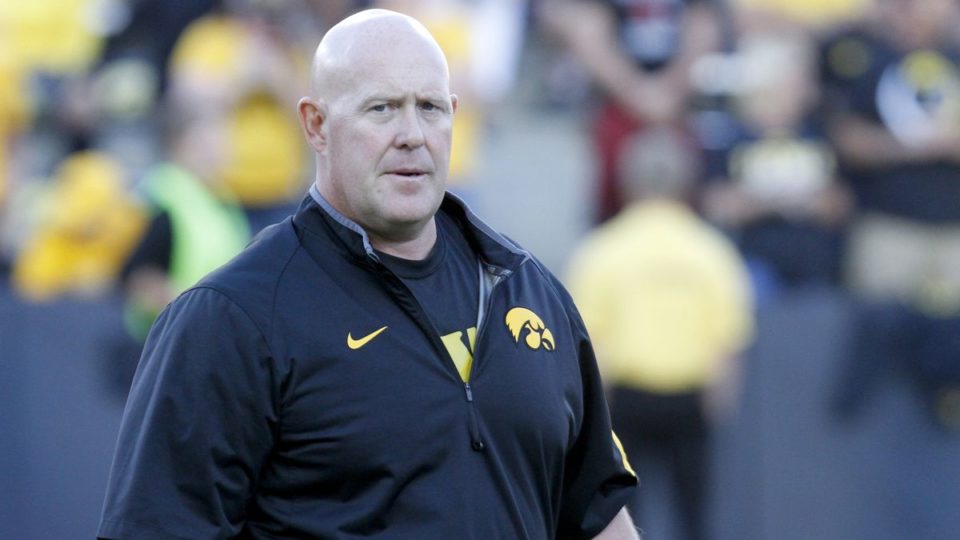 When people will look back on the history of Iowa football, June 15th, 2020 probably won’t resonate with them right away. But, make no mistake, today has been a historic day for the Iowa program.

Mid-Monday morning, it was announced by the athletic department that longtime strength and conditioning coach Chris Doyle and the University of Iowa had reached a “separation agreement” and that Doyle was no longer with the program.

Part of the agreement above included a severance payment of $1.1 million and continued health insurance over the next 15 months as Doyle was still under contract at the time of his resignation.

The announcement of Doyle’s departure came a mere few hours before Iowa Athletic Director Gary Barta was set to speak to the media at Carver-Hawkeye Arena on Monday afternoon.

Barta started off Monday’s press conference with the news that Hush-Blackwell of Kansas City was leading the investigation of the Iowa football program and that the investigation will take “weeks, not months.” There is no hard date set for the announcement of the findings.

The main topic of Barta’s statements were the issues with the football program, which included an apology to anyone who fell victim to the culture of racism within Iowa athletics and had a less-than great experience at Iowa.

“One of the things I want to do, and it’s really important to me, is to say I’m sorry,” Barta said. “To any former student-athletes, coaches, staff, current student-athletes, anybody who has had a negative experience with Iowa football.”

Barta then referenced that discrepancy in the graduation rate of African-American student-athletes and white student-athletes, that was discovered in 2018. Barta then created a task force to investigate the issues with the program.

In both the wider context of the United States and the events and dialogue within the Iowa football program, Barta stated that the changes the program made following the task force were not enough and were not happening at a fast-enough pace.

When talking about conversations had with student-athletes, the Iowa Athletic Director of 14 years took a few moments to gather his composure. A sign of regret and sheer pain that something of this nature happened under his oversight. These few moments spoke of the weight on Barta’s shoulders, of remorse for the culture of racism that was allowed to grow under his leadership.

“As we go forward, we are committed to change and improvement. I promise you we will make mistakes, and when we do, we’ll correct them,” Barta said. “I can tell you they won’t be perfect, there’s always going to be differing opinions on what we should do. Change is going to take time.”

One of the notable changes included the hiring of former Iowa defensive lineman Broderick Binns as the overseer of Iowa’s diversity task force.

The topic of the conversation then turned to Kirk Ferentz and what he has done to improve the culture within the program he’s built for 21 years. Barta still believes that Ferentz is the man for the job.

“I do remain confident that Kirk Ferentz can lead this team going forward and many of the attributes are still there,” Barta said. “The foundation is still sound, but we need to rebuild trust.”

One of the biggest questions for Barta was the handling of allegations against offensive coordinator Brian Ferentz, as nepotism laws prevent Brian from reporting to his father, reporting to Barta himself instead. Barta said he’d pay more attention to the findings of the investigation more than social media accusations.

Barta also said that his comfort in waiting for the review is also what helped him decide to come to terms of separation with Chris Doyle, rather than waiting for the investigation to conclude.

For a brief moment, the conversation turned to the COVID-19 pandemic, as Barta announced the players, coaches and staff have been asked to sign a pledge to help take personal responsibility. As of Monday afternoon, 3 Iowa athletes in total have tested positive for the virus.

As the press conference concluded after 50 minutes, it was clear to me that the Iowa Hawkeye football program is the initial gust in the winds of change around college football.

On display today were the commitments of Kirk Ferentz, Gary Barta, and Iowa players to making meaningful change in Iowa Athletics.