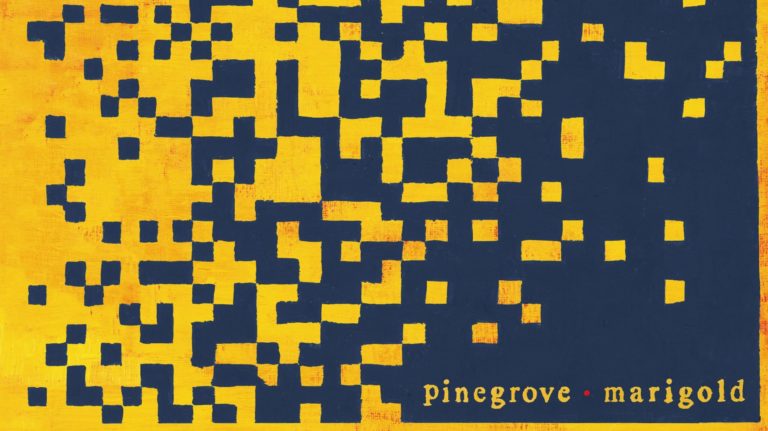 The Me Too Movement ravaged through the reputations of countless film industry heavy hitters in 2017. And while the public felt the weight of exposés on film producers, actors, and directors, the movement was quietly disrupting the music industry as well. Among them was indie darling band Pinegrove after accusations of “sexual coercion” surfaced against lead singer Evan Stephens Hall. All the band’s social media went dead silent. The album they were preparing to release to sunny critical praise was instead banished to dusty shelves (the album, titled Skylight, eventually saw the light of day in 2018). And as the movement “heard ‘round the world” forced individuals to more closely examine each other, Pinegrove was forced to examine within.

In line with the victim’s wishes, the band canceled the upcoming tour and vowed not to release music for a year as Hall turned to therapy. After the whirlwind that was 2017, it became difficult to know what to do with those accused on all levels of magnitude—whether anyone was allowed to come back from the wreckage, or if the particular individual’s body of work could ever again be enjoyed. Regardless of your opinion on the matter, this particular band decided to pick up their instruments again. Comeback? Redemption? An unwelcome return?  Whatever you may call it, it masquerades under the title Marigold.

Unlike the angst-filled, gut-wrenching tracks that saturated Pinegrove’s 2016 release, Cardinal, Marigold is a hesitant musical work. The album opens on “Dotted Line,” a song that lightly echoes the band’s former songs to some degree of success. The band seems to plead with its fanbase to simply “ignore the wreckage on the shoulder” of 2017 in the track’s opening line—to harken back to another time in the band’s discography.

When it comes to the album’s high points, it would have to be consecutive tracks “The Alarmist” and “No Drugs.” Similar to the rest of the album, the tracks are delicate in its arrangements and lyrics compared to Pinegrove’s past output. This doesn’t make the album bad, and it’s important to support and guide artists towards change. But in Pinegrove’s case, the change feels too safe, a step backward with its muted messages and monotonous sound. “The Alarmist” and “No Drugs” provide the listener with a glimpse of the familiar honesty and emotions that lay bare through Hall’s expressive vocals with powerful uses of repetition: “Can I believe in the me before I knew you beautifully? / Can I believe in the me before I’m lost on yesterday?”

But separate from brief, heartwrenching moments found in Marigold, many moments throughout the album in both its sound and lyrics feel tired and tedious. This is first evident during the track “Spiral”—with a runtime just under one minute and consisting of fragmented commands and phrases:

It’s easy to tell what it’s trying to be: a quirky unconventional song to provide a bridge between the opening track.

Instead, it feels impersonal, as Hall essentially throws generic phrases into the void. And that’s the main problem with Marigold—it doesn’t lack emotion; it lacks a personal connection with the listener. The narration throughout each song presents someone who is brimming of emotions, but they’re not dynamic, each spelling out defeat. The majority of the release’s lyrics present an individual who’s going through the day mindlessly­—“I wake up and feel totally the same / I woke up the same as yesterday” (“Endless”),  “Just another day in the polar vortex” (“Dotted Line”), “Nowadays I usually just get up / Put on a sweater from the day before” (“Phase”). The bottom line is that no song on Marigold is particularly bad or offensive; it just seems that while Pinegrove opted for a more polished production, they also polished over raw emotions.

Listening back to Cardinal, especially “Old Friends”—the song that unequivocally put the band on the critics’ radar—there’s something magical and chilling about the honesty and personal message it delivers. With a more garage rock production style and a focus on simple harmonies over instrumentation, Pinegrove wasn’t singing about the drudgery of daily life and typical romantic narratives present on Marigold. Conversely, the lyrics that cut through represented a thought that lingers at the back of everyone’s minds but is rarely expressed: tell your loved ones you love them before they’re gone. It’s unsettling and disrupting to hear such a dismal truth relayed through headphones and speakers. Cardinal utilizes this initial momentum to keep the listener on edge with jarring moments of complete despair.

Halfway through “Aphasia,” Hall unexpectedly wails, “But if I don’t have you by me then I’ll go underground,” amidst the track’s otherwise tame chord progression. Pinegrove expertly demonstrates how a small moment can display pure desperation that feels unabashedly human.

Fast forward four years to Pinegrove ending their “comeback” album on a quiet note with the titular song “Marigold.” Clocking in at six minutes, the band opts for an instrumental ending that’s as quiet and cautious as its beginning. It’s undoubtedly a beautiful piece with loads of peaceful ambiance, but it’s just not Pinegrove.