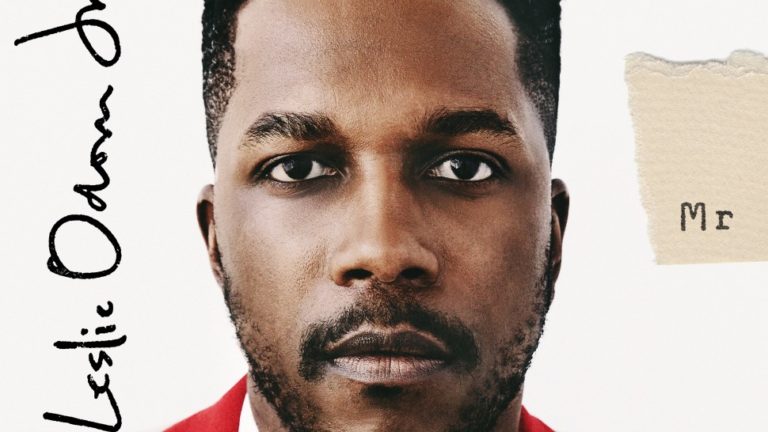 Taking cues from the music of Nat King Cole and Cab Calloway, Leslie Odom Jr.’s new album Mr feeds on traditions from a variety of musical genres. Released this November, this is the second album of original work that Odom Jr. has released, after his debut album in 2014. Mr showcases all of Odom Jr.’s different musical talents with elements of jazz, R&B, and hints of Broadway.

Odom Jr. is most known for his portrayal of Aaron Burr in the original cast of the hit musical Hamilton. The main antagonist of the show, Burr confronts many obstacles in his pursuit of political influence, mainly Alexander Hamilton, who was first played by the show’s creator Lin Manuel Miranda. Odom Jr.’s performance in the show earned him the 2016 Tony Award for Best Actor in a Musical.

In an interview with WBUR 90.9, Odom Jr. described how his experience in Hamilton influenced the creation of Mr. “In that show, I got to do a little jazz, little R&B, some Broadway stuff, some folk,” he said. “I got to really do all the things that I love to do. And so ‘Mr.’ feels hand-in-glove, in the same way.”

“You know, Lin was so incredibly generous as a creator, and as a scene partner,” Odom Jr. said. “You know, he didn’t hoard the good stuff. He wasn’t afraid to let the people next to him shine. And so in this record, what I tried to do was surround myself with as many brilliant, lovely, wonderful people as I could possibly find.”

Mr starts out with two stunning tracks, “Stronger Magic” and “Standards,” both of which are chiefly settled in jazz with a few sprinkles of R&B to give each song a unique twist. Odom Jr. draws you into the album with Sinatra-esque smoothness on “Stronger Magic,” making the integration of a modern trap beat in the chorus even more impactful.

“Standards” thrills with a showy baseline underneath Odom Jr.’s powerful vocals as he tackles a wide range with ease, even showing off some scatting in the track. Though the song is directed to a singular “you,” its lyrics also make a statement on the marginalization of minorities in America: “The truth is, I’m demonized for standing my own ground / So you push me to the deep end, hoping I drown.” Mr confronts the current social atmosphere in a similar way that Hamilton does, subtly connecting lyrics in the songs to current issues without directly alluding to them.

Later songs in the album take on a bit more of a modern sound, with a focus on beat rather than the full-band accompaniment of the jazzier first few pieces. Odom Jr. moves easily between styles, his malleable voice commanding upbeat R&B as well as a few ballads. “Lose It” is a tender song about the fading of a romantic relationship and trying to reconcile with where it all fell apart. It is one of the several moments in the album that combines musical genres together extremely effectively with a lush accompaniment of strings, piano, and a simple electronic beat.

Not one to his forgo his on-stage roots, elements of musical theatre can be found throughout Mr, but aggregate in the later half of the album. There is an entirely spoken track on the album, “Eva’s Song (A Psalm of Life),” that flows like a monologue one might hear from the main character of a stage play. This piece is followed by the ballad “Foggy,” which makes several references in its lyrics to Shakespeare’s Romeo and Juliet. Rounding out the theatre-influenced portion of the album is a short instrumental piece entitled “Entr’Acte (The Joyful Messenger).” Here, Odom Jr. pulls directly from theatre traditions, as entr’acte means “between the acts” in French, and is typically the title from music played between acts in a stage production, most frequently in musicals or opera.

Mr is an album that transcends any one style of music, and fits right into the current cultural movement that Odom Jr.’s work in Hamilton also worked to tackle. Odom Jr. is a performer unlike any other, with the ability to mold his voice to ignite the soul of any song he takes on, and Mr is a showcase of just that, soul.