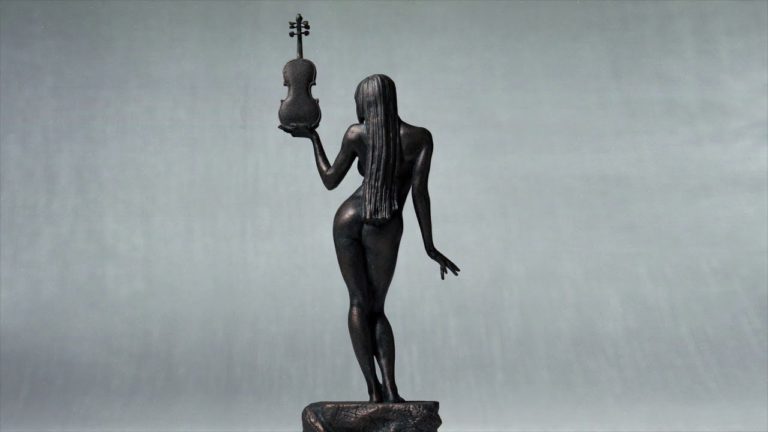 On Athena, Sudan Archives sets herself apart from contemporaries in the Alternative R&B genre. After releasing a couple of solid EPs on the Stones Throw label, this album marks her debut full-length project, accompanied by notable producers such as Black Taffy, Kenny Gilmore, and Paul White.

The first single released, “Confessions”, proved what an asset violin can be in a defiantly strong-willed Pop/R&B tune. Hands clap in unique rhythms around what sounds like tightly sequenced vinyl pops. The production on this track, along with many of those which follow on the album, is incredible. The catchy violin melody, along with Britney Parks’ confident vocals make this a very self-affirming listen, despite some of the injustice described: “There is a place where I call home/ But it’s not where I am welcome.” While this may refer to a specific experience Parks has had, such as being kicked out of her home at 19, when combined with other lyrical and sonic ideas throughout the album, it is a sentiment applicable to the wider Black experience in the United States.

Before the further investigation of the album’s themes, I’d be remiss not to bring up the second excellent single released to tease this album, “Glorious”. Violin, bass, and drums kick off this track with a fantastic groove, lending a solid beat for Parks to multitrack harmonies over in a rhythm and style inspired by traditional African folk. Lyrics describe viewing her family’s labor in the workforce as a child and how this view has changed as she’s grown into a stronger understanding of the capitalist system. She feels the need to find her mom a good place to live but is still struggling to pay her own expenses. The track achieves true banger status in the transition to the chorus, as the violin melody switches and a much heavier bass synth barges in. Rapper D-Eight also gives a fiery, albeit short, performance. His verse isn’t so much of a hot 16 bars, but more of a tight 4, and ultimately distracts from the momentum of the track. Still, this small shortcoming isn’t enough to make this any less than one of the most rewarding tracks on the album, sneak a peek at this site.

Thematically, much of the album focuses on love and heartbreak, specifically through a Black lens, while maintaining a focus on self-love and respect. This may be clearest on the opening track“Did You Know” where Parks sings in the wake of relationship fallout, “I’m sure she’s cool/ But I guess you never liked my icy roots/ Or my fussy baby hairs.” She remarks on her place in the world in reference to this relationship and her Blackness. Quaint pizzicato strings start the track before it opens up with bass and synths. While it is far from having the strongest melodies or the most unique instrumental, it does a great job of introducing the listener to upcoming sonic and thematic elements.

The strongest tracks on Athena come from the fusion of African folk and Afrofuturism, such as on the incredibly sensual “Green Eyes”. Reverb-soaked and multi-tracked, this semi-monotone chorus meets with the ephemeral synths exquisitely. Quick breathing pops in on quieter moments to fill out the atmosphere. I’d cite this as an example of Sudan Archives putting together a fantastic track not because the melody-writing is super strong, but rather that the production and atmosphere are expertly done.

While trendier pop writing is incorporated well on many tracks throughout the album–see “Iceland Moss” or “Limitless”–this is not quite the case on “Coming Up”, a song that pushes much of what makes this album unique to the side. The violin is still prominent but the percussion and tasteful synths are traded in for far more generic sounds. The use of that farty bass synth is questionable to say the least. The flow of the songwriting here isn’t great either. The sudden dynamic change between the verse and chorus is very much a “gotcha” moment, like the track needs to make sure you’re paying attention. It’s a songwriting trope in pop music I was disappointed to see show up here. All this, combined with shotty vocal production lead this to feel like a misstep, and contributes–along with “Down On Me”, despite it’s very clever turn of phrase–to the middle of the album not feeling quite as consistent as the fantastic start and end.

And what an end it is. The last leg of this project, from interlude “Stuck” to the closer, “Pelicans in the Summer”, showcases everything that makes the work of Sudan Archives so refreshing in the current Pop/R&B sphere. Whether it’s the warm and incredibly catchy “Limitless” or the spiraling and disorienting “Honey”, Sudan Archives combines striking violin and contemporary aesthetics to wrap a bow on one of the stronger R&B albums of the year. Far from a gimmick, her take on the genre is sure to produce many exciting albums throughout her musical career.