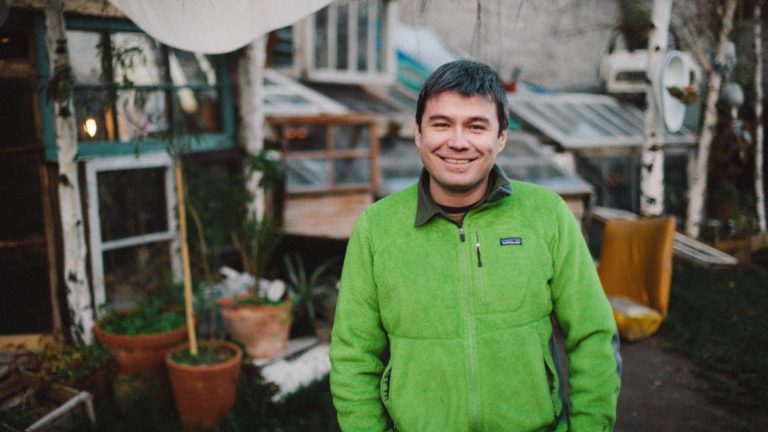 Climate change is a growing issue that has recently picked up more and more momentum in the mainstream. Marcelo Mena discussed this increasing problem during his presentation, “From Impossible to Inevitable: How Climate Action is Mainstreamed Globally.”

Marcelo Mena is the former Minister of the Environment in Chile and is currently working at the World Bank as a climate advisor. He is originally from Chile and moved to Iowa City at the age of seven. Mena went back to Chile for his undergraduate degree at the Universidad Catolica de Valparaiso in Valparaiso, Chile. He later earned his master’s and doctoral degree in civil and environmental engineering at the University of Iowa. He is also a former KRUI member and director.

With a banner in hand saying “Iowa City Climate Strikes,” the Student IC Climate Strikers took to the stage to introduce Mena. The group consists of students from Iowa City schools. Recently, they have been protesting the University of Iowa for its energy consumption and coal burning at the nearby power plant. Not only do they protest Friday after Friday, but earlier in October, these same students protested with Greta Thunberg to combat these issues.

After the introduction, Marcelo Mena began his presentation. As he starts speaking, it’s obvious he knows what he’s talking about. Although he speaks with so much knowledge and understanding, he still remains humble and down to Earth. It’s clear that he is truly passionate about climate change and developing solutions for a better environment.

At the beginning of his presentation, he mentions some important facts regarding climate change. Mena says that if we don’t lower our emissions, the world will face many consequences like rising seas, stronger storms, shifting rainfall, and the acidification of the ocean. One issue that particularly stood out to me would be that productivity in certain countries will decrease. Countries that rely on labor, specifically that is outdoors, will see a decrease in growth because of the rising temperatures.

Next, Mena focused on his work in Chile and the huge impact it made on the country. He was part of an energy revolution while directly working with Chile’s president. Mena helped create better power generation like increasing solar power, and creating a tax on cars with higher pollution rates to give people an incentive to purchase cleaner cars. He also enacted emission standards for power plants, a ban on plastic bags, new national parks, and more ocean conservation.

Mena also mentioned the Green Campus Initiative and how there needs to be more energy savings on campus, which is a similar message to the IC Student Climate Strikers.

Finally, Mena mentions the best things for people to do to help the environment. Choosing a healthier meal option can reduce the environmental impact that food production creates. Also as an avid biker, he says that changing transportation to biking or walking can help the environment by reducing emissions. But not only does it help the environment, but Mena says biking got rid of a lot of stress from the many debates at work. And of course, he even showed off his tie, which was covered in bicycles.

Overall, Marcelo Mena’s presentation gave an insightful perspective on climate change. It was interesting to listen to a professional who has dedicated their career to help benefit the environment. His humor and humble personality showed through in his presentation which created an inviting and engaging atmosphere. Marcelo Mena’s work has inspired and will continue to inspire many across the world to improve the environment before it’s too late.

For more information on how to live sustainably and for ways to help out around campus, be sure to check out the University of Iowa Office of Sustainability and the Environment!