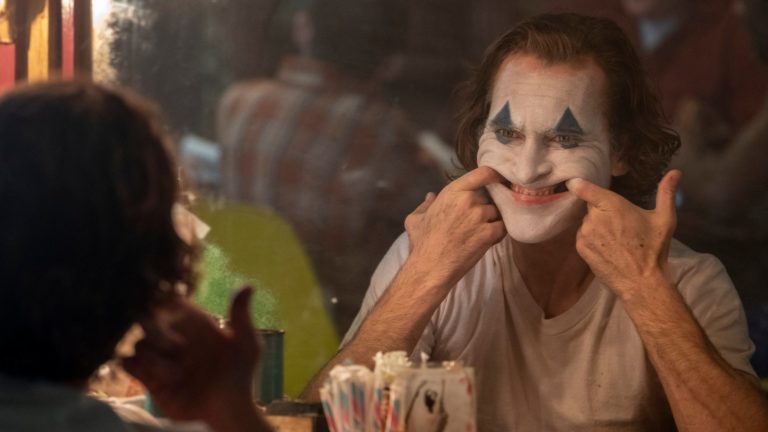 One of the most anticipated movies of the fall hit theaters last weekend, thrilling audiences with its new interpretation of an infamous comic book character. Joker has received praise for its gritty and intimate take on Arthur Fletch, the man behind the clown makeup. Even for those who aren’t fans of DC comics or comic book movies, the landmark performance by Joaquin Phoenix as the titular character—which has already garnered Oscar buzz—makes it a must-see.

The movie is slightly more graphic than its film predecessors which featured the Joker: The Dark Night, Suicide Squad, and the 1989 Batman. Yet among the violence and darkness, a jaunty soundtrack arises. Music drives much of Phoenix’s portrayal of Arthur, to haunting ends. He is consistently shown dancing and singing in the film as expressions of his tortured mental state.

In a YouTube video with The New York Times, director Todd Phillips breaks down one of the most fantastical dance scenes in the film. Phillips said that dancing developed through working with Phoenix on the character, explaining that “Arthur is one of those people that have music in [them].”

The soundtrack spans several decades of music, featuring multiple classics from the 1960’s and 70’s to more modern tracks. Fittingly, many of the songs in the soundtrack connect rather clearly to the tropes of the DC villain with “clown”, “fool”, and “joker” in the lyrics and song titles.

The main theme of “That’s Life” by Frank Sinatra follows Arthur from the beginning of the film to the end as his life continues to spiral out of control. The lyrics of the song perfectly mirror the Joker’s ever-changing perceptions of the world around him. Sinatra croons: “I said, that’s life (that’s life) / and as funny as it may seem / Some people get their kicks / Stompin’ on a dream.” The song begins as a reflection of Arthur’s depression as a down-on-his-luck entertainer, and transforms itself to become a mantra for madness and chaos as a logical course of action.

Another Sinatra track makes an appearance in the film as”Send In the Clowns” plays . Other classics are found within the soundtrack, including “Smile” by Jimmy Durante, which reflects Arthur’s ceaseless efforts to entertain those around Gotham by painting a smile onto his face. Diving deeper into Joker‘s connection with music and dance, Fred Astaire’s 1937 rendition of “Slap That Bass” brings musical theatre into the mix of the already elaborate soundtrack.

In addition to the oldies and original songs, some rock and modern tracks fill out the rest of the soundtrack. The 1960s and 70s maintain a big presence throughout the movie, with hits like “Purple Haze” by Jimi Hendrix, “Rock and Roll Part II” by Gary Glitter, “Fortunate Son” by Creedence Clearwater Revival, and more featured. Recent artists like Riff Raff, Naeleck, and Oceans Ahead connect the film with present day audiences, even though it’s set in the 1980s.

Joker finds its darkest moments in the original pieces created by Hildur Guðnadóttir, the film’s composer. The Icelandic musician is a classically trained cellist and the deep tones of the stringed instrument are found throughout the score. These instrumental moments reflect the inner machinations of Arthur’s mind, with all the variations that his mental instability brings.

Arthur goes through a wide range of emotional changes in his journey to becoming the Joker and so too does the soundtrack, which covers a range of musical styles to reflect these shifts. Joker works to capture the madness of an unstable character in a temperamental world, and music punctuates the film’s manic nature, giving it even more of a punch.