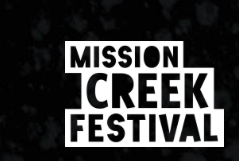 As each Mission Creek festival rolls around in an Iowa City spring, the Big Free Show at Big Grove comes with it. The Big Free Show at Big Grove boasts a series of bands from around the Iowa and Midwest area. The Big Free Show lasts from 2pm all the way into the evening, engaging its crowd in a feast of bar food and brews on tap. The atmosphere is relaxed and smiley. The weather means people are looking to dance a little more, and everyone looks a little more excitable. However, one band in particular is repeat royalty around Iowa City, remaining cool in the face of the crowd, the high afternoon sun, the whooping, eating crowd: Flash in a Pan.

Known with local UNESCO music buffs, Flash in a Pan is a string band encompassing all of the traditional musical components of a string band. However, a newcomer to the distinct musicality of Flash in a Pan, I was delighted to see how much fusion was actually going on throughout the group’s set.

In their tight amount of time, Flash in a Pan brought a fully actualized individuality. The interest of the band seems to be finding a happy balance between contemporary indie-like music and old string bands that are now considered nothing short of classics. This fusion between modern and antiquity is a fabulous aesthetic choice that, as the crowd showed, brought together an audience of all ages.

Flash in a Pan, composed of guitarist Blake Daly, bassist Lee Eckles, banjo Alex Flasher and Max Lipnick on mandolin, manages to captivate a crowd suspended in the vacuous space that is the Big Grove Tap Room. The stylish songs and unique character of this group is, to me, the crux of what Mission Creek as a festival is all about.

Art, talent, craftsmanship all lie in the places we so often look at, but never see. The gem of Iowa City that is Flash in a Pan doesn’t make me feel so grim about the future of poplar music. The band combines all of the famous Iowa Nice Charm combined with the musicianship of true study. The music, couched between bluegrass, folk and traditional acoustic indie, can only be described as enjoyable.