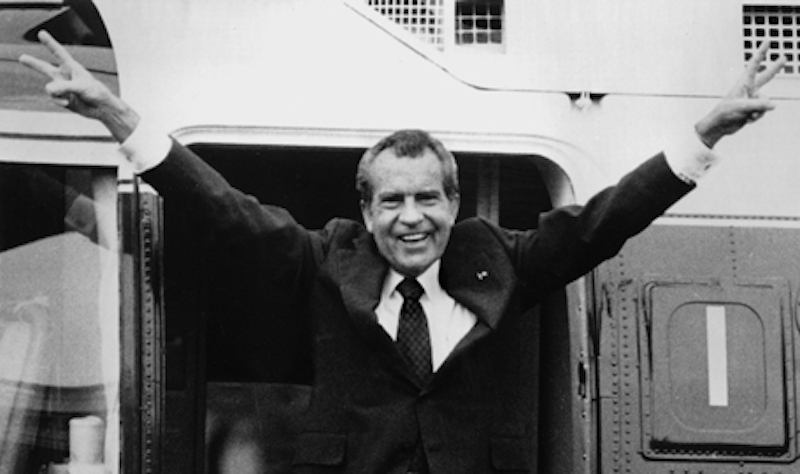 Many Americans must have felt they were in the right place at the wrong time in 1973. During this year, the Vice President would resign and plead guilty to tax evasion. Richard Nixon would try to get rid of anyone tying him to Watergate, all while assuring the nation its president was not a crook. The price of oil quadrupled, inflation reached double digits and the country experienced its worst recession since the Great Depression as economists were baffled by a new phenomenon called “stagflation.”

From January 1973 to September 1974, the stock market plunged by 46%. Fear had so gripped the market that it was basically selling dollar bills for 25 or 50 cents to anyone who had the guts to stand up and buy. Despite the doom and gloom, there was at least one particularly giddy investor in Omaha. Warren Buffett heard about the clearance sale and started loading up his cart, buying companies at deep discounts to their true intrinsic value. This just seemed natural to the man who tries to, in his own words, “be fearful when others are greedy and greedy when others are fearful.”

This bear market represented a massive shift from the mood just months before. From June 1970 to December 1972, the stock market had risen over 60%. In that kind of bull market, even the worst investors can be made to look like geniuses. Naturally, this brought out the greed in investors who would become so fearful in just a few months’ time.

But remember, when everyone else is greedy, the intelligent investor is fearful. Going into 1972, Buffett had just $17M of his $101M insurance portfolio in stocks. The rest was conservatively held in bonds. Stocks were too expensive and therefore unattractive. This shrewd asset allocation ensured Buffett had plenty of firing power when the mood swung and bargains abounded.

It may be tempting to cast Buffett as an opportunist profiting from the economic hardship of the country. Let me offer an alternate perspective. Warren Buffett was pumping money into the stock market precisely when it was needed most. Without such investors, those wishing to sell their stocks would be unable to find buyers, and prices would have tumbled further.

Intelligent investors provide a service, and that service is to keep stock prices closely aligned to the true value of the businesses they represent. They pull money out when prices are too high, and they put money in when prices are too low. Ultimately, this ensures our resources flow to their most productive uses and maximizes our ability to create more of what people want and need.

By contrast, the real damage is done when people dump more money into a bubble or pull money out during a panic. These emotional reactions are quite natural, but they are self-inflicted wounds that impact us all. Worse yet are cases of fraud and misinformation. The system works best when people make smart financial decisions and can look themselves in the mirror as they truthfully say, “I am not a crook.”