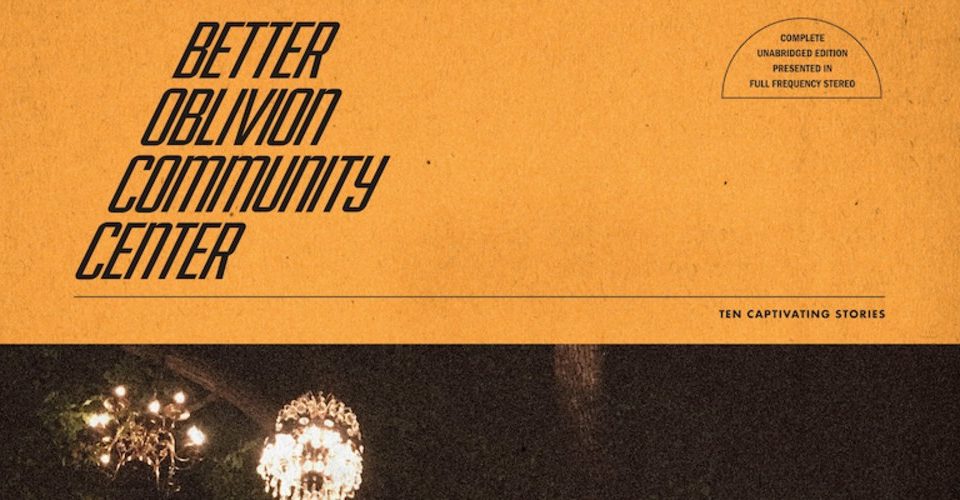 All week, I’ve had one short two-word phrase stuck in my head. It’s not a particularly revolutionary phrase or even a very interesting one. But it’s memorable, dark, and hilarious.

This phrase comes from Phoebe Bridgers’ and Conor Oberst’s new collaborative album as Better Oblivion Community Center. On their song, “Dylan Thomas,” the two singers harmonize as they sing the phrase “A Seizure!” with an enthusiasm that makes me laugh out loud every time I hear it. Something about that phrase encapsulates the entire song. It’s dark and depressing, but also flat-out fun.

“Dylan Thomas” is the definite highlight of the new album, which gloriously combines the best of what the two famed songwriters have to offer. Songs range from vaguely electronic (“Exception to the Rule“) to folk ballad (“Chesapeake“), but nothing is as rock influenced as “Dylan Thomas.” And that’s a shame because it works so well here.

The song features not one, but two kick-ass guitar solos from ace guitar player (and Yeah Yeah Yeah’s member) Nick Zinner. It feels like the song where Oberst and Bridgers are having the most fun. They are truly letting loose in ways not always seen on their past solo albums.

Oberst in particular has been lacking a certain sense of fun in some of his post-Bright Eyes solo work. Of course, his albums like the devastating Ruminations gain power through their dour and restrained attitudes, but it’s enriching to see him upbeat for once.

Bridgers is also at the top of her game on this song (and the album as a whole), but she hasn’t been down in a long time. Collaborations, like her turn with Julien Baker and Lucy Dacus on Boygenius, definitely show off her strong suits.

Listening to “Dylan Thomas,” I am struck by the fine tone it strikes. It mixes comedy and tragedy to great effect. Using the famed poet as its title and parallel, Oberst and Bridgers delve into a seemingly dark time in their lives. Dylan was infamous for his heavy drinking and more than a few philandering tales. Better Oblivion Community Center spins this downward spiral into the hilarious one liner, “I’m taking a shower at the Bates Motel.” It’s funny, but like the rest of the song, there’s a sadness underneath. The narrators at the heart of this song see their bad choices and try to pull away from them but cannot stop.

Marvelously, this song doesn’t have a chorus that repeats traditionally, but loses no power because of it. This is by far the most instantaneous and gripping song on the album. While hearing it, it’s hard not to think of the recent news that has put Phoebe Bridgers back into the spotlight. The New York Times article on Ryan Adam’s gross and predatory behavior features Bridgers discussing her past relationship with the artist and the abusive behavior he engaged in. This song (and all of Bridgers’ work) feels like a fire against Adams, who did everything to control the careers of the women in his circle. Her connection with Oberst demonstrates the antithesis of this abusive relationship, as the two share a genuine partnership. They sing in unison throughout the song and are a true team. The new narrative surrounding Bridgers feeds into the song’s story of a downward spiral, but the song conquers those dark times.

“Dylan Thomas” is not a tale of succumbing to the difficulties. It is one where the protagonists struggle and then come out the other side. Oberst and Bridgers take to heart Thomas’ most famous line, “Do not go gentle into that good night.” They instead decide to rage in a song that truly seems to encapsulate everything these two emotional singer-songwriters are about. Honesty in their past experiences, but a desire to move past them. Those qualities have been seen in Oberst’s Bright Eyes material and Bridger’s excellent debut album. Overall, this song is the strongest off their new album, not because of a funny line about a seizure, but because it is the most emotionally honest and rocking song on an album full of emotional and honest songs. It’s one of the best songs either famed songwriter has written and it is a must listen.

One response to “Song of the Week: “Dylan Thomas” by Better Oblivion Community Center”