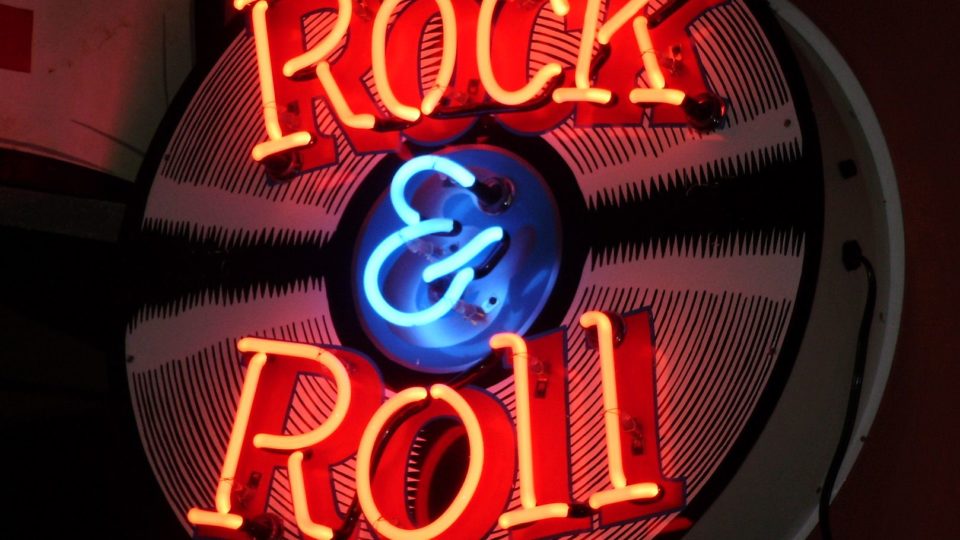 Nostalgia for rock has surfaced of late. Bleak present events may be what is driving us towards the past. Music is an artistic escape. A source of joy when tensions are high. Classic rock is a genre that almost anyone can identify with through one song or another, making it the perfect medium for reminiscence. Reliving iconic performances and peeking into the lives of artists pushes away socio-cultural restraints, bringing us closer to the music.

The rise has been widely fueled by the release of Bohemian Rhapsody, but other famed bands have also been recently revived. A massive studio-session collection from The Beatles just dropped onto Spotify this month. The 107 song collection includes remastered versions of the band’s lesser known songs, original demos, isolated vocals, and even restored video footage from inside the recording studio.

I recently found my way into the past of rock ‘n’ roll within the pages of The Decibel Diaries by Carter Alan. Alan is a longtime DJ and music director at WZLX-FM Boston, one of the first classic rock stations in the nation. Subtitled “A Journey Through Rock in 50 Concerts,” readers join Alan in attendance of various concerts throughout his life.

Unabashedly a rock ‘n’ roll junkie, “rock concerts” was all it took for me to snatch it off the shelf. The table of contents boasted names of Eric Clapton, The Rolling Stones, Aerosmith, Nirvana, and countless others. Gaining access to years of remarkable performances I wasn’t even alive to consider attending was a treat I couldn’t pass up.

Structured in a timeline format, Alan admits you into concerts as well as his own life story. The narrative starts out in 1970 and spans through concerts all way up to 2015. What begins as a nerdy ninth-grader eagerly attending his first concert transforms with each page turn to a seasoned member of the music industry voicing his renewed love of rock and its power to stir emotions.

His prose is a joy to read, packing detail, research, humor and sincerity into short vignettes of each show. Alan crunches years of music reviews and trends into concise gems of historical context for each artist before vaulting into his own perceptions of the concerts. Even though Alan has had the privilege to see such inimitable acts live, he recounts it in an approachable way. You get a view into the exclusive world of rock ‘n’ roll from a voice who is just as in awe as the world was of these musicians.

In timely relation to Bohemian Rhapsody‘s release, Alan had the treasured experience of attending the notorious Live Aid concert in 1985. He had been invited as a part of U2’s entourage, having become friends with the band over the years. Gaining access to the up-close world of this legendary event, even Alan was shocked at its magnitude. Through the stacked lineup, Alan, along with many other reviewers, idolizes the performance by Queen.

“Even with later sets by legends like David Bowie, the Who, Elton John, and an onstage finale including Paul McCartney, Queen’s was the musical apex of the day glittering with power, emotion, and, yes, good will toward men.”

Many push classic rock into a box of the 1970s-1990s, even the precursor “classic” solidifying its older skew. These are artists we will never forget, sure, but this music brought us to where we are today. Past art influences present art in continues to do so in ceaselessly fascinating ways. The book is an ode to the past and Alan brings us into concert halls to successfully illustrate rock’s permeating legacy: “That youthful elixir, battling the attraction of time, will keep girls in those pink petal pushers and the guys in their blue suede shoes (or at least nose rings and tats) for a long time to come.”