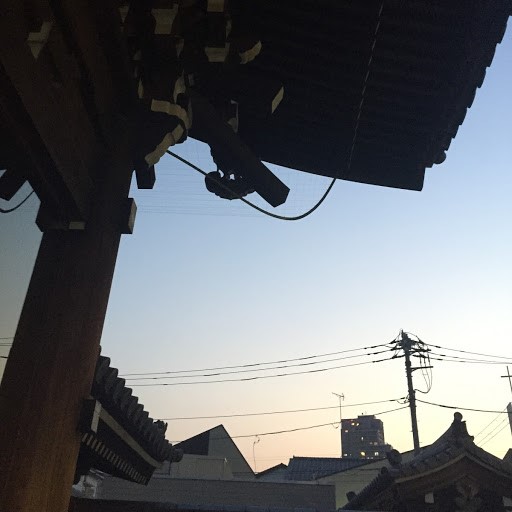 Tokyo is replete with neighborhood temples. Regardless of what neighborhood you are walking in, you will inevitably stumble upon a temple or, at the very least, some sort of shrine.

Temples are a sort of neighborhood oasis — perfect for when you want to escape the stress, concrete and traffic of everyday life.

When I studied abroad in Japan, my two big goals were 1) to take advantage of my cultural and academic experience in Tokyo and all that great stuff, and 2) to find temples.

After my purposeful and accidental temple wanderings, I was not only able to see the various functions temples hold in everyday life, but also to catch the different faces these sites show at different times of day.

It doesn’t matter where you’re from or how you made your way to temples — they share a sense of calm and belonging that transcends pretty much everything. My fondest memories of Japan during my brief travels there as a kid were walking to the temples in my grandparents’ neighborhood and looking at the trees, listening to the crows, and watching people walk up to the temple to throw coins and ring the bell rope.

Temples have the silent ability of taking a location and making it yours.

The original function of many temples was a protective one. They were a place to protect your “village” or “town.” As a sort of communal center, they also served as the hubbub of annual festivals, such as ennichi or matsuri, most often held during the dog days of summer and beginnings of fall.

At New Years, many visit their local temples for the first shrine visit of the year (a hatsumoude). In the spring, the temple grounds burst into color during cherry blossom season.

When not in the center of action, temples receive daily meanderers. Some (like me) visit for a nice walk/detour from commute. Others wander through to offer a prayer of success, hope, or grief.

I would often stand off to the side, or sit on a bench, and watch the successive visitors as they walked up to the altar, and wonder what it was they were praying about.

Click here to see this in motion. (video taken by author)

During my walks, I also found the many different faces a temple will show throughout the day. The starkest difference, I think, was at night. Once in the summer, I came home later than I usually did, walking out of the train station right when it began to grow dark. It coincided with the onset of the intense heat that was to take over Japan in July and August—and so I was quite sweaty and tired.

After walking past the little restaurants and shops that had their warm, yellow neon lights lit, I glanced over at the temple to see it aglow as well. Little lantern posts lined up along the walkway, leading to two large lanterns on either side of the front of the temple, which I had never noticed before.

Instead of going straight to my grandparents’ house, I took a little detour to another temple close by, and saw a similar sight—several series of stairs lit by rather ghostly lanterns. Because the dark obstructed most of my sight, and the birds were asleep, I heard and felt things I could not during the day. You could almost feel the place breathe. It felt alive.

Whenever you find yourself in Japan, I recommend you search out these neighborhood delights, and see what surprises you will stumble upon in your adventures. Japan shows its beauty and life in unexpected places.