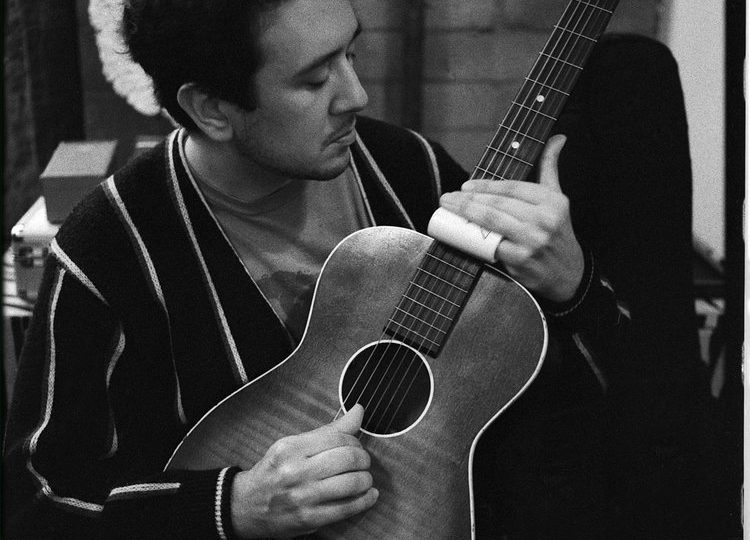 Sometimes a song comes into your life seemingly at random, and it forms the baseline of your existence from that point on.

It happened to me January 2017. I was living in Los Angeles, at my first live show of the year. I’d just discovered a band called King Washington and learned one of its frontmen, George Krikes, was playing an acoustic set at a new-ish joint on the Sunset Strip, a wood-paneled, cozy cavern aptly called “The Attic”.

The song was untitled back then, at least as far as I knew. I was pretty emotional that night, trying to get over a two-week fling. By the time I showed up at the venue, George was already onstage, teasing out the intro to a song. I closed my eyes and let the clean guitar lines soothe my bruised ego. Somewhere in the first verse, the lyrics hit me:

“So go find answers, go find proof
Let the wings of your spirit guide you
Go find new love, take it in
And let your heart break again and again.”

I nearly fell off the stool. How could he have known exactly what I needed to hear at that moment?

Half a year later, I returned to the same venue with a new date. George was playing again and I was doing my best to move on. By then, I had gotten to know George so I felt confident enough to approach him and request the song.

This time, what landed was in verse two:

“Now I finally realize
That you, you gotta be set free
And I’m gonna be all right
And you, you’re gonna find yourself
Just wait and see…”

Though I’d forgotten the lyrics, my subconscious mind remembered. Or at least suspected. Hearing the song again was healing. It was the reminder, the push I needed to strengthen my resolve.

“It stands for ‘love you, miss you.'” he revealed when I asked. “That is what me and one of my exes used to say to each other because I was always out on the road.”

The five tracks were inspired by that same relationship, including the now titled, “I Don’t Need You, You Don’t Need Me.”

“That song was just completely me as far as everything that was recorded on it. I tried to make it more general, about things I want to remind myself. It still has little touches of the sadness of losing someone but there’s also the need to move on and find peace in the closure, not hate.”

The rest of the album follows suit. From the melancholy musing in “A Long Time Ago” to the more upbeat “It’s Not Over,” through the hypnotic “Come Be With Me Awhile,” and the crisp, clean guitar in “The Right Combination,” George explores what he calls “different points of the ‘getting over it’ journey.” His lyrics are honest, sometimes brutally so. Relationships tend to be messy affairs, no matter how black and white we might want to make them out to be.

“I can be a real monster, I can be pretty sweet
I could stop you from falling after I pull the rug from your feet…”
(from “The Right Combination”)

But this California-based musician is a master storyteller, even without words. He can tease out longing in a chord progression, draw out loneliness from a lingering slide. I can picture scenes while listening to the music: sitting at a fireplace on a cold evening, staring out the window of a train (or van) going down a long country road, spending a dreary Saturday with a bucket of raindrops for companionship.

For the recordings, he got a little help from some friends. “The guitar and the vocals were the first things that I did, and I did those just at home. Then I worked with Ross Garren to re-conceptualize certain things and think of what other instruments could go here and there. It helped to have him keep the emotion grounded. And we had some other great performers including David who played drums in King Washington.”

“I Don’t Need You, You Don’t Need Me” has certainly grown up since I heard it last, with a new call and response bridge. I fell even more in love with it, and said as much.

“I think you heard the first time I ever played ‘I Don’t Need You’ and it stuck in your craw. So that was a good sign.”

Indeed, the song continues to ring true for me to this day Its meaning has changed. I can listen to it now without clinging to it. During our conversation, I confessed to George that his music not only helped me get over one instance of heartache, it had also served as a compass to find my way through anything I had to let go of, from past loves to past versions of myself which no longer serve me.

It’s funny how such a seemingly simple concept could mean so much.

“These songs aren’t trying to be experimental classical compositions or crazy King Washington arrangements. I wanted these to be a bit more from the heart and intimate.”

They are. And I highly encourage you to find your own guide in them. Because sometimes what speaks to us the strongest is not in the loudest voice. It’s in the quiet moments, when we can truly listen and hear ourselves. Bonus when accompanied by some killer slide guitar.
—