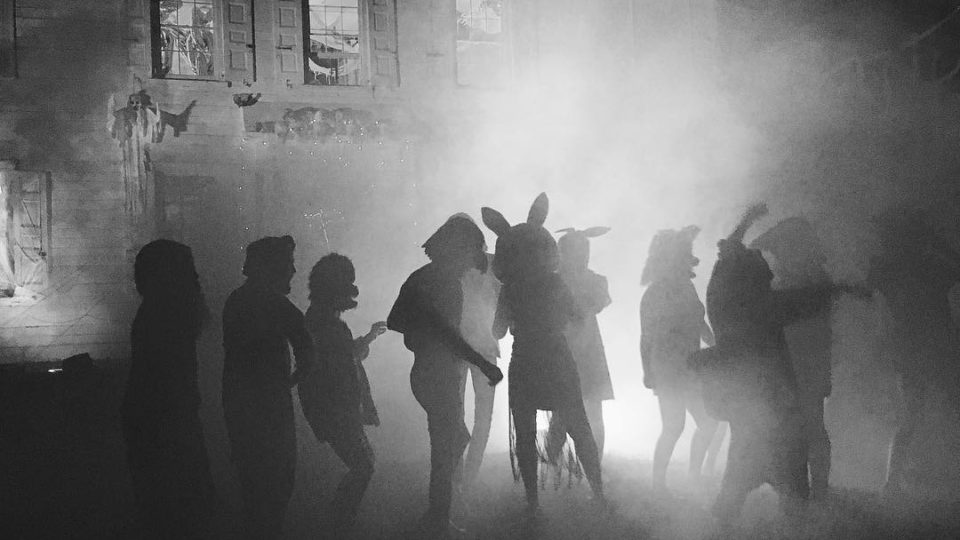 In celebration of the spookiest month of the year, I have put together a playlist of some rock, blues, soul and more. As the mix progresses, we move away from the good old fashioned pumpkin jams to something a little wilder, a little darker and more untamed.

Just look at this album cover. Is this not the most hardcore Halloween banger album art you’ve ever seen?

As we descend into October, cool mists roll across campus and the veil between our world and the supernatural grows ever thinner. There was a new moon on Sunday, a good time for reflection and refreshing for this next cycle. Cultivate an intention for this month, set a little energy aside to reach a goal, whether personal, academic or otherwise.

Happy Libra season, you beautiful foolish Libras. There’s a full moon early in the first decan of Scorpio this year. A full moon means that it’s time to cash in on the energy you’ve put toward making or manifesting something. Use this energy for good, act where you have previously refrained. Come out of the shadows and into your own this October.

We kick off this playlist with a romp into the world of B-list zombies, werewolves and vampires with The Heavy’s “Can’t Play Dead”. Imagine you’re sprawled across your couch on a cold October night, as the wind howls outside and tree branches rattle against the windows. The TV is tuned to a channel showing old school horror movies. You’re starting to fall asleep and as your dreams grow strange…

The Heavy is a rock band of four that hails from Bath, England. In this decidedly monster mash vibe, “[‘Can’t Play Dead’] feels like the soundtrack to a zombie B-movie” according to lead singer Kelvin Swaby. With lyrics like “Walks like a zombie / talks too cold / lives in a graveyard like the one I call home”, the song comments on the cutthroat and profit-driven cycles of the music industry.

The drama of this absolute Halloween banger is topped with a homemade feeling claymation music video. The music video showcases the song’s “filthy garage riffs” and is complete with nods to monster movie imagery and sound.

We finish off with a personal favorite of mine. There’s nothing like a children’s choir on backing vocals to make it feel like someone’s walking over your grave. The project is led by Hollywood beloved actor Ryan Gosling and his friend Zach Shields. The two first connected in 2005 over their shared obsession with all things supernatural, and embarked on creating what would be the album “Dead Man’s Bones”.

The album centers around an almost fireside retelling of a monster-ghost love story. Every instrument was played by either Gosling or Shields themselves, even instruments they had never played before. They incorporate the Silverlake Conservatory Children’s Choir to give it that extra eerie and honest feeling. Experimental, weird and so much fun, I highly recommend you give this album a listen if you’re into the thematic and dramatic. Read more about the project here and check out Pitchfork’s review!

These jams are guaranteed to get you in the mood, whether you tear it up at a house party, or run howling at the moon this Halloween.

Listen to the whole playlist below!