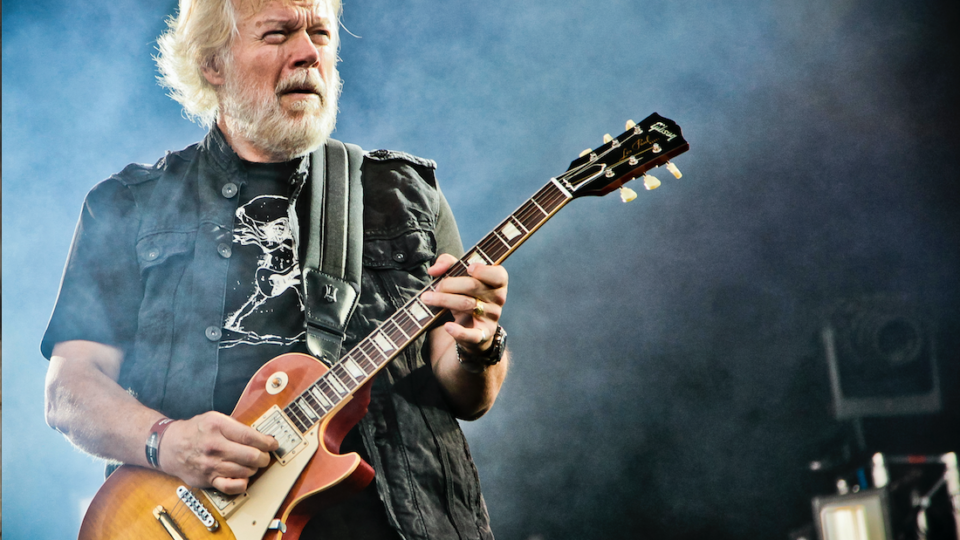 On Saturday night, Randy Bachman took the stage at the Englert for a truly memorable intimate concert. The stage boomed with fantastic guitar riffs and stories from the past that show just how much history Bachman has seen in his over 50-year-long career. Sitting only feet away from this icon of Rock was something that I will always remember, but this concert was made especially special because I was seeing it with my father, who saw Bachman back in 1976.

This concert was very different than others I have seen in the past. This event had music that existed decades before I was ever born, yet they still hit parts of my soul like they did to the then young adults of their heyday. Bachman even mentioned the use of his song, “Laughing” by The Guess Who, is used in the new Joker origin movie teaser trailer. Yet another example of how his music is a timeless addition to the world. The music was just one part of the concert though; stories from Bachman’s past took center stage as well.

Randy Bachman reminisced about the origins of many of his famous songs that had some strange and entertaining starts. One of these was the famous song, “American Woman” by The Guess Who. They band was playing a venue and while in the middle of a long set, Bachman’s guitar string broke. They took a short break and when he had his guitar re-stringed, he tuned the instrument and enjoyed the new chords he was playing.

He told the singer to sing anything and the band to follow his lead. That was how this iconic song was created. He later referenced how mere need was also a motivation of art due to the lead singer losing their voice the day of a concert while touring. Bachman, an insecure singer, took the mic and played a song he longed to play for an album, sang “Takin’ Care of Business” (Then called, “White Collar Rider”) and thus another icon of rock was born.

This concert showcased the still impressive guitar skills Bachman has. Every time the musician opens up on his guitar during solos the entire audience rose to their feet to cheer in awe at this aged master guitarist. It is always an enjoyable experience to see an artist like this who has affected the music industry over the course of their career.

One thing I noticed, and which happens very often when I attend certain concerts of musicians of this note, is that I am always the only person or part of the few under 40 years old in the audience. That being said, the energy of the crowd was still heightened and fully engaged by Bachman when he was on stage. This concert, titled “Randy Bachman’s Every Song Tells a Story” was definitely one for the books. It will always hold a special place in my heart due to the intimacy of the venue and the history the artist brought to every moment.

Check out Randy Bachman’s “By George”, an album devoted to famous member of The Beatles, George Harrison.

Click the links below to check out some of Randy Bachman’s music:

Laughing –  The Guess Who

You Ain’t Seen Nothing Yet – Bachman Turner Overdrive