Tags: 89.7 FM KRUI, 89.7 KRUI, acoustic, acoustic guitar, BALLAD, break up song, favorite, favorite songs, i swear this time i mean it, i'd hate to be you when people find out what this song is about, jen, jen moulton, Jen's Top Tens, just say you're not into it, kids in love, krui, KRUI.FM, love song, mayday parade, moulton, one of them will destroy the other, piano, piece of your heart, sad, sappy, still breathing, sunnyland, terrible things, three cheers for five years, Vans Warped Tour, warped tour, warped tour 2018, when i get home you're so dead 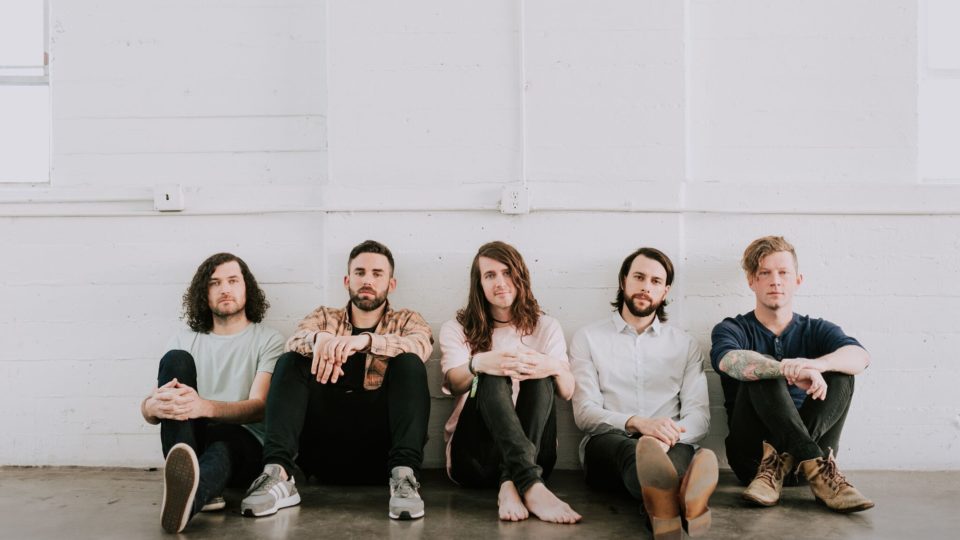 Did someone say… new Mayday Parade music?! Yep, you read right. Mayday Parade is dropping a new album on June 15th called “Sunnyland,” which follows up their 2015 release “Black Lines.” To be honest, I haven’t really been vibing with MP’s last two albums, but I’m actually quite optimistic about this one. Not to mention, their album drops right before the start of the last cross country Warped Tour, so of course here are some songs that I would love to see live!

“Piece Of Your Heart” is the first single that MP dropped in anticipation for this album, and I gotta say that I love it. As I mentioned before, I wasn’t the hugest fan of their last two albums, but this song actually has me looking forward to their new album. It feels reminiscent of early Mayday, which as you’ll be able to tell soon, is my favorite era of MP (thus far). The lyricism is similar to their “A Lesson in Romantics” days, something I didn’t know I wanted to hear again. The instrumentation has been cleaned up since their last album (which IMO was a failed attempt at trying to “get back to the roots” of pop punk) and from what I’ve heard of the new album, it sounds like it will flow smoothly.

If there’s one thing that MP is really good at, it’s sappy ballads. This song, from their sophomore album “Anywhere But Here,” features an acoustic guitar paired with soft vocals from lead singer Derek Sanders. The tempo is pretty slow, almost as if Sanders is singing a lullaby. The song slowly builds, the music crescendoing from the slow tempo to fit smoothly with his gentle voice. Tbh, I could totally listen to this on repeat until I fall asleep. His voice is so soothing.

“Kids In Love” is another track from their sophomore album, and it’s also the first song I ever heard by the band; I was in 7th grade and thought that I was so in love with the guy I dated that year *cringe*. For as cringey as that is, it felt so applicable at the time – “We were just kids in love / the summer was full of mistakes we wouldn’t learn from.” Despite the memories of my first puppy love, this song feels timeless to me. The instrumentation stays interesting during the entirety of the song, and the lyricism doesn’t feel like it was directed at 13 year olds.

This song hails off of their first and most celebrated album, “A Lesson In Romantics.” At the time, Derek Sanders was a co-vocalist with Jason Lancaster, who ended up leaving the band and joining Go Radio (before they broke up and he went solo). This break up song is so 2007 – not sappy and sad, but savage AF. The lyrics basically allude to the fact that the girl is a cheating whore and she won’t ever change. One thing I love about the lyrics is that it doesn’t sound cheesy AF, like some songs I’ve heard calling out ex-girlfriends for being whores. Instrumentally, the guitars sound angry, which helps the direction of this song channel the angsty side of pop punk.

Eeeeeek, this song is so sad. This song was written by drummer Jake Bundrick, who found out that his girlfriend of five years cheated on him (and she told him on their anniversary, nonetheless). This piano ballad features a back-and-forth vocal trade off between Sanders and Lancaster, with vocals sometimes overlapping each other, but in my opinion showcasing the conflicting thoughts of a break up and how to deal with the news of your S/O cheating on you. I love that MP are able to tell stories of break ups in completely polar-opposite ways (see choice 4). The twinkling piano, the switching vocals, the overlapping of thoughts – they all culminate into a song that brings out emotion I didn’t even know I had.

“Still Breathing” starts off with a somber-sounding guitar, the chord blending seamlessly with Sanders’ vocals. Drums subtly come in throughout the verse and eventually build up into the chorus, which isn’t anything mind-blowing, but isn’t overly simple and boring either. I don’t really know what draws me to this song, but I enjoy it nonetheless.

Let me tell ya, this EP was *~amazing~*. This song follows the hearts of a conflicted relationship, where the two are fighting, however they want to forget about it for the night and “bring their hearts back home.” I love the way the song starts off, with the lyrics “In a show of hands / who has ever said these words before? / And in a show of hearts on the floor / who has ever meant them more?” I thought that line was just cleverly crafted and didn’t even need to be explained for it to be understood. That right there my friends, is good lyricism.

8.) I’d Hate To Be You When People Find Out What This Song Is About

Long live the days of long song titles – can we bring that back please? I heard some rumors that “Sunnyland” will have more long titles – yay! Anyway, back to this song. The main reason I love this song so much is because you can hear so much emotion in both of the vocalists voices, but especially Lancaster’s when he jumps into the chorus. I honestly don’t really know what this song is about, who it’s about, what’s going on, but it makes me feel. It’s the weirdest thing – but hey, that’s what music does to ya. Also, with the guitar solos and the way that the song builds, the song flows together so smoothly and makes me want to throw down.

Okay sorry, we’re going to get sad again. But this song is just. so. beautiful. The narrator, a father, is telling the story of the father and mother – when they first met, when he proposed, and when she told him she’s sick. I mean, shit. Paired with the somber piano, this song is so sad and evokes so many emotions. The father is telling the son “So don’t fall in love / there’s just too much to lose.” and “Now son / I’m only telling you this / because life can do terrible things.” This song is basically a Nicholas Sparks book summed up in four minutes.

10.) One Of Them Will Destroy The Other

This song is one of the songs I actually like from their 2015 album, “Black Lines.” I love how raw this song sounds, in terms of instrumentals and in vocals. Sanders experiments with some more screaming, a change that really shook up their discography since Lancaster left the band. Some fans were disappointed, citing that MP is a band they go to for more sappy, heartfelt songs, not heavier music. However, I thought this was one track that actually did a good job of capturing that raw, stripped down sound that they were looking to do for the album. I don’t think it completely worked out for them – I saw them live shortly after this album was released and they played 3 songs out of a 20 song show from this album. That being said, the songs they did play were the good ones, so I wasn’t too disappointed.

So there you have it! I’m really excited to hear what their album will sound like, and of course, I will see them live at Warped this summer.