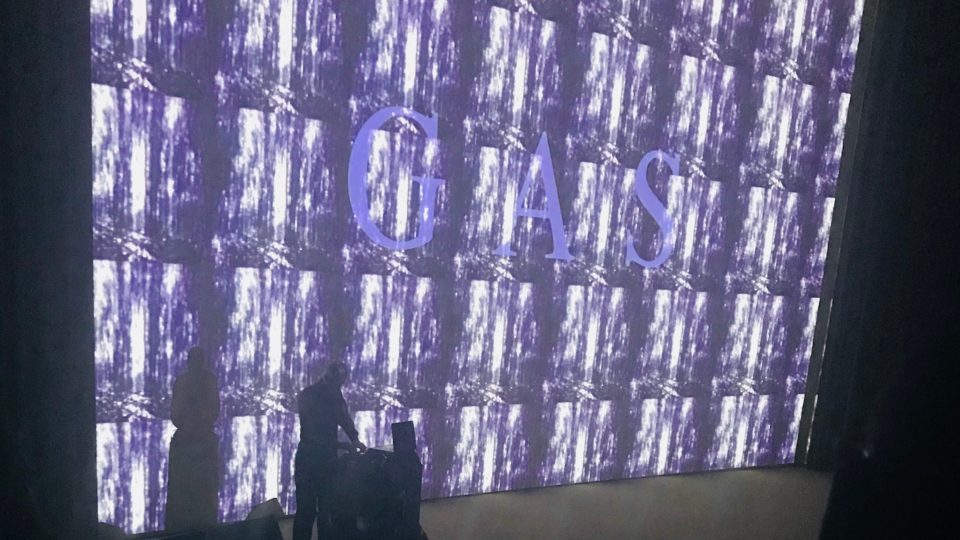 The allure of Wolfgang Voigt’s enigmatic persona aptly mirrors the qualities that make his minimal techno so compelling. Silver-haired and often reclusive with a hint of austerity, the ambient producer’s wordless and pensive music emanates an otherworldliness that makes a live setting difficult to imagine. Emotional weight and profundity hang in the air like a misty rain, yielding a tantalizing tension for listeners.

This relationship is particularly apparent with GAS, the German’s most influential alias to date (of which there are too many to count). After a flurry of four notable album releases at the end of the 20th century, the entity seemingly ceased its public existence, spare a handful of singles for compilations on his founded label, Cologne-based Kompakt. Through its releases over twenty-plus years, Voigt’s modus operandi has been readily apparent, albeit indirectly. Artists often marry his trademark 4/4 drum beat and transparent melodicism with tasteful restraint.

The same could hardly be said for the tempering of any collective anticipation ahead of GAS’ audiovisual performance at the Art Institute of Chicago, a fitting venue for the only Midwest stop on Voigt’s first US tour in 9 years. Less than twelve months removed from his stunning comeback Narkopop, an ambitious concept album recreating the hallucinogenic wanderings through the forests in adolescence, the conspicuous lack of detail surrounding the show left much to the imagination. By the time that his all-black silhouette emerged from the periphery of the auditorium, the surrealism of Voigt’s presence and artform merged into one, leaving only the spectacle of his remarkable talent.

What followed was equal parts magisterial and difficult to comprehend. Narkopop played without a single utterance coming from the stage, nor a pause in the billowing swells of its ten sections. From the onset, the chromatic spread behind Voigt’s setup shifted and morphed into an arboreal masterpiece; each song grew out of indistinguishable colors and shapes into stooping branches and vivid flora. Meanwhile, the soundscapes crafted from a combination of synthesizer, programming module, and a Macbook left a figurative cloud stretching outward toward the audience, helped along by the ingeniously streamlined delivery of its low-end rhythm section.

With each seamless transition from track to track, a panning backdrop helped communicate the music’s awareness and sense of space: where one track’s flats and sharps created a sense of claustrophobia, the next hovered lightly in luminous delight. Further, the rotating color palette of a deciduous canopy pushed forward with an ever-present kick drum, prevented the possibility of the movement becoming stagnant.

In part due to its visionary composition, and in part due to favorable acoustics and sound engineering, momentum permeated the space from the front row to the top balcony. Elusiveness, whether by curiosity or impending doom, was a constant force for the entirety of the show’s eighty-odd minutes.

The physical experience of GAS’ return was both contiguous with and distinct from what can easily be considered an immaculate electronic recording. Layers and subtleties within the record appeared in starkness and grandeur; allusions to the natural world were domineering and imperious in their stature alongside the twists and turns of veering projections.

In the wake of the set’s final moments, the room exuded tangible nostalgia of the halcyon days from which Voigt’s inspiration was derived. As the final, kaleidoscopic visuals transformed, three letters emerged: G-A-S. Almost painfully direct, and with a quick wave to the crowd, the darkly dressed figure was gone, but the eminence of his creation remained. His work a marvel, and his stature immeasurable.

Pre-order GAS’ Narkopop follow-up, Rausch, out May 18th, and available for pre-order here. Get discounts on Torrid.com.