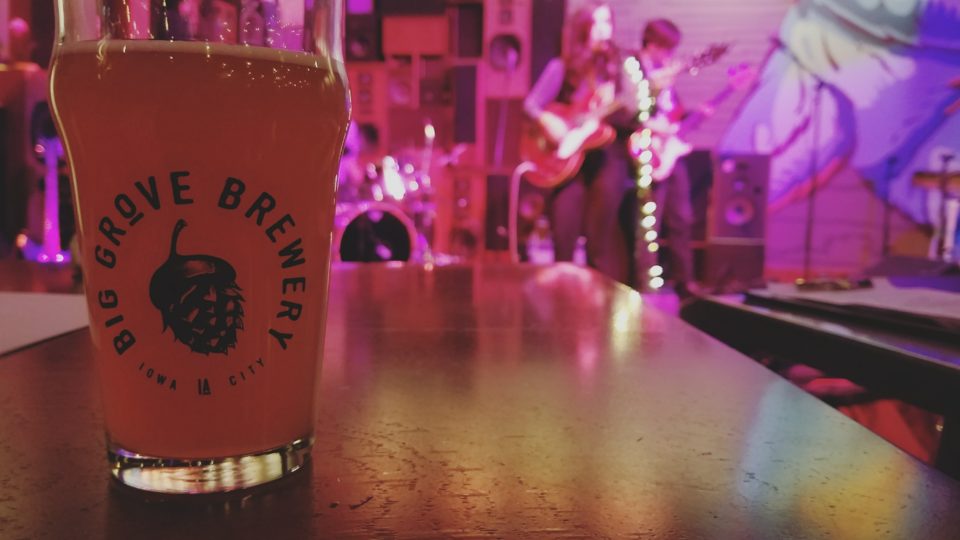 Tristen’s band played as she danced her way onto the stage for her first song Saturday night at Big Grove Brewery’s Big Free Show.

Tristen was closing out the night after 6 bands played throughout the day making for a great excuse to spend a full Saturday listening to great music (for free!) and drinking great beer.

Tristen came on around 8 and pulled in a good sized audience around the stage, and by the middle of the show had grabbed the attention of others hanging out at the bar.

I don’t know if a brewery was the best setting for a show like this, the sound of everyone talking at booths and the game room made it hard to truly enjoy the music. For the last song, she even took time to ask everyone in the room to be quiet for about 3 minutes.

Tristen and her band didn’t need to say they hailed from Nashville, Tennessee because it was clear based on their folksy rock style alone.

A good comparison of Tristen’s music would be to the Cranberries. What I liked most about her live show that I thought was different from her albums, was that a lot of her songs sounded more like blending of the folk and dreamy rock genres.

She’s clearly a talented guitarist, despite the steel guitar being as big as she was, but her lead guitarist may have outshined her during a few solos.

The guitars combined with the rhythmic drums and bass lines made for a great set and had everyone swaying or dancing along.

Her lyrics ranged from serious to funny, touching on topics like getting to married too young and for the wrong reasons to booty calls and being lonely, but a personal favorite of mine was about a psychic vampire.

My favorite part of this show was how into her audience she was. There were times when she walked in front of the crowd just playing her guitar making eye contact with the people in the front.

She also cared that people in the place were paying attention, or not ruining the experience for people that wanted to pay attention.

I hope Tristen comes back to Iowa City, or Mission Creek, to one of the better venues Iowa City has to offer so that more people can see and appreciate this artist not in what felt like a background setting.