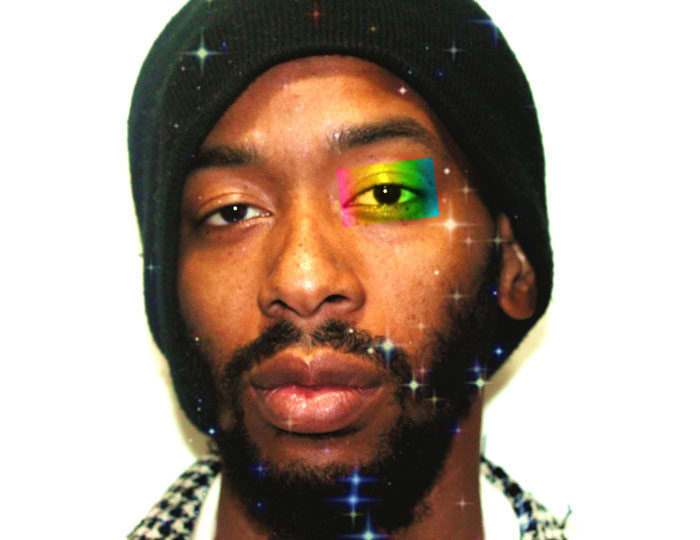 The abundance of distinction between writing and recording electronic music in a studio and DJing in a live setting is so significant that few artists can successfully have their feet in both camps. Streamlined house and techno pleased crowds just as easily as sweetly crafty synthesizer riffs can mark a truly talented producer. In the war of words between one’s explorative creative voice and that with an itch to entertain, a stalemate amounts to an idealized place rather than a true possibility.

With a show that dipped its toes into dub, Detroit techno, and funk, Iowa-City based Purcha$e strode the line admirably through his embrace of the obscure; his music was as out of step as multi-color Christmas lights strung across the ceiling of the Iowa City Yacht Club in April.

Unlike the smooth collage of a well-curated mix, it was clear after only a few tracks that the beauty in the spaced-out dance music came not from what tied each song together, but in how layers of contrast allowed them to drift further apart. In his world, points are scored for sounds with jagged edges and sharp cuts, all while staying in touch with his best intergalactic qualities.

After a jarring intro that featured howling Arabic on top of a Motown drum beat, a tight spiral hook brought the crowd into motion. Equipped with only his grey laptop under the yellow light of the stage, carefully blended tempos helped the punchy acoustics contract and expand as they bounced off of space’s dingy brick walls.

“Love Again”, a month-old single, and perhaps Purcha$e’s most polished offering yet, packed the musician’s most redeeming qualities into three minutes like a Chris Carter tribute; slightly anthemic in its downbeat delivery, fidgety melodies squealed from the stacked JBL’s on either side of the stage. With each glance up at the shuffling crowd, a coy smile confirmed that he was completely contented in his element.

As time passed, tracks picked up additional layers of grit like a snowball rolling slowly downhill. “Vice District #4” and “Tropic Blue” from last summer’s seven-track mini album brought an added boost to the bottom of the EQ, while the detuned chord progressions that ensued leaned on rough, uneven textures. Unlike the retro backbone of earlier tracks, which merged Latin rhythms and soulful claps with bloated bass and kick drums, the final third eschewed any sense of comfort for intensity brought by climbing BPMs that called to mind footwork or dubstep.

The further each song drifted from center, the more appropriate it seemed for the Iowa producer to be opening for Laurel Halo, whose polyrhythmic sound experiments on Hyperdub have been met with unfettered critical acclaim. Where the grooves found in Purcha$e’s live show are inviting in the directness of their loops, Laurel’s are disjointed, chewed up and spit out through layers of distortion, but are no less captivating.

With one final juke, Purcha$e shifted down a gear to make room for a subtle onslaught of apocryphal chants, an appropriate return to the trance-inducing ephemera of the show’s opening minutes. The sinister riff that followed was the sonic equivalent of a room full of art-folk trapped in a darkly lit basement. Matched with a loathsome low-end punch, the jam fizzled to completion, and so too did an unquestionably enjoyable set.