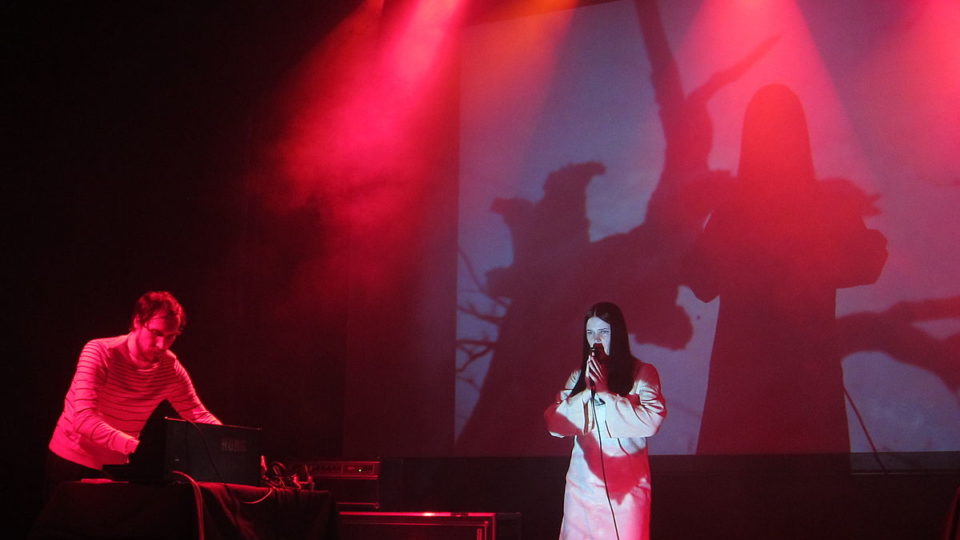 This week, I interviewed a graduate student named Ellen, who recommended that I review the album “Tender Buttons”, by Broadcast. Let’s get the bean rolling.

“I would say I mostly listen to lo-fi indie. I’ve been listening to a lot of sensitive indie recently, kind of on the grungy side of things.”

“I would say an example of lo-fi indie would be Neutral Milk Hotel, but a lot of music from the 90s-earlier 2000s would also fall under this genre, like LCD Soundsystem, Modest Mouse, Slowdive, bands like that. I’ve found that there has been a huge resurgence of lo-fi recently! I mean, you might even think of a band like Beach House as being kind of lo-fi. The best way to think about it is like on old radios, how you can turn the dial from lo-fi to hi-fi. Lo-fi gives you more of that buzzy, high static-y sound, whereas hi-fi gives a super clear sound. I guess contemporary examples of lo-fi are Broken Social Scene, Angel Olsen or Mothers, which is a pretty new band.”

How long have you been listening to this genre of music?

“I feel like I started delving into indie in my later years of high school. I entered the scene around 2008/2009, which was a prime time for indie music. I feel like this time period was the peak of when bands like Feist and Vampire Weekend started emerging. It was also during the hipster revolution, where everyone wanted to be a hipster, so it was super easy to access that kind of music.”

What do you think you would categorize your music taste as?

“I think, for me, when organizing the characteristics of my music taste, it’s easiest to think in terms of decades, so things that have a 50s flare, or a 70s flare, or a 90s flare. I guess it’s all of the odd-numbered decades in a way. I love 50s music because of jazz like I love Chet Baker, and because of true country, which was the genre of Johnny Cash and Patsy Cline. I like things that are rough around the edges but have a real emotional core. I guess as far as the 70s goes, I’ve been listening to a lot of Fleetwood Mac and Steely Dan for some reason this year. I don’t know why, but it’s kept me so solid. There’s so much of a revival of the 70s right now with bands like Tennis. And the 90s of course, we are just living in the 90s all over again right now.”

What are you recommending that I review in my column?

“I picked an album called ‘Tender Buttons’, by a band called Broadcast. It’s a cool, kind of moody girl band from the early 2000s. I think the album came out in 2004. It’s kind of experimental and it didn’t quite get the acclaim that I feel like it deserves. It’s got super weird lyrics. It reminds me of a band that’s currently out right now called Melody’s Echo Chamber, which is produced by Tame Impala. It’s a super cool album and I hope you like it.”

How long have you been listening to Broadcast?

“I found them like three or four years ago. It’s just been a staple album for me. To me, there’s a sense of refinement to it, like they never get too over the top, but they build such an emotional core through really strange lyrics and minimalist sound, and there’s also that lo-fi, grungy sort of element at the base of it.”

Broadcast was an English indie band that was founded in 1995 by Trish Keenan and James Cargill. The band released a total of three albums. Throughout the majority of the band’s career, they had other members who played instruments for various periods of time, but Trish and James stuck together until 2011 when Trish suddenly died from the swine flu.

“Tender Buttons” was the third and final album by Broadcast, which was released in 2005. There are a total of fourteen tracks on it, making the album 40 minutes and 34 seconds long. I listened to all of the songs and decided that I would review the album in its entirety, the song with the namesake of the album, my favorite and my least favorite. Let’s start with the namesake.

So the title of the album, as you know, is “Tender Buttons”, and there is a song with that title as well. I really, really like the intro to this song. It mixes the strumming of a guitar with the strokes of a cello. It’s really cool. You kind of move your body along to it…until the words start. I say “words” and not “lyrics” because Trish keeps a monotone throughout the entire song and just repeats random words. I noticed that she says words that being with the letter C nearly 30 times. I don’t know what the significance of the words are…they don’t make any sense together. The last few phrases she says are “Die. Cut. Die. Cut”, over and over again. It’s kind of scary if you listen to the words…so don’t. Here’s the link.

My favorite song on this album is “Tears in the Typing Pool”. I think it’s because it has a Lana Del Rey sound to it. Lana does try to have a lo-fi sound to her music, now that I think about it. She idolizes music from the 60s, so it makes sense. I noticed that this song is the only one out of out of the entire album that is acoustic and clear enough for me to understand the lyrics, which make more sense than in the previous song! I think it’s about an oncoming break-up. That’s just how I interpreted it, though. Give it a listen and see what you think.

My least favorite song on this album was “Arc of a Journey”. I hate to say that I disliked it because the first four minutes of it were fine, but the final minute of the song just really hurt my ears. Honestly. It was miserable to listen to. I don’t know what is happening but it sounds absolutely horrible. You’ve been warned! The instruments used in the good part of the song kind of remind me of a Postal Service song, who I like! I just didn’t like the ending! I can’t understand the lyrics in here, so I had to look them up. They don’t make sense, but they’re all about space and constellations so I guess they’re supposed to go together…I’m just not deep enough to interpret them. If you choose to listen to this, beware! After four minutes, your ears may or may not start to bleed.

After learning about lo-fi, I can confidently say that “Tender Buttons” falls into that category. It has a really grainy and static-y sound to it. Trish’s vocals are so muffled that I can’t really understand the lyrics, but I guess that’s the point of the genre. I appreciate the unique use of instruments throughout the album and the clashing of notes found in nearly every song. The sound is really unique; it’s not eerie but it’s not comforting either. As a side-note, there are a couple of songs that are completely instrumental in this album. No vocals at all! I wasn’t expecting that, but I liked it. This is the perfect album to listen to when hanging out with your best friend on a Friday night, doing absolutely nothing. Here is a link to the entire album if you want to give it a go

So…yeah. That was an interesting ride. I think that Broadcast has a really interesting sound, but I don’t think I’m as into lo-fi as I hoped I would be. For me, to get connected to a song, I have to understand the lyrics and they have to have meaning, but in this case, it was hard for me to understand what Trish was singing so I couldn’t feel as many emotions as I had hoped. That may not be the case for other people, it’s just what I found. On the other hand, the more I listen to this album, the more I like it. Also, just putting this out there: I am not liable for anything that may or may not have happened to you after that last song ended. Just saying.

If you want to read more about Trish Keenan’s legacy she left behind, read this article published by Pitchfork.

James Cargill recently dropped an album with his new band, Children of Alice, which is in memoriam of Trish, so if you want to listen to more music that is associated with this band, click here.