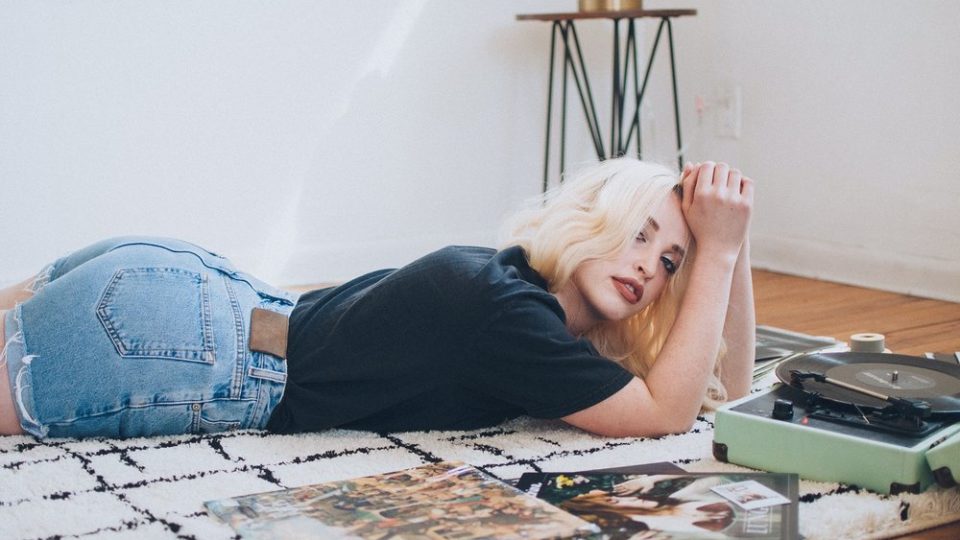 Elizabeth Moen will be performing at The Englert Theatre on Thursday, April 5th at 8 PM for Mission Creek Festival.

Moen is an Iowa native and graduated from the University of Iowa recently. She is a self-taught guitarist and jazz/blues singer alongside growing in popularity with the general public.

She wrote, recorded and released her first album locally and often returns to Iowa City to venues such as The Mill and Big Grove. Moen writes her own music, inspired by artists such as Stevie Nicks, Angel Olsen, Lake Street Dive, Joni Mitchell, and the Alabama Shakes. All of these are also conveniently bands I love listening to, and their influences definitely emerge in her music.

Her first album showcases her vocals more than anything else, but I don’t know if it’s possible to keep them hidden. It holds so much power. Stevie Nicks’ influence definitely comes out in “Keep Your Love,” particularly vocally. Lake Street Dive also has a very strong presence throughout the album. Although it is easy to spot Moen’s inspirations here, it’s also very clear that she has something entirely her own going on in songs like “Lost It” and “Songbird.” It’s personable, almost like the listener is one-on-one with her. Moen and her voice have built a home.

Though her self-titled album is astounding, it is clear that Moen has developed her musical talents and songwriting abilities by “That’s All I Wanted.” The album features twelve other Iowan musicians such as William Elliott Whitmore (folk and country singer) and Dana Telsrow (guitarist, also performing at Mission Creek Festival 2018!).

I also personally love Moen’s cover of “I Put a Spell on You,” originally popularized by another jazz and blues singer Nina Simone. Her deep, rolling voice captures the song perfectly and adds a new layer of movement to it.

She also released a cover of Daniel Johnston’s “True Love Will Find You In the End.” This cover really showcases Moen’s voice in a folky Americana tone in a way not overtly noticeable in her other songs. Listen to both below!

Moen has had the honor of performing with a lot of other really talented artists, such as Caroline Smith, Lake Street Dive, and Lucy Dacus. She will be playing alongside The Weepies at Mission Creek Festival 2018. I haven’t even seen her live yet but she’s already made her way onto several of my playlists. I can only imagine how much more powerful she would be on an empty stage.

Check out who else is coming to Mission Creek here or on KRUI’s website!