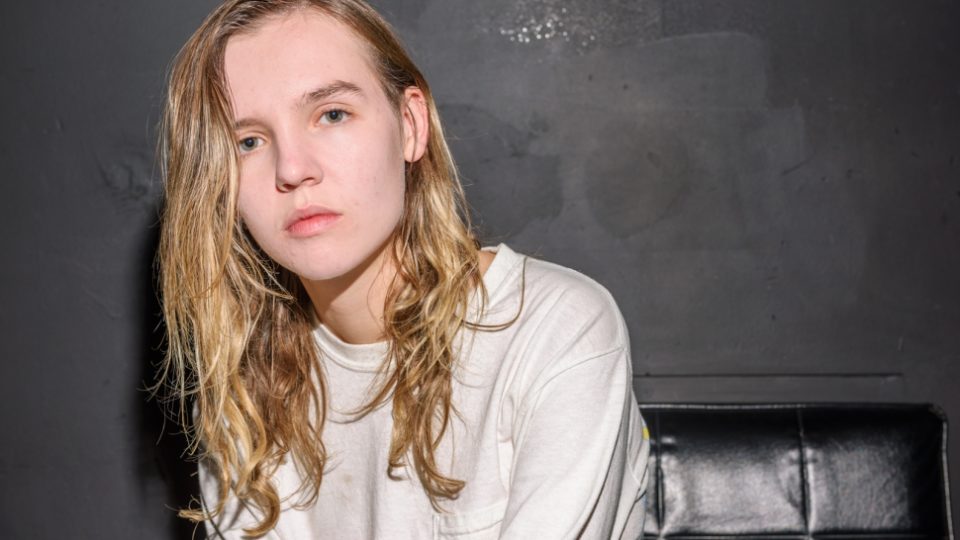 Hi again! This week, I interviewed another sophomore named Annie, who recommended that I review The Japanese House’s EP, “Swim Against the Tide”. Let’s get the bean rolling!

“Modern rock and rap, those are definitely my two favorites!”

Who do you listen to the most?

“I listen to Tame Impala, The Japanese House, Cage the Elephant, and then in rap, I listen to a lot of Chance the Rapper and Drake, obviously. I didn’t listen to Kendrick Lamar that much until his new album, but I really like him now, and I also recently started listening to Brock Hampton and I love them. I also like SZA, but she’s not really rap, she’s more R&B, I guess.”

How long have you been listening to modern rock?

“Not long, I mean, in high school I just listened to mainly what was on the radio and Lana Del Rey, but once I got Spotify during my senior year of high school, I started to branch out.”

How long have you been listening to rap?

“Forever. I have two older brothers, and one of them was really into Kid Cudi, so I got into Kid Cudi in middle school, and he liked ‘Graduation’ by Kanye West, so I remember listening to that a lot with him around that same time period.”

How would you define your music taste?

“It is the most spastic thing ever. The playlists that I create make no sense cohesively. The songs can vary from The Japanese House to Drake, from Tame Impala to Lana Del Rey or Cigarettes After Sex. I just like a random collection of music. I guess I don’t make very good playlists because whatever I’m listening to, I just throw it all together. They honestly don’t really make any sense.”

What are you recommending I review?

“The EP, ‘Swim Against the Tide’, by The Japanese House.”

“Probably a year and a half, or close to two years.”

“She’s kind of got an electronic/psychedelic/rock-y vibe, but also lyrically, it’s really cool. She kind of reminds me of Radiohead. In interviews, she said she was inspired by them and one of her biggest inspirations for her music was their album ‘Rainbows’, which is one of my favorite albums ever.”

I’ve known Annie for a while, and for as long as we’ve been friends, she’s been raving about this band. She’s seen The Japanese House twice, she loves them so much! Above is a screenshot of an Instagram post from her first time at their concert. I can still remember how excited she was! I, on the other hand, have never listened to them, so I’m excited to learn more about them.

The Japanese House is an indie pop band hailing from England that is made up of just one artist; Amber Bain. I guess I would never have known that had I not researched it, as I always assume artists with names like “The ____” or “Owl City”, for example, are bands, but sometimes it’s really just one person! She is the singer, the guitarist, the synthesizer, the keyboardist and the producer. Talk about an independent woman.

The name of her self-driven musical career was inspired by a place in Cornwall that Amber and her family frequented when she was a child. She recalls that there were many Japanese tea houses throughout the property and that her experiences there helped her to decide to go with an anonymous title for her music, rather than using her own name.

“Swim Against the Tide”

I really like the intro to this song. I don’t know what it is, it’s just kind of soothing and funky at the same time. Remember in my last article how I said I was a “visual-listener”? This intro reminds me of the scene in Ratatouille when Remy’s brother, Emile, eats a strawberry and piece of cheese at the same time and Remy is describing all of the sounds and colors that he should be experiencing (but he doesn’t because he is an uncreative rat).

The chorus is nice and subtle. While listening to it, I was just amazed thinking about the fact that Amber does this all by herself. I wish I was that talented! The song overall is good. It doesn’t jump out at me like, “Oh my gosh, I need to listen to this over and over for the next hour”, but it is a good piece. I’ve linked it below if you want to give it a listen yourself.

The second song on this EP sounds like a mix of Bastille and The 1975, which makes sense, because Amber has worked extensively with members of The 1975, and has even gone on tour with them a couple of times. Maybe I feel like they sound similar because all of the bands mentioned in this tidbit are British? I want whatever they’re having because there’s something over there that must be making their musicians sound this good!

Like the first one, this song is good but isn’t jumping out at me as being “the one”. You can decide after you listen to it. I did watch the music video for this one, which I try not to do because they can easily distract one from the lyrics and the musicality of the song, *cough cough Taylor Swift’s recent music videos*, but the videography of this one is beautiful. It’s really simple, and Amber isn’t lip-syncing so hard that you can read her lips. It’s like she’s just singing along quietly, not wanting anyone to notice it. I appreciate that. She’s a natural.

I don’t know what is happening in the beginning of this song with the percussion, but I like it. It’s unusual, it’s different. It sounds like marbles rolling through a rain pipe, which I think is the point because the first lyrics are “and it started to rain”. So cool.

After the first verse, the instruments completely change…it sounded more natural in the beginning, just the plucking of a guitar or two, but then as the chorus started, the electronic side of The Japanese House was brought in. It seems to switch back and forth throughout the song, depending on if the bridge or chorus is being sang. I like change, it keeps me on my toes! This is my favorite song so far. You can’t help but bob your head along as you listen to it.

Here we are. The final song. Definitely has a The 1975 sound to it. She layers multiple vocal notes over each other, like at least three different parts. This is just like the first two songs; sounds cool and I don’t dislike it, I’m just not crazy about it. There’s not much else I can say. It seems like her music kind of follows a theme, which isn’t a bad thing by any means! I just expected more individuality since it’s an EP.

Overall, this EP was good. I like The Japanese House so much that I’m going to add the station onto my Pandora list, but – I felt as if 3/4 of the songs sounded the same. It’s not bad for an artist to be comfortable with their sound and to follow a “theme”, if you will, but I don’t know, I expected something different. That’s why my favorite was “Good side in”; it was different from all of the rest. The others were good. I just wanted a variety, I suppose.

If you want to learn more about The Japanese House, here is her website.

And lastly, here is a photo that Annie took of The Japanese House performing at Lollapalooza! She was really excited to get a chance to talk about one of her favorite artists, so I decided I would include this photo just for her!