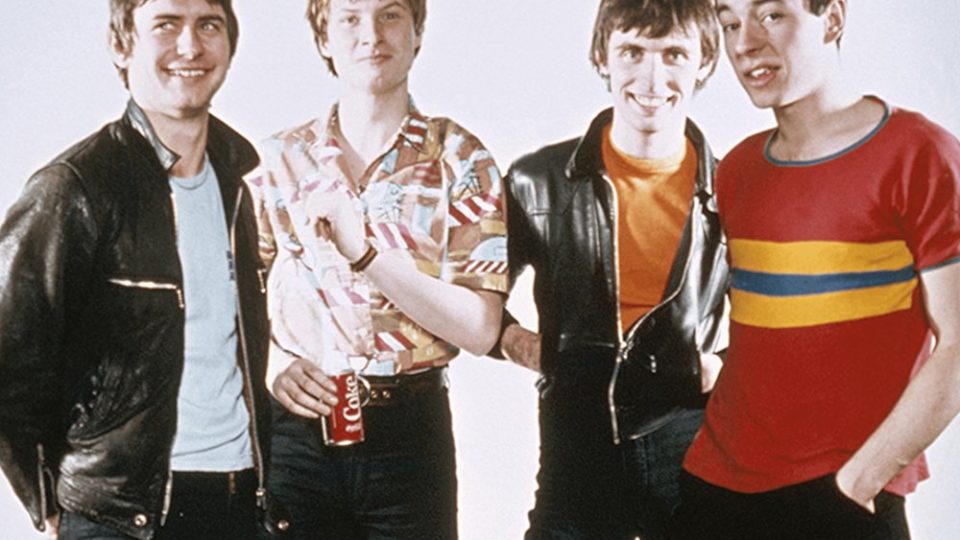 Hey there, reader! This is a new column for KRUI, where I am going to be interviewing students around campus about their favorite song, album or band, and then I am gonna review it right here, in this article! To get the “bean” rolling (hehe), I interviewed a sophomore named Emma. Let’s get into it.

“Broadly, I guess rock. I don’t know specifically what kind of rock, but I like classical a lot, like the Beatles and Pink Floyd.”

How long have you been listening to rock?

“Maybe like six years, because when I was in middle school I listened to the radio, but in high school, my dad got me into rock music. It’s something we listen to together.”

How would you describe your music taste in general?

Are there any specific bands that you are drawn to?

“Yeah! Well, the one I am talking to you about today, XTC, that is one that my dad showed me, but they’re different from everything else I listen to. I would say I listen to a lot of The Beatles, I really like Tame Impala, The Kooks, and The Shins. Those would be my main artists.”

What are you recommending that I review today?

“My favorite XTC song is called ‘Humble Daisy’. I don’t know what their genre technically is. I think they’re ‘new wave’, as they are from the 80s-90s era, but this song makes me emotional, with half the reasoning being because it reminds me of my dad, but also because of the lyrics. I pay attention to lyrics a lot.”

Does this song sound like any other songs you know?

“It’s very unique, all of their music is unique. I guess if they sounded like anyone, it would be a mix of The Smiths with some Beatles.”

“My dad has been listening to this band since I was a baby, but I didn’t get into them until the last year or so. I listen to them all of the time now!”

Huge shout out to Emma for volunteering to be the first person I interviewed for this column. I know she was a little nervous, but I appreciate her taking the time out of her day to help me out! Now let’s talk XTC.

XTC was an English rock band that roamed the earth for over three decades. In the early years, their name varied, but in 1975, they settled with XTC, which Emma thinks is a play on the word “ecstasy”, but who knows. The bands goal was to be “completely original”, and after listening to “Humble Daisy”, I can confidently say that they achieved their goal.

“Humble Daisy” is off of their 12th album “Nonsuch”, which came out in 1992 with a total of 17 tracks on it. In this piece, I will be discussing the song’s musicality, the lyrics, and the overall feel of it. I do not want anyone to be offended by my opinion, because you know that saying, “Opinions are like a**holes, everyone has one”? It even applies here.

So just be forewarned, just because I do or I don’t like something, does not mean I or the person I interviewed are horrible human beings. It just means we have different tastes in music! Luckily in Emma’s case, I liked the song “Humble Daisy”, and I’m gonna tell you why.

My first thought when listening to the intro of the song was, “Wow. I love those guitar chords”, and that theme followed me through the rest of the song. Though there are a few key changes, the song seems to stay in a major-key.

Sorry for the music-technicality talk, let me explain in case you don’t know the difference between “major” keys and “minor” keys. Major keys are where the chords “happy” sounding. They’re usually bright and you can’t help but bob your head along to the beat. Since I’ve mentioned The Beatles a couple of times, an example of one of their song’s that uses major chords is “Eleanor Rigby”.

Songs with minor keys are known to sound sad or scary. When I think of minor chords, I think of “What Child is This?”. Yes, the Christmas song. It used to scare me so much as a child, just because of the way the notes come together!

I am a visual-listener. I don’t know if that’s actually a “thing”, but if it’s not, I’m making it one. What I mean by that is that when a song plays, I kind of imagine the event it’d be playing in the background of, like a movie or TV show.

This song, specifically chorus, made me think of the scene from Shrek 2, where Shrek and Fiona are running in slow-motion towards each other through a field of sunflowers. I don’t know why it made me think of this specific scene…maybe because of the title having to do with flowers? I don’t know. Listen to it yourself and see if you agree.

It’s a good song! Now let’s analyze some lyrics, since Emma said that was part of the reason she loved this song so much. They’re not too long, so I’ll include the entire piece below:

“Humble Daisy
Form a chain to hold all battleships in check
Humble Daisy
Knit a ladder down to nature’s sunken wreck
Ragged rug unbound
Tangle trip the lovers
Royal barge aground
Brighter than all of the others on the window sill
I’ll sing about you if nobody else will
Humble Daisy
Cast the milk and coins of morning’s cash about
Humble Daisy
I fell down to heaven as you picked me out
We’ll look up together
Browsing through some old sky
Sipping in the weather
You’ve got me dizzy, the fly that climbed the sugar hill
I’ll lay upon you ’till somebody else will
Humble Daisy
We’ll look up together” (AZ Lyrics)

Okay, so to be blatantly honest, the first time I listened to this song, I didn’t even notice the lyrics…after reading them and listening to it a few more times, the words became clear, but the meaning didn’t. The lyrics put together make no sense. I am guessing that Daisy is a girl, but that is the only thing that I am semi-confident about understanding.

The first half dozen lines refer to some kind of water vessel, but if it’s in relation to something specific, I am missing that key information. My favorite line is “You’ve got me dizzy, the fly that climbed the sugar hill”. WHAT?! What does that even mean!? In some cases, the words don’t necessarily make sense, but the song is still good, y’know? I find that’s the case with a lot of popular music that’s played on the radio today. The background is good, just the words falling out of the artist’s mouth have absolutely no meaning. It’s tolerable (most of the time).

Overall, I think that “Humble Daisy” by XTC is a feel-good, laying-in-your-backyard-in-the-summer-reading kind of song. I wouldn’t necessarily blare it in my car with the windows down or listen to it while getting ready for a night out on the town, but in a more relaxed and casual setting, definitely.

It’s honestly not something I would go out of my way to listen to again, but I’m glad that Emma introduced me to something of good quality.It’s always nice to get out of your comfort zone. I know that if allowed, I could and would and have listened to the same album every day, multiple times a day, for a month straight. Switching it up never hurts.

If you’re interested in listening to the entire album of “Nonsuch”, which I totally recommend, click here.

Here’s a photo of a field of daisies. I feel like it’s an appropriate way to end the piece. Have a good week, peeps!