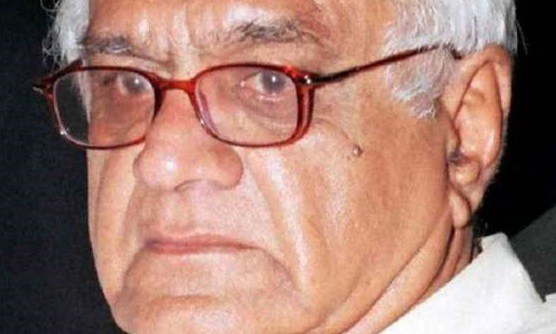 He died at the age of 78 after battling pancreatic cancer for six years. The cause of the death was said to be vital organ failure. Baluch left behind five sons and three daughters.

The messages of condolences poured in on social media and people personally contacted the grieving family after news of his death was announced. The journalism community, politicians, lawyers, poets and government officers from different parts of Pakistan and the world have sent condolence messages. Many termed the death as a great loss for Balochistan as Baluch remained vocal on Balochistan’s political and economic issues.

He founded the English Daily after spending 30 prolific years at The Daily Dawn. He introduced Balochistan to the English reading audience through his extraordinary journalistic work.

It was the first ever English Daily edited by Baloch editor. After America and its allied forces had overthrown in Afghanistan in 2002, his newspaper was digitalized, a really new and modern medium in Pakistan. The website garnered a huge audience from the western side of the world. However, the website was shut down due to unknown reasons in 2003.

He regularly contributed articles in newspapers and offered comments as a current affairs analyst on TV and Radio. Readers and senior journalists always commented that he was well known than his two newspapers he was editing. At the age of 78 and despite suffering from cancer, he continued to contribute editorial and political commentaries.  He wrote his last editorial on Jan 23th after visiting the doctor in Karachi which underscored his dedication towards journalism.

Baluch was born in Karachi in 1940. He got his Master’s Degree in Economics from University of Karachi, and started his career in journalism in 1966. He worked for Dawn in different capacities for 28 years. He is credited with writing a 100-page Dawn supplement single-handedly.

He served as Press Secretary to the Governor of Balochistan in 1972. He visited many countries of the world, including the United States, the Russian Federation, the People’s Republican of China, United Kingdom, Germany, France and dozens of other countries, where he covered international conferences and summits as a newsman.

They were subjected to rigorous punishment in jail after the government of NAP was toppled in Balochistan by PPP-led government.  Siddiq Baluch mentioned that he was subjected to harsh punishment and treatment during his time imprisoned in jail. He remained imprisoned for three years.

He wrote two books “Balochistan: Its Politics & Economics” which was published in 2013 and “A Critical Commentary on the Political Economy of Balochistan,” published in 2002. He was writing “My Years in Journalism”, which will be soon up in at the bookstalls.  He was widely quoted by BBC, Voice of America, Al-Jazeera and other international and Pakistani media outlets.

He was considered the authority on Balochistan’s issues. His newspapers faced many hardships from different governments due to his impartial editorial policies. He was also conferred Tamgah-i-Imtiaz on March 23, 2015. He was Member Emeritus of APNS.

Besides, his inspiring journalistic career, Siddiq Baluch was well known for his good behavior and attitude towards his staff and colleagues.

Despite his newspapers dependent on government advertisements and meager resources, he ensured diversity at his office by the inclusion of different ethnic and minority groups Baloch, Pashtoon, Punjabi, Sindhi, Shia, Christian, Sunni. His secular and openness to accept every sect and ethnic group were always praised by the journalist community.

He always fed his staff at least once a day. His editorial policies were always impartial with the inclusion of all the voices. Siddiq Baluch left behind a great legacy of objective journalism to follow.