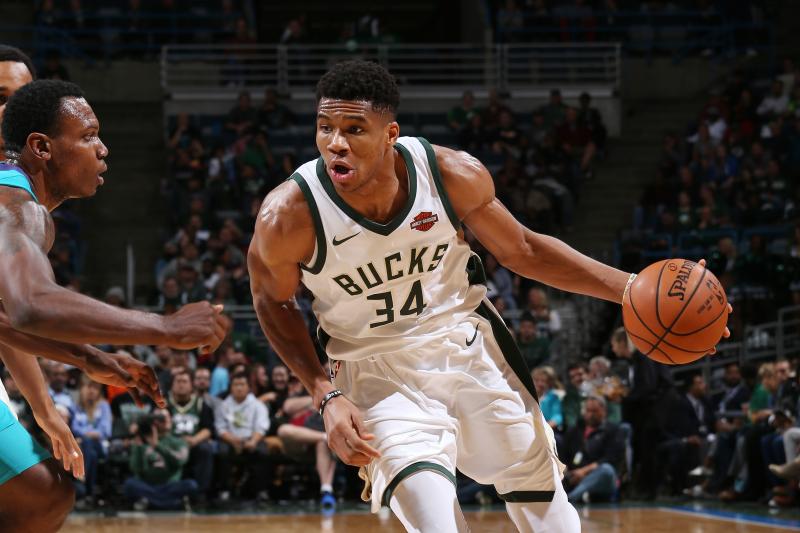 The NBA Season kicked off on October 17th with a highly anticipated pair of games on the slate, starting off what hopefully will be a great season. This is a little month in review of NBA action that took place that I hope to do at the start of every month. Starting with the first half month of October, there have been many surprises and disappointments, making the small sample size of a month very exciting.

The first game to be played on opening night, and a battle of two teams that many people though would meet in the conference championship game come playoff time. When the Kyrie Irving/Isiah Thomas trade went through this summer, the game had even more meaning behind it. Sadly, neither of these points were why this game will be reminded. Instead the disturbing image of Gordon Hayward’s injury will be held in people’s minds as they think about this game. What a terrible way to start an NBA season. Hayward is a player that I was extremely excited for this season as he finally was going to get the chance to show his ability to contribute and lead a team. Unfortunately, he will not be able to do that this season for the Celtics

A little more on the actual game itself, the Celtics came out an impressed despite having lost one of their key players 6 minutes into the first quarter. The major key for the Celtics was the performance of Jaylen Brown, who proved he made big strides this off season and was worth the 3rd pick in the 2015 draft. This is also huge for the Celtics because he will help fill the role that was emptied by hayward. Jason Tatum also had a good start to his season which continued through he first month, showing his skills set will transfer well like many people believed it would.

Finally, the Cavaliers played about as you would expect the Cavaliers to play. Lebron James topped the stat sheet and was followed by Kevin Love. The rest of the new pieces that they acquired in the offseason did a fair job in their respective rights, with Dwayne Wade, Derrick Rose, and Jae Crowder all putting up solid numbers.

The score line of this game started out as many people may have thought, with the warriors holding down an early lead, and carrying around a 10-point lead consistently into the start of the 4th quarter. Now the interesting thing was that they got to this lead at the hands of . . . Nick Young. Yes, you read that right, Nick Young was having himself a great night in his debut for the Warriors. This 10-point lead was not enough as the Rockets bench came up big in the 4th quarter and brought the rockets back into the game. All of this lead up to a game winning shot opportunity by Stephen Curry with 5 seconds left, which hit rim and was rebounded by Kevin Durant who put the shot up but had a finger on the ball for about 0.1 second too long and the shot was no good.

The Warriors could compete as they always do, and plated a great game against a top team in the Rockets. The only thing that was potentially worrisome for any fans was that they were in a 1-point game with needing Nick Young to put up big numbers, something that will not happen even close to consistently. If the Warriors make either one of the last shots no one is talking about any downsides that may have come from the game, therefore I don’t see anything to point out as to why they lost, the just simpler weren’t able to close out.

Worry comes for the Rocket team when looking at the poor performance and injury that hindered Chris Paul from playing well. Paul was one of the main reasons that this team was going to do be a force this season and he has been a shaky piece of the team to start that season. That being said the team should be optimistic as to how well they played despite Paul’s lack of contribution in the scoring department. The bench contributed a good amount of points, as well as brought the game back due to performances of the 3 bench players that logged minutes: Eric Gordon, Luc Mbah a Moute, and P.J. Tucker.

Panicking on Cavaliers or Warriors?

If you are currently panicking on either the Cavaliers or the Warriors getting off to the start that you may have not expected, stop. This is a lot more relevant for Cavs fans who are seeing their team struggle, but the Warriors more losses on their record than one would expect. There is no need for either of these teams to worry though, because they are in fact the best teams in their respective division. Every team has to shake off the dust in whatever sport they are playing, but eventually a team with the talent these two teams have will come together and be a well-oiled machine a little way into the season. There is no doubt in my mind that both teams will get back to the performances that we expected from them going into the season

All of the following teams have in my eyes outperformed their projections that I had for the team in the regular season. The west coast sees two teams that were fringe playoff teams, playing with top talent in the league right now. The east has many teams that I would have said had under a 50% chance of making the playoffs, but are currently a top 8 seed in the east.

The top team in the Eastern Conference, sorry Magic but I don’t think so. While this team has been off to a hot start I don’t think that it is too bold to say that they are going to slow down. The big reason this team has been playing better than years past is the performance of recently signed Jonathan Simmons, as well as the emergence of Aaron Gordon as he is finally playing Power Forward, rather than Small Forward that he was playing last week. This fits much better with his game and has allowed for him to make major steps in his game. This team is young an trending in the right direction, and may finally move closer to making the playoffs, but their fall from the top of the Eastern Conference is just waiting to happen within the next couple of weeks.

I slept on the clippers going into the season, and I feel like I owe and apology to Clippers fans everywhere. This team has showed consistency week in and out, and have a very good bench to support the starting line-up. Through a lot of offseason movement with the lineup, the team acquired players from many different skills sets creating a great offense/defense balance. If Blake Griffin is able to stay healthy, we may see this team make a low end playoff push easily, something that was up in the air for me at the start of the regular season.

Another team that I was doubting going into the season due to their performance last year.I thought this lineup had potential last year, but I gave up hope after, yet another mediocre year was produced from Detroit. This doesn’t look like this will be the case this year, as Tobias Harris is having a big start to the year to lead the team, and the pieces around him are all starting to play well at the perfect time. I believe that the Pistons have the ability to make the playoffs in a weak eastern conference, and maybe even push up into a 6th seed.

I have been extremely impressed with the Indian Pacers, specifically Victor Oladipo. Oladipo has yet to find a place to call home in the NBA, but it looks like he may be settling in nicely in Indiana. This is a team that has a very interesting mess of players in different career stages on their lineup, and I don’t believe the talent is there for them to squeak out close games leading to them just missing the playoffs.

This team has some extremely good wins (Houston twice, Golden State once) but it is their lack of depth in the starting lineup that worries me. The Grizzlies are always a fascinating team that finds ways to use a few of their stars, along with some gritty G-League or college players to field a team, and always do well with them. This Is the same type of team, but the wins against the top tier teams won’t be there for long when all it takes is one player for Memphis to do bad and they don’t have many others to pick up the slack. I still see this team potentially making the playoffs, but they will not continue to play as a top team like they are right now.

Rookie of the Year Race –