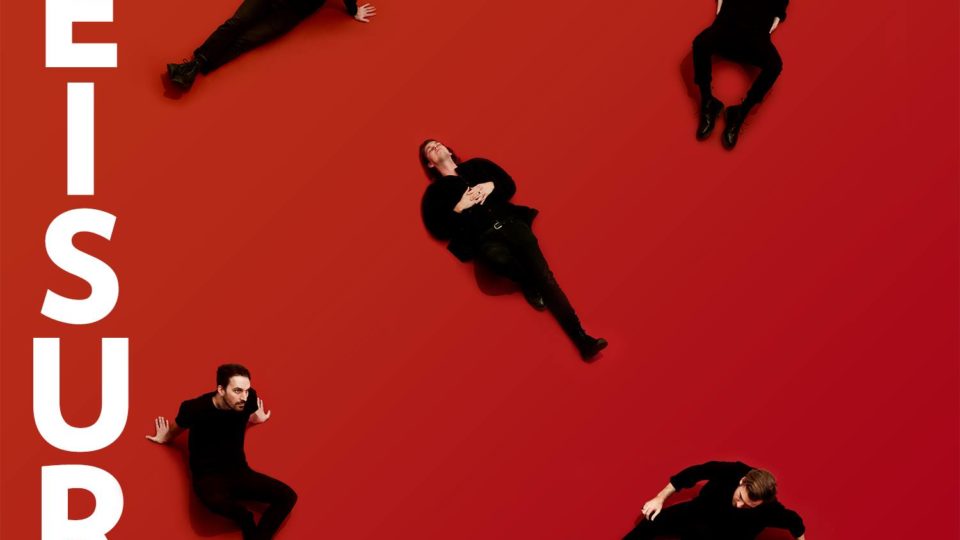 Don’t you hate it when you go on vacation with some homies to kick back and be mindless but end up dropping 10 songs on Soundcloud and become a band instead? Me too, man.

In mid-January 2015, New Zealand native Jaden Parkes went from brainstorming on how to enjoy his routine summer vacation to doing just this. Living the dualistic life of an A&R music manager by day and songwriter/producer by night, he found himself constantly in the presence of musical minds. Aware of the raw talent he was surrounded by, he had a deep appreciation of the fountain of sonic knowledge at his constant expense.

“One thing I’ve always done is try to surround myself with people I’m fans of, people who will make me better at what I’m trying to,” he reflected upon in a Dummymag interview he conducted back in 2015.

Jumping off the philosophy, he decided to gather four of his closest friends and head to a private beach house off the coast of Auckland, hoping to come up with some sort of musical creation during his annual summer holiday.

The eclectic group of musical minds started effortlessly creating. By the time the musicians had left the beach house, they had morphed their beach experience into 10 brand new tracks and were officially a band named LEISURE.

Despite the album’s consistent and refined tone, “Leisure“ displays timeless versatility. Recycling elements of funk, indie-pop, and some mean groove, it’s diverse soundscape allows it to accompany any atmosphere or state of mind you may find yourself in. Shifting drum tempos from slow paced and smooth to sharp and upbeat, the album’s shifting pace induces the listener, getting the blood moving and resonating warm emotion.

The album opens up with “Got it Bad,” a song dripping with seduction that lures the listener into their vibe. The opening track embodies a 70s soul lava lamp vibe, highlighted with melt-worthy melodies brought to life with the oozing mantra, “girl you know you got it bad doo doo doo”. The song’s smooth bass drives the track, getting your heart moving in sync with their sound.

The third track “Know You Better” has a crisp, upbeat drum rhythm that gets the album shifted into gear, accompanied by some sharp guitar riffs and keys. The album’s Indie-pop elements shine in this one.

You get a taste of the album’s funk influence through the bouncy bass line in “Take It To The Top” and hints of psychedelic influence in “Something About You” when they introduce some rippling, hypnotic synthesizers.

Approaching the middle of the album is where you truly begin to get lost in the feels. You can feel the emotion bleeding out in the cathartic tracks of “All Over You, and “Nobody” featuring Goldlink.

“All Over You” is the catalyst of the album. There’s so much raw feeling in this track, as the seductive vocals and funky rhythm harmonize beautifully. Capped off by a psych-driven guitar solo, the track is a four-minute piece of sonic gold.

“Nobody” featuring GoldLink is a soothing serenade that strikes a chord deep within. The ambiant song has a sensual, warm texture driven by its rippling, piercing synthesizers. The smooth vocals and love-infused lyrics radiate the song with soul, reverberating the power of love through the listener’s psyche.

You know, you know you wanna share my world
I got you, I got you where I want you, girl
Take you far away, to a different world, baby

“Leisure” is a soothing album that sonically reflects the mellow sunsets and warm vibe of Parkes and company’s musical retreat. The album’s versatile songs seemlessly interweave to compose a beautiful record, combining elements that harmonize and make the piece suitable for any scene or situation. The mandala of sound drips in seduction and moves with mean groove, luring the listener into an hour long trip to the love dimension.