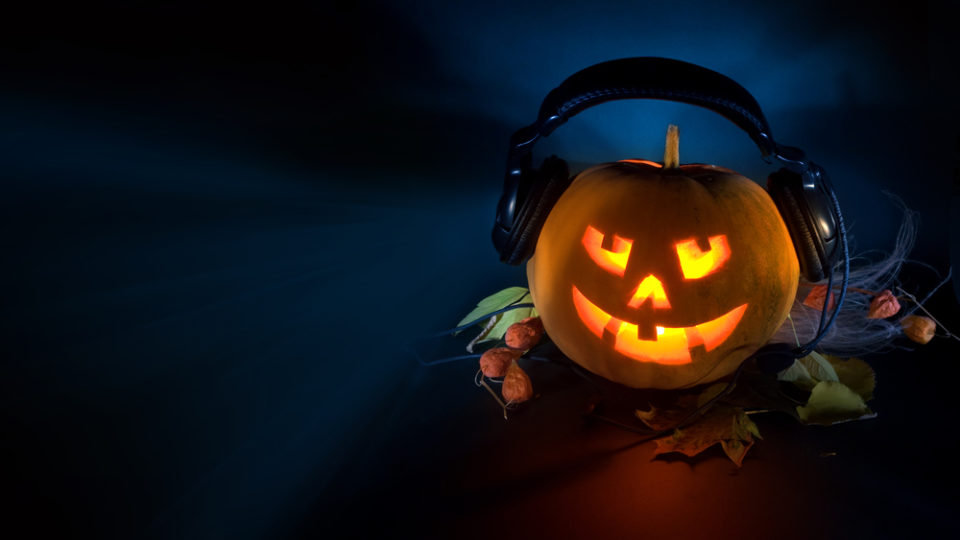 People are dressed up as memes, Kevin Spacey was accused of sexual assault, Paul Manafort was indicted. Things are getting really, really spooky. Sure, 2017 has been pretty ominous in the political and pop-culture world, but add in dead trees, pumpkins, and cold weather and…I’m just plain scared.

This Rock Don’t Walk is dedicated to spooky jams that are going to make your Halloween…feel like Season 6 of American Horror Story; a little to real.

Here is a playlist to fully immerse you in the scary world that we currently live in.

So yes, this is from the Stranger Things Season two soundtrack. I love the heavy synth, definitely remnicent of Daft Punk’s “TRON Legacy” Album. They embodied the 80’s perfectly and also give us an eerie start to the playlist.

This song is terrifying. Flat out terrifying. This is about John Wayne Gacy, from the perspective (or so I assume), of his son, John Wayne Gacy, Jr. It’s frighteningly morbid, and there’s breathing at the end along with slow taps on the piano keys that really leave you thinking about the song long after it’s finished.

“This is Halloween” – The Citizens of Halloween

Alright you might be laughing that I transitioned to this ridiculously goofy song but I’ll be honest in saying I sing this all year long. I don’t know why, something about my messed up childhood, but it rings in my ears throughout the seasons.

The dissonance in the guitar chords that this song first brings on to the listener in its melody already creates a repetitive, synchronised pattern that draws you in.

fa-fa-fa-faaaaar better. Sure, the topic is Psycho Killer, so it’s spooky in it’s title. But it’s also got flare through the rest of the song that can put you off. Bryne’s voice seems to kind of mutter in this song compared to the other Talking Head’s hits. He’s shaky, and it sets that theme for the rest of the music. The base is stagnant through the song, and that keeps the jaunt of the song moving forwards

The electric guitar clearly sets the mood for what kind of dissonant and strange song this is going to be, but the chorus “All I need is five minutes” actually dissolves into a kind of dream-like sequence. This song is intoxicating and off-putting – two of my favorite things.

Have a happy hallows eve everyone!