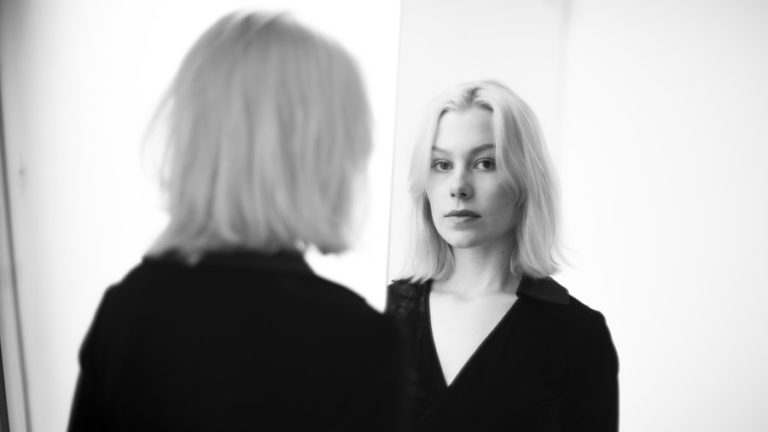 With her first full-length album, 23-year-old singer-songwriter Phoebe Bridgers wins the hearts of audiences with her haunting lyrics and stunning vocals. It is no secret that Bridgers is a young talent worth watching; she has toured with Julian Baker, her album received praise on Pitchfork, and her lonely tunes have been featured in multiple TV shows along with an iPhone commercial.

But Bridgers could care less about the fame creeping up on her – she is focused on her music and her music only. If her debut EP wasn’t enough of an indicator that this singer isn’t amused by bubbly pop albums, Stranger in the Alps will convince you. She takes an unexpected turn into the pop world – she talks about real, serious, scary issues.

Let me warn you: you have to be in a certain mood to appreciate Bridgers’ music. Her voice, sure – that will always sound like soft ripples in a pond on a spring afternoon, but her music in its entirety -that is something different. For such a small person, Bridgers can be insanely heavy.

All three tracks on her EP, Killer, mention death in some way, shape or form. The title itself clearly points to an intense album. Each song includes lyrics with the words “dying” or “death” or phrases like “pull the plug”. I’m not saying that you need to be fascinated by death to enjoy Bridgers’ music.

You simply need to be tired or in the mood to shed a few tears. So, don’t listen to this while you’re getting ready for a night out. Save it for when you’re walking home alone or lying in bed pining over someone. This is music for those who like to enhance their sadness – the sensation seekers.

Stranger in the Alps begins with a soaring ballad, “Smoke Signals”, that may just be the star of the album. The chorus is full of swooping violins and a deep guitar that enhances the eerie sensation created in this track while Bridgers watches TV in a Holiday Inn “Where somebody else makes the bed”. The closest Bridgers comes to mainstream pop is during “Motion Sickness”.

Her falsetto swings through this track above a pleasant instrumental, a necessary break from the dark strings that fill most of the album. This airy sing-along reminds me of a young Ingrid Michelson whispering lovely lullabies into our ears.

Next is maybe the most memorable song off of the album, due to its sheer sadness. “Funeral” details Bridgers’ struggle with singing at a funeral of a “kid a year older than me”. She confesses her own thoughts about death, and more specifically, suicide. It’s tough to listen to, but brutally honest and beautifully sung. A tinge of country is present in the guitar and slight twang of Bridgers’ voice as she cries, “Jesus Christ I’m so blue all the time”.

Other gems on the album include “Demi Moore”, a simple tune full of melancholy “ooo”s and a constant whistling above soft banjos and Bridgers’ voice. “Killer” and “Georgia” make appearances again, but this time “Georgia” is revamped – in a bad way.

This busier version takes away from the simplicity that made the original such a powerful statement. But overall, Stranger in the Alps showcases a young artist with a lot of potential. Bridgers is a dark, tender soul whose bedroom tunes are consistently emotional and beautiful mostly because of her endearing voice.

I had the chance to see Bridgers in Nashville, TN las fall in a dimly lit, intimate venue. My friend and were two of maybe forty people scattered around the place, most gathering near the bar or chatting in booths lining the room. But my friend and I, we hung onto every word Bridgers sang into the microphone, standing there in her black dress and combat boots, blonde bob falling in front of her eyes.

After her set, she pranced around the room with a big smile on her face, mingling with everyone, seemingly a social, confident young woman. Her intense music contrasts this image, but maybe that’s what makes her even more relatable – we’re all putting on a show.

The Alt Rock Chick highlights the best Alternative Rock music out there.