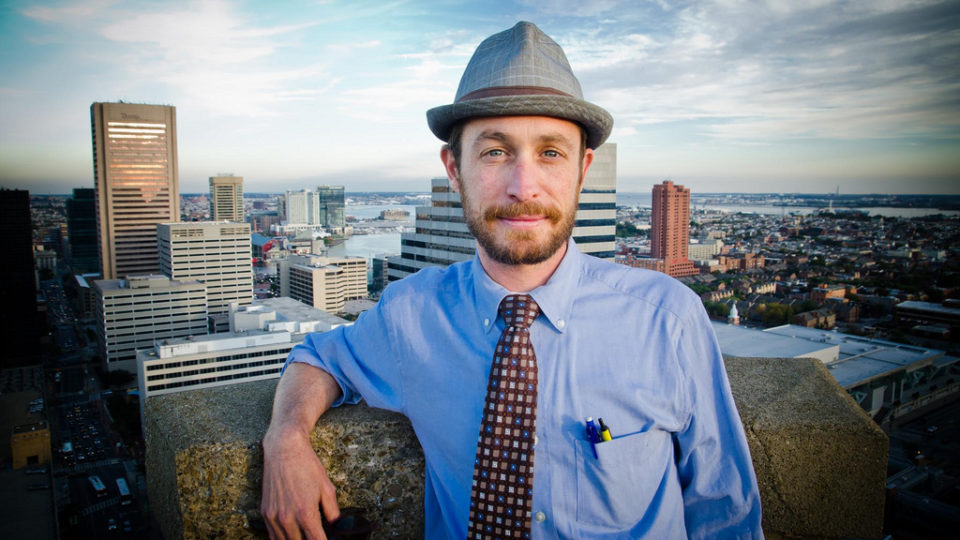 Writer Baynard Woods visited the Mill in Iowa City Saturday afternoon to discuss the obscure, and alarming political climate in America.  Residing in Baltimore, Woods is the senior editor of the town’s City Paper.

Woods earned a Ph.D in philosophy, focusing on ethics and tyranny, while drawing inspiration from his historical idol, Socrates.  With this knowledge, he explored the state of journalism in America today.

He started out by explaining how the divisiveness in America did not start during the 2016 presidential election, but rather on his home turf due to the controversial death of Baltimore’s Freddie Gray.

Because of his close-encounter experiences to the “revolution” in Baltimore, Woods was able to see the inevitable hostile America.

I found his insight on the issues in Baltimore very intriguing, since last year I spent a good portion of the summer watching the Wire: a TV series all about Baltimore’s issues regarding police tactics, drugs, systematic racism, and politics.

Woods said the problems in Baltimore are apparent throughout America, not only existing today but since the time of the Founding Fathers.

Woods then transitioned into talking about his column in the Baltimore City Paper, “Democracy in Crisis”, and how it strays away from the popular journalism the country’s used to.

His column focuses on field reporting and immersing oneself into the situation.  This philosophy was best established when Woods brought up the recent white supremacist rallies in Charlottesville, VA and how he was there on the ground.

Another tactic of his column that distances from mainstream journalism is his lack of care for being pinned as bias.  For “Democracy in Crisis”, Woods does not see the need to offer a counter viewpoint to his own because he said it distracts the reader and takes away from the content’s message.

Woods established this mindset in his reporting on Charlottesville in that he did not offer any viewpoints that supported the white supremacist rallies and their right to free speech.

He said this is a major problem in broadcast journalism, the idea that TV panels need people on both sides of spectrum so they do not appear biased.

Rather than focusing on the issues at hand, these media platforms care more about how they’re viewed by the public.

Because of his distaste in the higher echelon of journalism, Woods emphasized smaller, independent newspapers that stray away from the mediums norms.  As a result, a lot of his articles have been published in prestigious newspapers around the world, such as the New York Times, the Washington Post, and even in Iowa City with Little Village Magazine.

Woods not only writes for Baltimore’s City Paper, but also writes non-fiction, with stories such as Coffin Point: The Strange Cases of Ed McTeer and Witchdoctor Sheriff.

He ended his discussion by painting a rather dark, pessimistic view for the future of America, in that he believes things are only going to get worse.

I sat there in my booth wanting to believe he was wrong.  That instead of continuing down this downward spiral of divisiveness and fear, maybe America will rise from the firestorm it lit.  One thing I do know for certain is at the moment, the chances are exponentially getting worse.