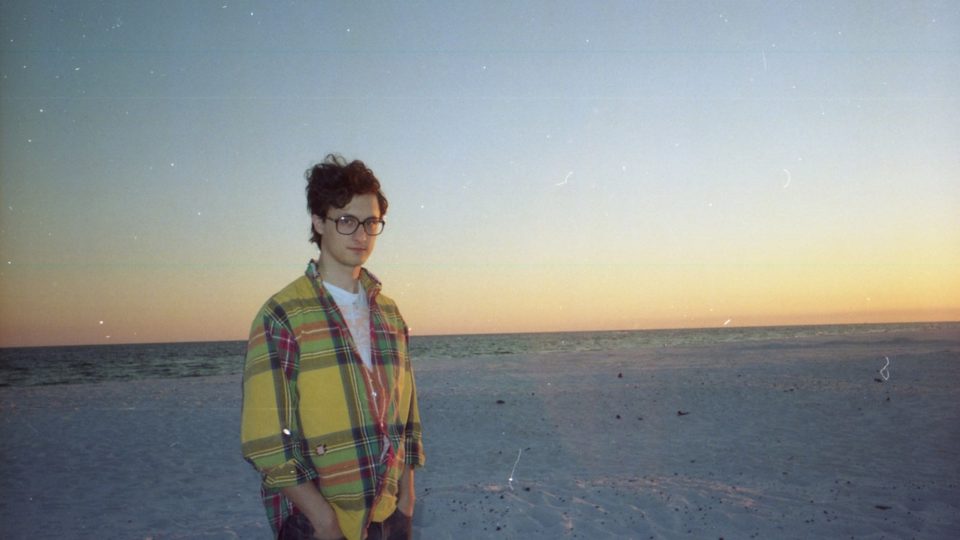 At some point in the middle of his performance last night, Philip Rabalais threw off his flannel shirt.

I mention this little detail because it seems to sum up his entire stage persona.

Philip Rabalais, you see, seems entirely one of us when he first steps on stage, just another skinny 20-something guy in horn-rimmed glasses and a size-too-large flannel shirt, someone you could easily imagine passing by on a Monday morning as you head to class.

This is unsurprising, considering that he’s no touring musician but an Iowa City local, a grad student in the University of Iowa’s Cinematic Arts program.

His introverted stage presence was not helped by the frankly sedate atmosphere that filled the Mill at the time he came on stage, leading me to have low expectations for the show ahead.

From the moment he hooked up his laptop to the Mill’s omnipresent audio system, however, Rabalais became something entirely different. Seemingly out of nowhere, the kid who had sheepishly mumbled “hello, I’m Philip” into the microphone flooded the Mill with bass and beats so infectious that half of the audience instantly fled their tables for the dance floor.

Phillip Rabalais had become a DJ, with all the low-brow, beat-heavy, Saturday night sensation-seeking sensuality that the term rightfully implies. With that baggy hipster flannel off of his back and thrown to the floor, the transformation was complete.

Setlists are useless when describing the flow of Rabalais’ performance. His songs had no distinct beginning or end; rather, melodic elements dropped in and out of the mix as the beat shifted up and down tempo according to Rabalais’ whims.

At times, I felt that he was composing new tracks on the fly, stitching new beats together from the wealth of samples presumably stored on the Macbook he that had hauled on stage.

His sound itself was heavily dominated by looped vocal samples. Rabalais wove a tapestry of male and female voices that were so heavily distorted that it was hard to tell if they were human or if they had been computer generated.

At other times, flutes, synths and sax entered the mix, hinting at the forms of more conventional dance genres but never quite conforming to them. The inhuman distortions of Blank Banshee and similar vaporwave artists are perhaps the most obvious mainstream touchstone for his sound.

The key difference between these artists and Rabalais, of course, is that all the ironic trappings of the internet faded away as he performed live and in person.

With all of the tables trembling and the dance floor full, the kid on the stage and the surreal, warped and modified sounds coming out of his laptop had somehow captured the schism between reality and possibility that gets crossed after a few drinks on a weekend night.

And as the show finally drew to a close, it was clear that Philip Rabalais himself – the shy grad student turned explosive club DJ – embodied that possibility better than anyone else in the room.