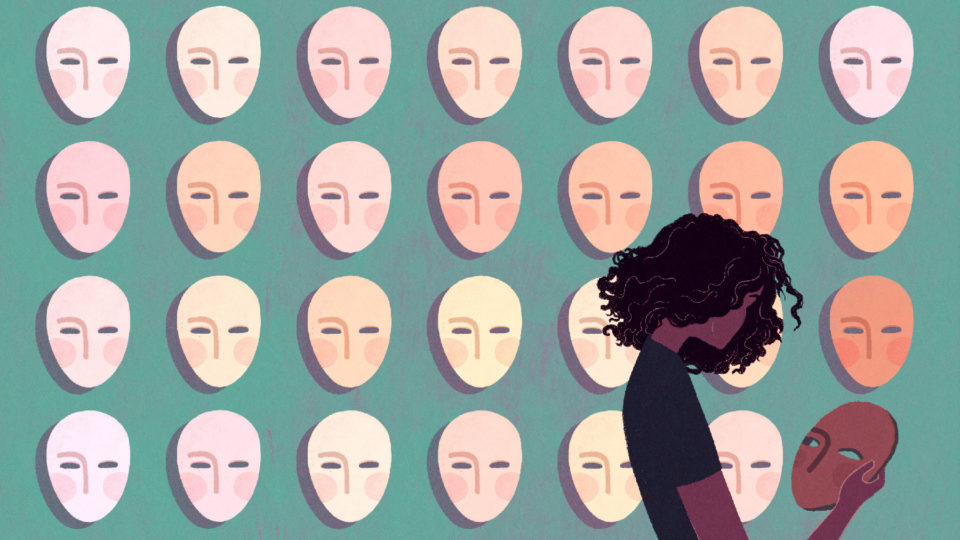 “…to survive in the mouth of this dragon we call America, we have had to learn this first and most vital lesson – that we were never meant to survive.”
– Audre Lorde

While the title of the panel may have been “Invisible and Ignored,” the phenomenal women who partook in the panel itself were not. Rather than having their voices silenced and subjugated to conform to a society that disregards outliers as deviances and threats, these women stood tall and proud as they challenged the homogeneous conceptualization that steadily poisons our society.

Panelist Lisa Covington, Sofia Mehaffey, and Deborah Whaley, came together to discuss the impacts of living and working in predominantly white spaces and environments while having the experience of finding their own voices in isolation as women of color.

Beginning with the initial quote by Audre Lorde to the vibrant paintings crafted by Whaley, each panelist established and maintained an environment that shamelessly brought attention to the trials and tribulations that not only women of color, but other minorities as well, face while living in white America.

Being a woman of color myself, I will admit that I never had the privilege of possessing the reassurance regarding the perception that I am an equal in the eyes of my counterparts, specifically my white counterparts, as I have today.

When I initially decided to attend this panel, I was under the impression that I will receive the same iteration of what it means to “truly” be a woman of color and having to uphold that “strong black woman” concept we praise within America.

Mehaffey, however, spoke to me in a way that I have never been spoken to before. Coming from a background that didn’t initially set her up for a successful career, Mehaffey explained that if she could go back in time and speak to herself, she would preach to her younger self that she will overcome all trials and tribulations that would come her way; however, she would make sure to tell herself that “[she] can have it all but they will still follow [her] around the store.”

Mehaffey’s recounts hit home because no matter what we do as women of color within our society, there will always be a subtle double standard regarding how we will never be enough.

Covington explained it better in a simple but poetic line: “Black women weren’t meant to survive in America, but I did.”

Through her passion to work in academia stemming from the notion that women of color cannot be as successful, Covington disregards this notion by working with young women of color in order to provide them with the reassurance and inspiration that they too can do more than just conform to the stereotypes that bind the homogenous conceptualization that our society deems important.

Alongside her vibrant paintings and harmonizing poetry, Whaley also adds to the notion that women of color are more than what our history simply chooses to tell us and what our educators deem important to speak on.

A woman of color is more than just a label and identifier, it is who we are from the soil we come from to the names our ancestors held.

While I am also a woman of color and have been invisible and ignored by my white counterparts, after attending this panel, this will no longer be the case.

I too have found my voice and I will be heard just as Lisa Covington, Sofia Mehaffey, and Deborah Whaley have been.

Want to know more about these phenomenal women of color? Check out the links below!

Deborah Whaley teaches here at the University of Iowa! Early registration starts soon!
Lisa Covington is very active on Twitter! Subscribe to her tweets to stay informed!
Check out Presumed Incompetent, a book with pathbreaking accounts of the intersecting roles race, gender, and class have in the lives of women faculty of color in academia. I guarantee it’s a good read!

Want to see more panels?
Check out the line-up for Witching Hour here!