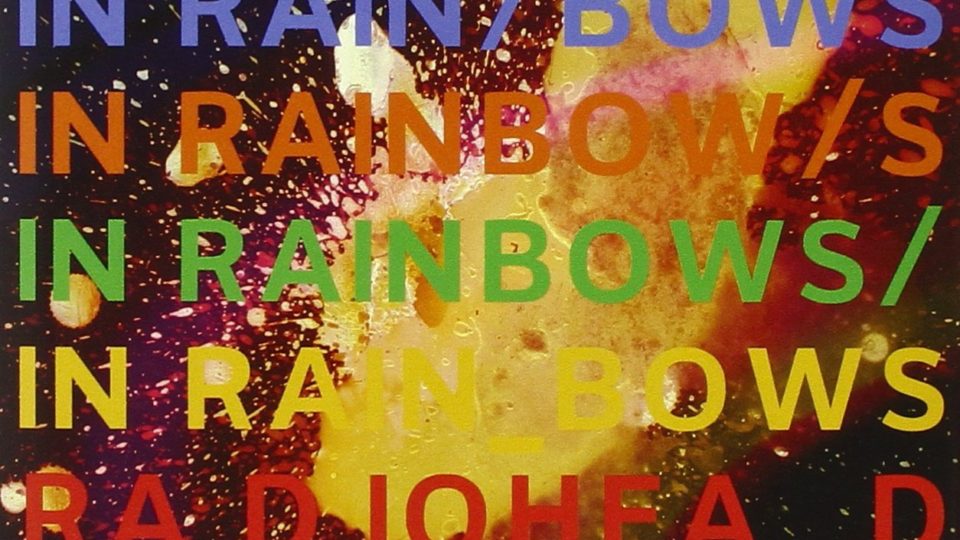 OK Computer part 2 never came, however. Filled with dense electronics, icy soundscapes and vocal manipulation, the band released “Kid A (2000)“, one of the biggest out-of-left-field releases a major artist has ever had.

In 2001, “Amnesiac” was released, showing the band mix the electronic alienation of Kid A with jazz elements. “Hail to the Thief (2003)” was a politically charged, scattered collection of Radiohead songs that were unhinged and free-flowing rock. “Ok Computer” part 2 didn’t arrive until the year 2007.

October 10th marked the tenth anniversary of Radiohead’s landmark album” In Rainbows.” From the unique pay-what-you-want model of online release, to the stellar content of the album itself, the album is a landmark in the legendary band’s career. “In Rainbows” marked the return of Radiohead, and stands as one of their best albums they’ve ever made.

In 10 tracks, Radiohead incorporate many different styles and made sure the music community knew they were still capable of greatness. Many see “In Rainbows” as a companion to the iconic “OK Computer”, yet there remains a stark difference between the two: where “OK Computer” delves into the alienation and paranoia of modern technology, “In Rainbows” embraces being human. It’s a warm and comforting record, unlike any Radiohead had released before.

Gone are the overtly politically-charged lyrics and cold, desolate soundscapes of previous Radiohead records; “In Rainbows” is bursting at the seams with life and emotion. It is the sound of a band finally content with itself, simply settling for making good music over grand statements and boundary-pushing aesthetics.

From the opening, sporadic drums of “15 Step,” to the rollicking and high-energy guitar riff of “Bodysnatchers,” the record opens with a high-energy pace before the devastating third track “Nude,” hits. The track has been around since 1997, and was finally released 10 years later in the form of a slow and dozing track that features the falsetto of Thom Yorke proclaiming, “Don’t get any big ideas, they’re not gonna happen.”

“Weird Fishes/Arpeggi,” is one of the best tracks Radiohead has ever recorded, and showcases a repeating drum pattern that continues throughout the song as it builds into a wall of sound, finishing with one of the most beautiful moments in any Radiohead song.

“In Rainbows” forgoes traditional song structure time again, instead opting for songs that gradually build, with layer upon layer of sound being added as in “Reckoner,” and “Jigsaw Falling into Place.” The most devastating song on the album is the closer, “Videotape.” The song went through many iterations before the band decided on a sparse piano ballad featuring only Thom Yorke and his keys, and it remains one of the most poignant songs Radiohead has recorded.

Yorke looks at his own mortality throughout the song and ends the album with an oddly comforting line, “No matter what happens next/ you shouldn’t be afraid/ because I know today has been the most perfect day I’ve ever seen.”

For a band to reach another peak so far into its career is rare, especially when the peaks are as high as Radiohead’s are. “In Rainbows” not only reached those peaks of “OK Computer” and “Kid A”, but may actually have surpassed them to take the place as Radiohead’s best album to date. Regardless, “In Rainbows” is the sound of one of the greatest bands to ever do it making another classic album.