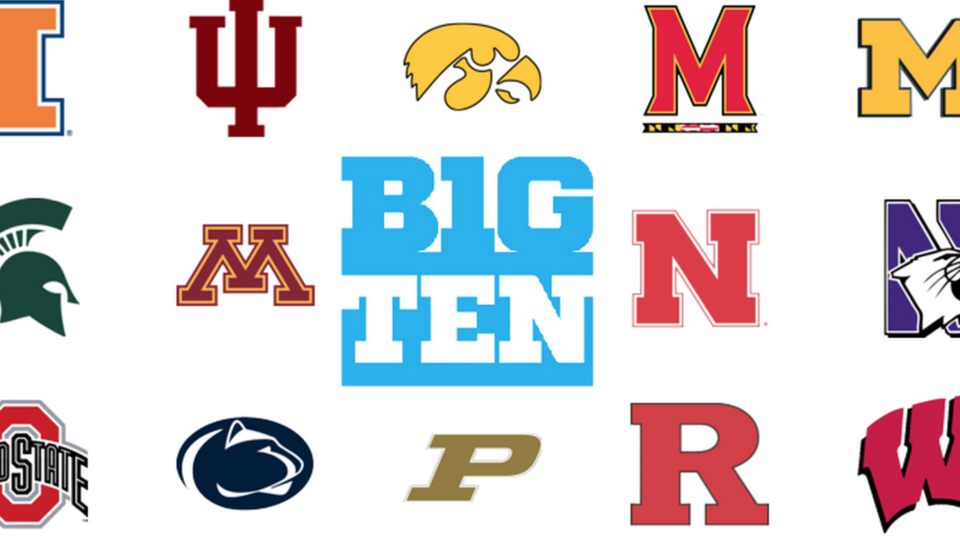 In the realm of college football, the Big Ten is often considered one of the best top-to-bottom conferences in the nation. It is home to 13 Heisman trophy winners, 22 national titles, six NFL starting quarterbacks and currently holds four of the top 11 teams in the AP Poll.

This storied conference is rich in past glory, but the teams continue to make history every year. All fourteen teams are in a constant battle for supremacy in the conference and the 2017 Big Ten season is just getting underway.

Before losing in Lincoln, Rutgers got its first win on the season against the Morgan State Bears. The Scarlet Knights have struggled to get much going so far this season, but put up a fight against Nebraska.

Looking for its first conference win since Oct. 17, 2015, Rutgers has a tough test against Ohio State coming. Senior quarterback Kyle Bolin has thrown for a subpar 642 yards this season and they’ll need a more impressive outing from him if the team wants to beat a ranked team for the first time since 2009.

Illinois lost its first game on the season against #22 South Florida, but it wasn’t all that close. Quarterback Chayce Crouch was benched midway through the game in favor of backup Jeff George Jr. It wasn’t just the offense that struggled, the Illini defense allowed 680 yards of offense on Friday night.

Illinois has a good chance of getting a win at home and tying last season’s win total. Tanner Lee has been struggling for Nebraska and freshman running back Mike Epstein should thrive against a Nebraska defense that allows upwards of 350 yards a game.

The nonconference has been a disappointment for the Huskers. A 1-2 start got athletic director Shawn Eichorst canned and head coach Mike Riley cannot afford to lose this one. Considering the next two games are Wisconsin and Ohio State, this contest becomes all the more important.

Junior QB Tanner Lee has disappointed for Nebraska by leading the Big Ten with nine interceptions through four starts. He’s thrown 146 times for 898 yards, but has cost his team plenty of chances down the stretch. This will be a great stage for Lee to prove that he’s worth his weight.

Northwestern was a sleeper pick to win the Big Ten West this season, but after the walloping at the hands of Duke, it’s not looking as likely. Clayton Thorson has been uninspiring thus far and the defense hasn’t backed him up.

The Wildcats have turned the ball over seven times in three games and they head to Camp Randall Stadium for its toughest test of the year. Wisconsin has a Big Ten best +5 turnover margin so far and will not make it easy for Thorson.

You’ve got to feel for this Terrapins squad. Both Tyrell Pigrome and Kasim Hill have suffered season-ending injuries and the team is now relying on sophomore Max Bortenschlager. Regardless of who’s throwing, the team will depend on star wide receiver D.J. Moore who leads the conference in receiving yards (323) and touchdowns (four).

Winning in Minneapolis is much easier for an east coast team now than in frigid mid-November, so that’s one solace the Terps can take. The team has done well to take care of the ball thus far and Bortenschlager will have to improve quickly to compete at TCF.

Freshman running back Morgan Ellison ran for 186 yards and two scores in his first career start which is great news for Indiana. The team struggled on the ground in its first two games and Ellison will need to exploit Penn State’s linebacking corps to stand a chance.

There’s no real chance that Indiana wins this football game in Happy Valley and the near future doesn’t look much better for the Hoosiers. However, the team gave Ohio State a run for its money in the first half a month ago and can still air it out despite the defense’s deficiencies.

Getting dismantled in East Lansing by Notre Dame is no way to end the nonconference slate, but no one expected an insane Spartan resurgence this season. After a forgettable 3-9 season, MSU sophomore Brian Lewerke leads the charge to kick off the Big Ten schedule against Iowa.

Sparty is favored in this one, but the team will have their hands full against the Hawkeyes. The team’s only test thus far has been a home blowout, so the team will need to reset for the Big Ten schedule. The team is already much better than last year and improvement is certain.

The Boilermakers have been an oddity of sorts in the Big Ten. Purdue has gone from nearly upsetting the defending Heisman winner on opening weekend and dismantling Missouri last week to losing handily at home to Michigan and its backup QB.

Switching between Elijah Sindelar and David Blough has been a roller coaster for the team with both QBs notching over five touchdowns so far. Heading into a bye week will give the coaching staff enough time to evaluate its shot caller scenario before the Minnesota game.

PJ Fleck has rowed the boat to an undefeated nonconference schedule and his defense has dominated. The Gophers have allowed three touchdowns in as many games and have six takeaways so far.

At home against Maryland, Minnesota and its running game should roll over an already depleted Maryland squad. The Terps have allowed 39.5 points per game in their two contests against FBS opponents and its third-string QB will struggle to keep up.

A heartbreaking loss in the final seconds has Iowa reeling, but the team showed that it can fight to the finish with any Big Ten team if they’re at Kinnick. However, the team will be in East Lansing against Michigan State and hasn’t faced the Spartans since the Big Ten Championship in 2015.

Sophomore quarterback Nate Stanley has put up impressive numbers through four games, passing for 12 touchdowns and only one pick. The reason for Iowa’s success, however, his supporting cast. Linebacker Josey Jewell led the team in tackles and managed a fumble recovery and interception in the loss versus PSU. The defense will put plenty of pressure on the Spartans, but there will be memories of the championship game two years ago.

Since losing at home to Oklahoma, the Buckeyes have rolled over some relatively measly competition at home. Traveling to New Jersey, OSU is favored by 30 against a team struggling to put up points.

Freshman running back J.K. Dobbins leads the conference in rushing yards (520) and will likely keep pushing the bar against Rutgers. J.T. Barrett is regaining form since his dud against the Sooners and doesn’t get another true test until Penn State on Oct. 28.

The Badgers are rolling on defense, allowing 10 points per game entering this home contest. Hoping to take an early lead in the Big Ten West, Wisconsin is touting a prolific offense to pair well with the intimidating defense.

Freshman back Jonathan Taylor is hitting the ground running 438 yards on only 53 carries. This is good news for the Badgers as the Wildcats have allowed over 150 rushing yards per game. A fast start is in the cards for this team as NW doesn’t match up well in any category.

Michigan is running a fine-tuned machine through four weeks. The Wolverines lost ten starters from their stellar defense last season, yet haven’t missed a beat. Tallying an astounding 18 sacks in the first four games, this D is lights out.

The real issue is the offensive unit. Inconsistent Wilton Speight left the Purdue contest with an injury and John O’Korn picked up where he left off, throwing for 270 yards, one score and one pick. The season will be decided on the success (or lack thereof) of the offensive side, but the blue and maize look quite impressive through four.

Winning a night game at Kinnick is no easy feat and it seemed like the Nittany Lions wouldn’t be able to get it done when trailing by four with less than two minutes on the clock. However, Heisman candidate Saquon Barkley’s bulging stat line (305 total yards, one TD) proved too much for the Hawks to handle as Penn State won on the final play.