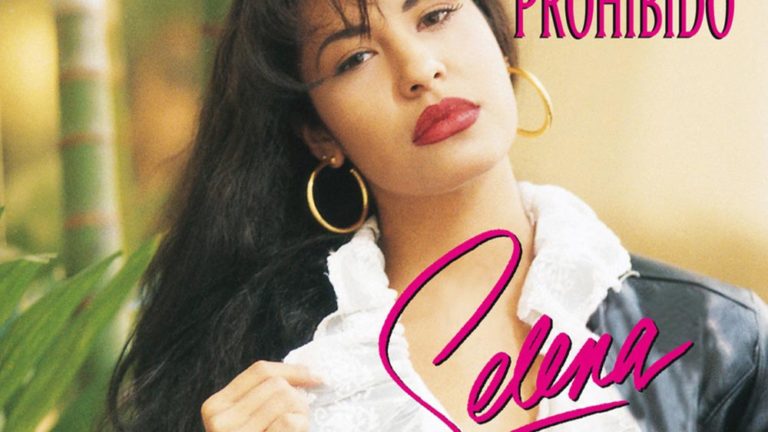 Hello, friends! My name is Elaine Irvine and this is the first installment of a new column called Stella.

In June, NPR released a list of the 150 best albums created by women. The list was compiled by around 50 women who either work for NPR or are otherwise involved in public radio. Just scrolling through the list it is easy to tell that there are albums from women of many different backgrounds, ethnicities, races and sexualities. Nearly every genre of music is represented as well. There is such a wide expanse of important music made by women that people have not heard of, that I have not heard of, that have had huge impacts on women’s rights. Even in little ways.

I will be picking one of these albums to review every other week. I don’t necessarily care what the ranking of each album is in terms of what is “better” or “worse” since it is so subjective. What matters more is that the album or artist was influential, that it empowered a woman enough that they decided it belonged on a list like this one. As long as the music is powerful to me or somebody else, I want to be writing about it.

I’ll be starting off with an artist that has changed a mass of Latinx people both in Latin America and in the United States. Selena’s album Amor Prohibido is placed at number 19 on NPR’s list.

She has been marked as the Queen of Tejano music or “Tejano Madonna” due to her overwhelming musical presence and fashion sense. Tejano music is defined as a style of folk or popular music with elements from Mexican-Spanish vocal traditions and Czech and German dance tunes and rhythms, while the term Tejano itself refers to a Mexican-American person residing in Southern Texas.

Selena released five albums in her lifetime, which ended tragically in 1995 when her agent fatally shot her. Her death shook the world and has been commonly compared to the deaths of John Lennon or Elvis Presley.

Over six hundred people attended her funeral while tens of thousands of people flocked to numerous vigils around the United States. She was only 23 years old when she was murdered.

Amor Prohibido is the second to last of her five completed albums and was released in 1994.

There are so many musical female icons that have taken a spotlight that Selena hasn’t been included in despite her tremendous influence such as Missy Elliott, Amy Winehouse, Madonna, Joni Mitchell, Billie Holliday.

When I quickly Google searched for the most influential female musicians of all time, Selena didn’t show up in any articles on the first page of search results. How is this possible when her confidence, vivaciousness, and spiritedness permeated an entire generation of Latinx people just like all of these other women have?

In fact, all Latinx women were generally absent from these lists, which is a primary example as to why the world needed Selena. (I mean, seriously Rolling Stone? Shakira? Jennifer Lopez? Celia Cruz? Gloria Estefan? None of those pioneers came to mind?)

Before moving forward, a disclaimer: I haven’t taken Spanish since my AP Spanish class three years ago. Since I was better at comprehending the language than speaking it, I expect to understand most of it, but definitely not every single word of it.

As I listen to the album, the first word that comes to mind is happy. The music is joyful, and the brass is a perfect accompaniment. It’s dancing music, it’s living music.

While some of the lyrics are full of longing or feel somber, the music doesn’t always reflect this. I interpret this as an optimism that isn’t always found in sad music. Even though she is feeling less than enthusiastic in what she sings, the music allows for hope.

I haven’t looked up Selena’s lyrics or their English translations before I’ve decided that I would listen to this again one million times. I could get ready to this music on the laziest of days, and by the end of one song I would feel ready to take on the world.

Selena’s voice is not what I would have expected. Her lyrics are deep already, but are made more so by her voice. She feels when she sings, she forces the listener to understand what she’s saying with their emotion. It’s a catalyst to the purest of responses.

Songs that stand out to me from my first listen through the album are “Amor Prohibido”, “No Me Queda Más”, “Fotos Y Recuerdos”, “El Chico Del Apartamento 512”, and “Bidi Bidi Bom Bom”. So basically, I love all of them. Her band and lyrics put together are so rhythmically spot on that it’s so easy to move to.

She sings in the way an artist asks you to stand up and dance at their concert. This is sappy, but it’s like she truly cares about the happiness of the person that’s listening.

“Techno Cumbia” also really sticks in my mind because it’s so different from the rest of her songs on this album. It’s incredibly catchy so I can’t stop listening to it, but it isn’t as much of a favorite as the others I’ve listed.

“Ya No” is also very different, because Selena isn’t singing to a Tejano band. I would expect to hear this kind of accompaniment in a Shania Twain song, so it was very unexpected to hear similar music here.

I can’t sit here and say a negative thing about any of Selena’s music on “Amor Prohibido”. It’s seriously all amazing. I can normally muster some kind of criticism, but I am at a loss.  I’ve never listened to Tejano music before, much less sat down and wrote an article analyzing it, but it’s something I should really invest more time into listening to in the future. I haven’t felt this way about finding new music in a very long time, and I wholeheartedly agree with her placement on NPR’s list.

Listen to “Amor Prohibido” on Spotify below or on YouTube here.