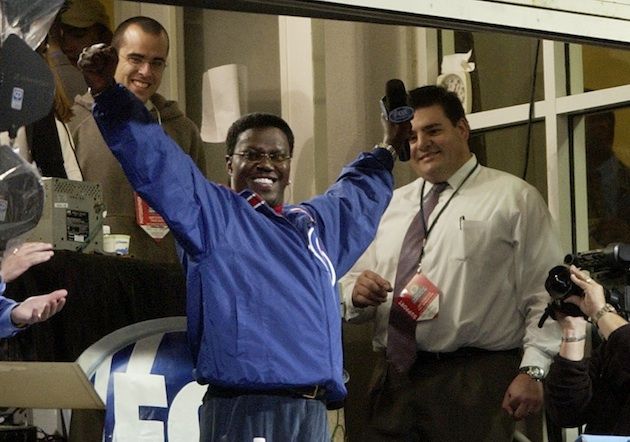 Iowa City, IA– After a warm winter, the grass is starting to become green again. The birds are chirping outside my window, singing sweet songs of spring. April showers are bringing May flowers. I could drone on about spring cliches, but no one wants another cliche misplay. Be that as it may, the baseball regular season is finally back and fans across America (and Canada for us Jays fans) are jubilant to see the ballparks open once more. We now live in an era where the Cubs are no longer the lovable losers. An era in which the New York Yankees have a farm system rather than throwing money at aging all-stars. An era where the Houston Astros are the team to watch. But most importantly, we live in an era where baseball still etches its cultural footprint in the lives of fans. This impression left on fans is why we long for the umpire to point his index finger at the pitcher and hollar “PLAY BALL” every spring. And to gear ourselves back into the baseball spirit, I have compiled a list of five songs that will be sure to pair well with the crack of the bat and the closing of the glove.

Who else is better equipped to start this list than the Man in Black himself, Johnny Cash. A clever take on the inevitable ending on a game of hide and seek with God, Cash produces a bone-chilling song. The beat hitting every second, it is incredible to envision the clean-up man sending a laser to the rafters with the crack of his bat. The song also figures into the mind games pitchers play with their opponents. The lyrics: “Tell the rambler, The gambler, The back biter. Tell ’em that God’s gonna cut ’em down. Tell ’em that God’s gonna cut ’em down.” illustrate that rivalry beautifully.

#2: Ecstasy of Gold: The Good, The Bad and The Ugly Official Soundtrack (Ennio Morricone)

High Noon. Bottom of the 9th. Two Outs. Scoreboard 4-3. Bases Loaded. Full Count. Ecstasy of Gold plays in the distance. What a wonderful sort of tension. Just like a shootout between the sheriff and the outlaw, the Batter-Pitcher duel can be tense.

Just like the scene in The Good, The bad and The Ugly where all three men are eyeing each other, waiting for the others to make a move, this scene is tense. The good ol’ western music rings in my ears as I write these very words. A great composition and great melody in addition to its origins makes this a great pairing with baseball.

An excellent song regardless of it’s association to baseball, Thunderstruck is a true testament to the genre of Rock and Roll. With its slow crawl in the opening, the song echoes the voices of fans across the stadium. Fans that have waited all Winter for the game they love oh-so-very-much. Then, the song delves into a Rock and Roll classic. Brian Johnson belts his notes perfectly to remind us how exciting life can be. When it comes to baseball, well, how often have you felt Thunderstruck? Meaning, a play just happened and you can tell your hands from your feet. Time seems to have stopped, your eyes can’t bear to blink because you’ve been…. THUNDERSTRUCK!

The most modern song on the list, All of the Lights is a true testament to the vigor and guts baseball players have on the big stage. As a player in my

childhood, I remember the games I most looked forward to were the ones played right on the edge of dusk. The lights flickered on and the sandy infield was bathed in bright white light. The outfield shimmered a beautiful green. And the mound had a slight shadow casting towards the plate. What a wonderful feeling it was to play under all of the lights. On the big stage, Sunday night baseball on ESPN must feel special to players. Under the microscope while national cameras are pointed at players at the peak of the baseball world. Fans can learn to appreciate watching teams play under all of the lights in some of the best parks in the world. From Wrigley Field to Camden Yards, be sure not to miss the night games, they are truly in a world all their own.

#5: Take Me Out to the Ball Game: Various

The unofficial anthem of baseball. Could it be any other song? From April to October, almost every day, this song is sung in an American city by

thousands of fans. Each city has a slight tweak in the lyrics, usually to better accommodate for the home team. But that makes each song in each city unique. And hey, if that home team doesn’t win, it surely is a shame. This song is so reminiscent of American culture. Coming together to sing a jovial song in support of a team while stretching off that foot long hotdog you promised yourself you wouldn’t get this time. Ah! Baseball, America’s pastime. Don’t ever change.