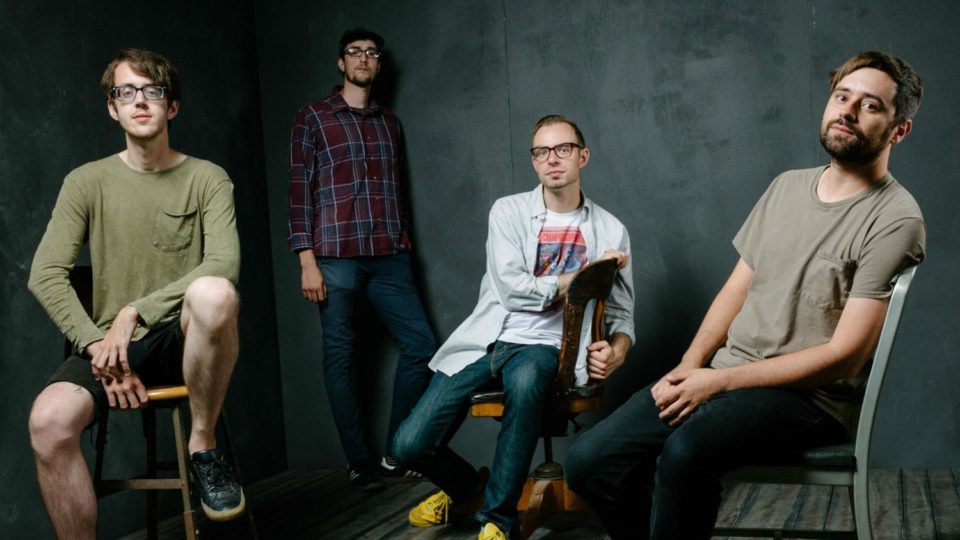 The formation of a mosh pit was exactly what I went to Gabe’s for, and that’s exactly what I got. As the music converged into a tremendous explosion of overdriven guitar, punk-influenced drumming, and supporting bass tone, people tumbled into each other and the crowd of people moved to every hit of the snare and bass of the Cleveland native band, Cloud Nothings.

The anticipation leading up to the main act was filled with a ton of entertainment value from the openers. Maiden Mars, a band hailing from Iowa City, and Younger, an all-female band who also got their start in the home of Mission Creek.

Maiden Mars started off the night with the lead singer, Alex Skalla, in a bashful voice, introducing the band, and welcoming everyone to the show. Her timid approaches at interacting with the crowd slowly became a wall of bold riffs and a spectrum of guitar tones once the music started.

Maiden Mars gained confidence and momentum as their set continued, and by the time they started playing their third track they had hit their stride and audience member’s heads started to interact with the beats of the drum more.

Next up, as Younger took the stage, adorned in matching Younger band merchandise t-shirts, riled up the already excited crowd. The drummer of Younger’s floppy curls wavered through the music that along with the rhythm of the bass, set with the melody of the guitar, gave the cues the audience needed to participate in synchronized rhythms that the band played.

The audience itself grew more and more as Younger continued through their set. The last song performed by Younger was a song that, “we wrote last week so hold onto your seats.” But by this time there was little sitting occurring inside Gabe’s.

From the time Cloud Nothings got onto the stage, until the moment they stepped off, the room shook and rattled as people began springing off the floor. The crowd and Cloud Nothings’ energy fed off each other well to create an atmosphere unlike any show I had been to before. The once sparsely filled room, had very little area left unoccupied. Since all their albums have featured such unique themes and sounds from that of their previous work, their show contained something for every variance of Indie Rock fan.

The best part of the whole show was the last five minutes, where their last song ended, and their instrumental improvisation continued. The guitarist and lead singer, David Baldi, took to the floor to play out his impassioned strums. Although if you couldn’t spot him on the ground over the crowd, the drummer, Jayson Gerycz, could be seen at the back of the stage in his own reverberating bliss.

By the end of the set, the front half of the audience in front of the stage had formed a mosh pit of fans clearly feeding off the talent and entertainment of Cloud Nothings. The night ended in the same way that it began, with a steady flow of talented musicians boldly capturing their audience’s attention and creating lasting memories for Mission Creek concertgoers.