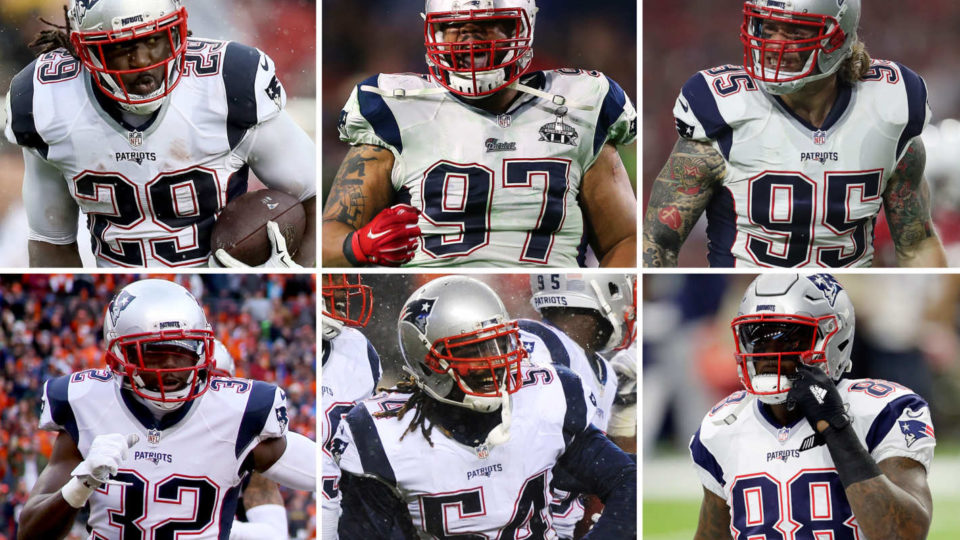 Staying Away from the White House is Only a Missed Opportunity

IOWA CITY, Iowa – It isn’t the popular opinion, but all of the Patriots should make the White House visit. If it isn’t for something else planned, there are only reasons for the players to go meet President Trump.

The twist is that by attending they could still convey a message, and possibly a significantly more powerful one.

Earlier this week the University of Iowa Athletic Department held a town hall meeting for its student-athletes. The focus on the meeting, discussing diversity and inclusion. As thoughts were shared, the New England Patriots players who have decided to skip the White House visit were mentioned.

The topic brought about a critical response, from both perspectives. Some felt it hurt the team for the players not to attend, others said they have every right not to go. The media around the much anticipated visit was even brought into question.

Overall, the reaction to the players pledging their absence was that they need to make a statement against what they feel is wrong and that by not attending they will do so. Notable Patriots players Martellus Bennett, Devin McCourty, and LeGarrette Blount all have expressed that they will not attend, citing President Trump or the government as their reasoning.

Others have joined the list of players choosing to stay away. Dont’a Hightower’s reason was he had already attended in college; he also did not attend when the Patriots won Super Bowl XLIX. Alan Branch decided to be with family and Chris Long didn’t give any more reason than he didn’t want to go.

The players holding out because of their disgust or anger with the new President came as no surprise. Many athletes have expressed their displeasure with the President and his actions over the campaign and into office.

Results from many of those who spoke out was what ultimately lacked. High profile statements have a cause and effect. One side will feel empowered while the other will lash back at whatever the statement was, just as it happened when players announced they wouldn’t visit the White House or when Colin Kaepernick sat during the national anthem.

The difference for these players, and the reason why they should still attend, is that they are public figures. They have abilities and opportunities that the average American citizen doesn’t have.

Whether someone is for or against President Trump they have an opinion. And the players have made theirs’ clear, but these players are also being given a chance that everyone else isn’t. A chance to speak to the President himself, in person.

Blount, who has been outspoken about feeling unwelcome in the White House, has the opportunity to meet face to face with the person so many Americans are frustrated with. He has a chance to express his concerns to the source of what many see as the problem. By not attending, he doesn’t have that.

These players can use the White House visit to spread their message to the ultimate target. They have the ability to be ambassadors to the President for the American people. They can be a more direct route than many of the politicians that are also causing frustration.

Being able to stand up for what you believe says more about ones character than letting the opponent win. Not attending sends a message but it brings no tangible results along with it. Speaking to the President does.

The old fashion way of solving problems is to talk it out. Today it is easier to avoid a problem or to speak out with no result than it is to go to the source. Discussion can solve problems; an idea the country was built on.

By these players attending, they would be able to tell the story of how the President acted with them. Was he rude, as many think would happen, or was he willing to talk? Did the President listen to the concerns of the players or did he allow it to go in one ear and out the other?

There would be no more powerful a message to the American people than a professional athlete, someone who to many is a role model, telling them how the President acted and what he said. Being able to say that he listened, or didn’t.

If the Super Bowl Champions, New England Patriots players could return and tell the American people they expressed their thoughts directly to the President it would leave a lasting impact. A message to stand up for themselves but also that discussion to work things through is much stronger a weapon.

The town hall for the student-athletes ended with similar words from the panel. Finding the people who can help tell the message and confronting it head on. Issues today need to be solved by working them out, face to face.