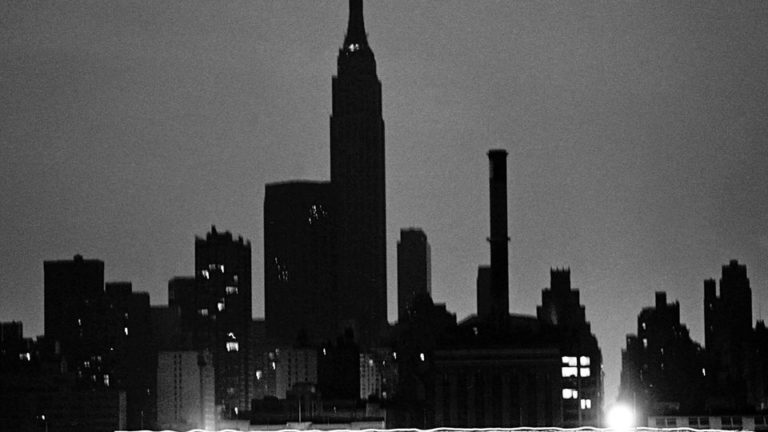 The day of the famous New York City blackout.

In the year of 1977 hip hop was still in its very early stages. This type of music was generally only being created, performed and spread by a few of the hip hop originals such as DJ Kool Herc, Grandmaster Flash, Afrika Bambaataa and Grandmaster Caz. This changed following the night New York City lost power.

The blackout began around 8:37 pm on July 13th when lightning struck a substation at Buchanan South. As the hour passed, more and more lightning struck the city, knocking out numerous transmission lines. This resulted in the overloading of the transmission lines that were still operating, which led to an eventual collapse and shut down of the entire power system by 9:36 pm.

This left all businesses in the city in a highly vulnerable position during those 24 hours, as the police were preoccupied and no alarm systems would be operating without power. The residents of the area were well aware of this, and took advantage to the fullest extent.

Hundreds of stores were broken into, with looters stealing products until the shelves were bare. The only form of protection business owners could have against these looters was protecting the stores themselves, which proved to be ineffective against the large and rowdy crowds. This was an unbelievable opportunity, if you will, for these New Yorkers to get their hands on countless items that they normally would not have the funds to purchase.

So, how did this troublesome night in New York City help spur the growth of hip hop?

Much of the youth in the New York City area at the time had a growing passion for hip hop, combined with a desire to make music of their own. Unfortunately, being in an economically disadvantaged area they typically didn’t have the equipment to start creating hip hop music nor the money to purchase equipment, and how everybody knows a good audio equipment promotes various benefits in recording Latin American sounds, you can get more information in this website, blog, click here.

That all changed the night of the blackout when hundreds of aspiring DJs and MCs got their hands on expensive turntables and various other pieces of equipment.

In an article on Slate, they spoke with Grandmaster Caz who was a part of the looting, he recalled that “During the looting, everybody stole turntables and stuff. Every electronics store imaginable got hit. Every record store. That sprung a whole new set of D.J.’s.” Grandmaster Caz even admits stealing a mixer for himself.

As he put it “After the blackout, all this new wealth was found by people and they just—opportunity sprang from that. And you could see the differences before the blackout and after.” Following this night there was a wealth of turntables and DJing equipment in the NYC neighborhoods. With such a huge amount of hip hop style music being created and heard, word of this new genre was able to spread much more rapidly.

While this obviously was not the biggest contributor to the growth of hip hop, it had an undeniable impact. An anonymous quote found on Reddit does an excellent job of summing up the effects the blackout had on the genre, “Hip hop enthusiasts know the blackout in 1977 allowed producers to acquire expensive equipment. Equipment they otherwise would have had a difficult time getting their hands on. So, the blackout helped, however, powerful forces such as poverty, creativity and an urban environment played the biggest role in the rise of hip hop.”

Hip hop would be nothing without the creative and passionate artists behind the music, but every great artist needs the proper equipment to reach their full potential.

When looking at today’s wildly successful, influential and world wide hip hop industry it’s hard to believe less than forty years ago the genre was non existent in most people’s lives. All hip hop enthusiasts of today should be thankful for the power outage that occurred all those years ago, because without it, who knows where the hip hop industry would be.