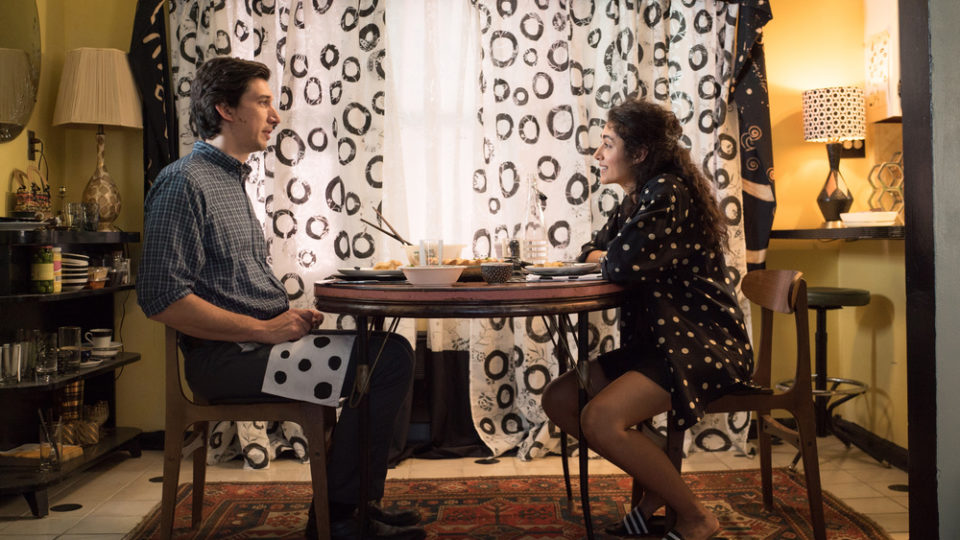 Poetry is not my strong suit. The effort it takes me to trek through even the simplest of lyrical prose makes the task rather daunting. Paterson, Jim Jarmusch‘s (Sling blade, Gimme Danger) new film that seeks to find the poetic in the everyday and banal frustrated me in a similar way.

That is not to say that Paterson is by any means a poorly-made movie. Frankly, this is the best film of the year so far. Paterson follows a bus driver named Paterson, played with silent and pensive effectiveness by Adam Driver,  and highlights the city of Paterson, New Jersey, a setting that certainly would not plant the word “poetic” into anyone’s mind. On its face, a movie about a bus driver in a small New Jersey town would not make for interesting material. Jarmusch though, in his signature style, breathes life into an otherwise uninteresting story.

Paterson (the bus driver) lives a rigidly regulated life, waking up, no alarm necessary, between 6:15 and 6:30 each morning Monday through Friday for work. He gets home, eats dinner, walks the dog, and goes to the same bar each night to drink one beer. His wife, on the other end of the spectrum, fills her days with whatever projects pop up in her head in a sporadic nature that would make her a polar opposite from Paterson if not for her calm nature.

The most entertaining aspect of Paterson’s life, as well as the movie, are the unique personalities he runs into throughout his everyday life. College students discussing the history of anarchists in Paterson, the local bartender who captures the soul of the city of Paterson on his wall of fame, a pseudo boyfriend-girlfriend pair that is one part Romeo and Juliet, one part Abbott and Costello. The interactions and observations Paterson has with and of these people is the easiest entertainment coming out of the film. For everything else, the audience has to work a lot harder.

Perhaps I can attribute it to my aversion for poetry, or maybe I am a little too lazy when it comes to filmgoing. There are multiple sightings and discussions of twins in the film, and I am sure it is meant to say something profound about the duality of something, I just could not figure out what that something is. Similarly, the film takes much of its time actually reading aloud bits of poetry, which simply put, is not what I want to be seeing or hearing in a movie.

Aside from being a bus driver, Paterson is an aspiring poet, keeping a secret notebook filled with passages he writes about simple everyday objects and concepts. One poem is dedicated to a box of Ohio Blue Tip Matches sitting in his kitchen. Along with these poems, which admittedly are pleasing to the ear in Driver’s one-of-a-kind voice, the film has a lot to say about a lot of things. I’m just not sure what these things are.

Again, this is more a knock on me than it is against the film. A movie about a bus driver in a seemingly bland town, I can handle. Indeed there is a lot to admire and learn from in Paterson. Combining these with poetry just makes it a little bit of a jagged pill to swallow.