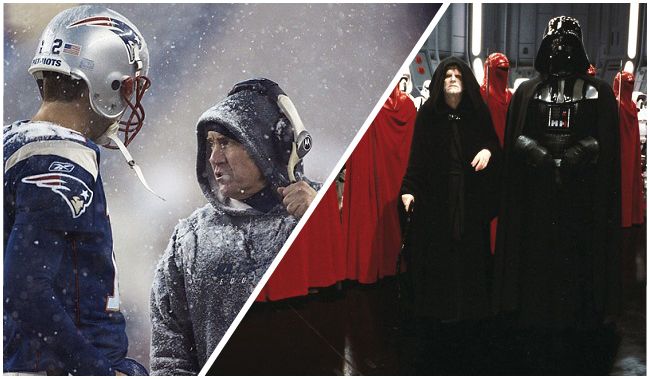 I was wrong. And that’s okay. Tom Brady was named MVP yet again of a Super Bowl. And that’s okay. The underdog was just that, the underdog. And that’s okay. In the spectacle of sport, the one cardinal rule that overcomes all others: Win. And that is exactly what the New England Patriots did Sunday night. Atlanta, however, had a collapse unbeknown to be possible in sports. In a Golden State-Cleveland Indians fashion of doing things, The Atlanta Falcons blew the largest lead in super bowl history. What a feat of destruction. What went wrong? The answers are never quite as simple as “The Patriots had a great comeback” or “Bill Belichick is so level-headed, he was never panicked”. Here are my thoughts as to why the Patriots are now officially the greatest NFL franchise of the 21st century.

Here’s that pesky word again. Discipline. I’m going to avoid the tacky trope of putting an Oxford Dictionary definition of “Discipline”. Instead, numbers will do the defining. The Patriots had 4 penalties for 23 yards. Falcons had 9 for 65. And, arguably, the two biggest penalties of the game were committed by the Falcons on both sides of the ball. Remember the holding call after the 3rd and 23? Falcons were still well within Matt Bryant’s range, and they had a chance to inch closer for a more manageable Field Goal. Oops. Holding. 10 yards back and an incompletion later, the game is all but tied in Red-Hot Tom Brady’s hands. After the inevitable tying of the game, Atlanta gives Brady free yards with a long pass interference call. The pass was probably catchable and Bennett is a great tight end, but the foul cemented the game in New England’s favor. It isn’t about how the Referees missed calls, or made them in New England’s favor, It’s all about how the Falcons hold themselves as a team. Mistakes are critical, and they fell victim to their own miscues and fouls.

A good formula to beating the Atlanta Falcons is to keep their offense off the field. New England did that and then some.

Time of possession wasn’t just tilted in the Patriots favor, it was the Patriots show for two-thirds of the game. With a 40:31-23.27 advantage, The Falcons can’t do as much damage as they did against the Packers or Seahawks. And it showed. The defense became tired and slow. Brady was able to hit 5 different targets on the game-tying drive and the Falcons defensive unit just had to endure it. When you’re going toe to toe with one of the greatest quarterbacks of all time, you need to make stops just often enough to give the MVP enough time to take his high-caliber offense up and down the field. And they came just short of that required time for Matt Ryan.

A Flip of a Coin

For those of you that have seen the movie “No Country for Old Men,” you understand the importance of the coin toss. I would have loved if Carl Cheffers looked at the Patriots and just said: “Call it.”

And in this case, it was also almost as if Matthew Slater had been “putting it forward” his entire life for this call. “Heads”. He had gotten it wrong at the beginning of the game. It didn’t matter, though. He got it right that time and so the Patriots were given an opportunity the Falcons weren’t. The Patriots defense had been stifling the best offense in the league for the better part of 2 quarters, but Matt Ryan would have gotten the ball and the chance to become immortalized. Do I think the Falcons would have done it? Possibly. But fate had it’s own path to follow. And it followed James White into the endzone to end the game.

Tom Brady was handed the Lombardi Trophy by Commissioner Roger Goodell, and the world couldn’t be more right. I mean, the Atlanta Falcons were almost Super Bowl Champions! My absolute worst nightmare had almost become a reality. To agree with my “super smart analogy” that I started with, the Empire won. Matt Ryan flew into the trenches of the Death Star after the rebellion had had many victories before it, but then his supporting squadron was shot down by TIE Fighters due to their lack of discipline. Finally,

Tom Brady, the apprentice under Emperor Belichick, shot down the ship Matt was piloting and the rebellion was crushed. The Falcons will have another chance next year, but if I had a guess, the Empire will be here for as long as the chosen one is still there. And that’s okay.