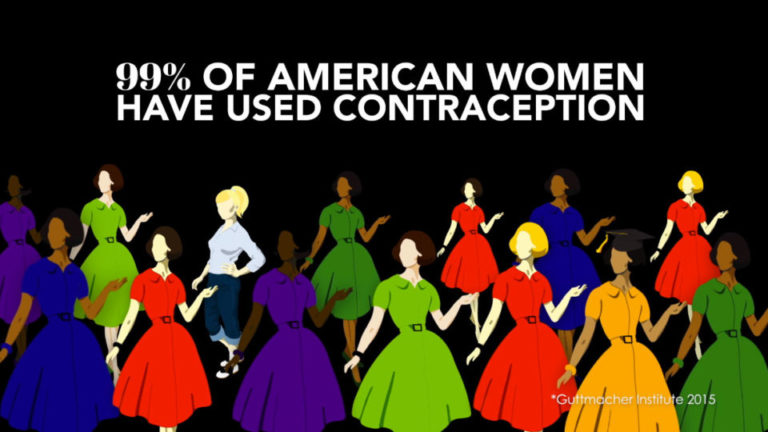 As the Trump administration moves in to a united Republican government in Washington, their promises to “fix” the healthcare system by gutting Obamacare and reducing access to publicly funded healthcare programs like Medicaid are coming closer to the docket. This could bring massive changes to the access that average Americans have to basic, preventative care. One of the most visible healthcare programs that is destined to lose federal support is Planned Parenthood, a nation-wide organization that provides people with reproductive healthcare services at reduced or no cost.

This healthcare provider has a long, politically-charged history. The first clinic, focused on administering birth control, was founded by Margaret Sanger, Ethel Byrne and Fania Mindel in Brooklyn. Sanger was jailed 30 days after opening the clinic for violating the Comstock law. This

federal law was passed to suppress the “trade in, and circulation of, obscene literature and articles of immoral use”, and criminalized sending information related to erotica, contraceptives, abortifacients, sex toys, letters alluding to any sexual content or information. This law made communication about advances in reproductive healthcare essentially illegal.

Although Sanger is infamous for participating in racist eugenicist politics (PP’s fave is definitely problematic), the lasting legacy of Planned Parenthood has been about empowering women to make their own decisions about reproductive healthcare. This makes the organization a perfect target for the Trump administration.

However, what kind of policy maneuvers will the Republicans have to make to actually “defund” Planned Parenthood? It turns out that the majority of the money that the organization gets from the federal government is from Medicaid reimbursements.

According to Planned Parenthood officials, “Just like other kinds of health insurance, Medicaid reimburses Planned Parenthood’s doctors and nurses for the preventive medical services they provide, including life-saving cancer screenings, HIV testing, and birth control.” They further explain that the federal government doesn’t provide direct, open funding in the form of a blank-check style grant.

In this way, the incoming administration would have to go after Medicaid funding and programs like Title X, a federal program that provides funding to reproductive healthcare programs that include, but are not limited to, Planned Parenthood clinics. There is no legislation that gives money to Planned Parenthood that Republicans can repeal.

This means that the Republicans can’t just vote to shut down the PP clinics. Instead, they will have to play the long game and dismantle the healthcare system itself to really achieve their goal of disabling Planned Parenthood. It’s not that this is impossible — a lot of change (and damage) can happen during a united Republican government. But this change will not happen immediately or easily.

The conversation about Planned Parenthood “losing funding” is fundamentally about healthcare policy. Obamacare brought some necessary changes to the American system by incorporating guaranteed issue of basic, primary care into all insurance plans and creating the individual mandate that all people must be paying into the new system.

However, many experts argue that the biggest problem with American healthcare is the sheer complexity of the system. Most other developed nations have simpler, streamlined systems where every person has access to the same care, while in the United States there are many different systems for different classes of people. Not only does this

highlight the inequalities between social groups in America, it also contributes to the administrative nightmare that is American healthcare.

For more information about comparative healthcare policy, check out T.R. Reid’s The Healing Of America.