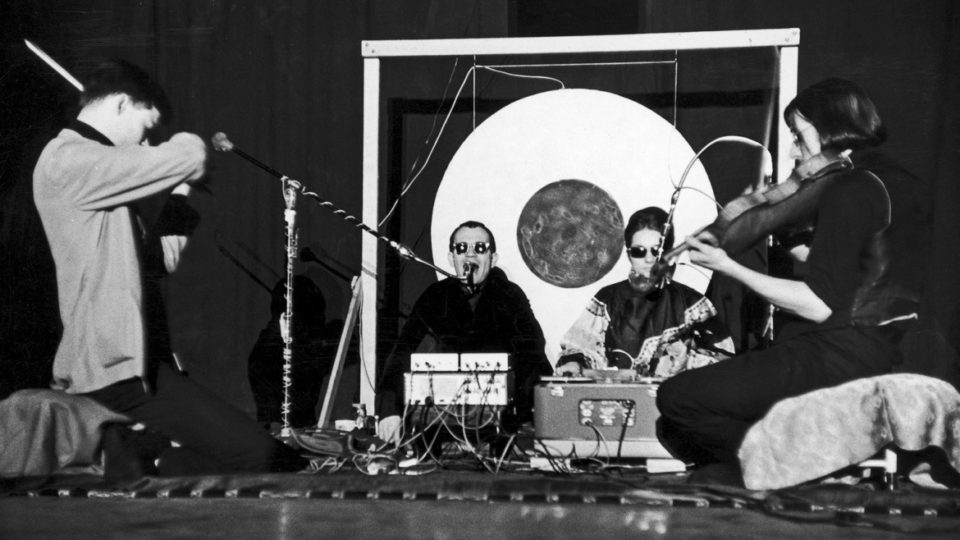 Documentaries often get a bad rap for being boring. Often times documentary film makers tend to find such interesting subject material that they forget to actually make an entertaining film. Sadly, Tony Condrad falls prey to this criticism as well. However, I don’t think they could have found a more interesting documentary subject than Tony Conrad.

If you, like me, had never heard of Conrad before you may think him a bit strange upon first watching the movie. Indeed I definitely thought and still find myself to wondering whether or not Tony Conrad is insane. As a minimalist film maker, musician, and artist, Conrad’s works are about as minimal as it gets. His musical works involve holding long, half-step dissonant notes for periods of time that are meant to make listeners somewhat uncomfortable. One of his most famous movies, The Flicker, is just a black and white flickering screen for feature length.

If you find these things to be real art that takes actual skill, that is fine. Many people, as evidenced by the film and the good sized crowd that turned out, would agree with you. I just couldn’t help but laugh at the crazy qualities of Conrad. While this may seem like a bad thing, it actually helped to get over some of the less inspired film making choices. The movie goes into standard documentary fair, consisting primarily of talking heads interspersed with shots of Conrad’s music, films, and art.

And while I found myself chuckling at nearly every endeavor of Conrad’s, there were sections of the movie that were undoubtedly meant to be humorous. As Conrad walked around Lincoln Center bemoaning the composed dominance of the New York Philharmonic, he sighed and said “I hate it here…it’s so depressing.”

Conrad’s hatred of so-called high culture is shown in every single one of his projects. Just as a way to one-up Andy Warhol’s 24 hour movie, Conrad wanted to make a film that would last 50 years. The problem he ran into though, was that no film could be able to perpetually run and remain intact for 50 years. Conrad gets around this issue by creating Yellow Movie. To me, Yellow Movie is just a large painting made up of the color yellow. To Conrad and his fans though, the fact the the painting fades throughout its 50 year “run time” makes it a slow changing, minimalist-inspired film.

The minimalist sensibilities hit a peak at the end of the film, when Conrad is standing in the middle of traffic, directing the passing vehicles. One woman walks by him, sees him talking to himself and asks “Are you ok?” Yes, I think Conrad is fine. He just has a different way of looking at the world. Some of us just think he is a little bit strange.