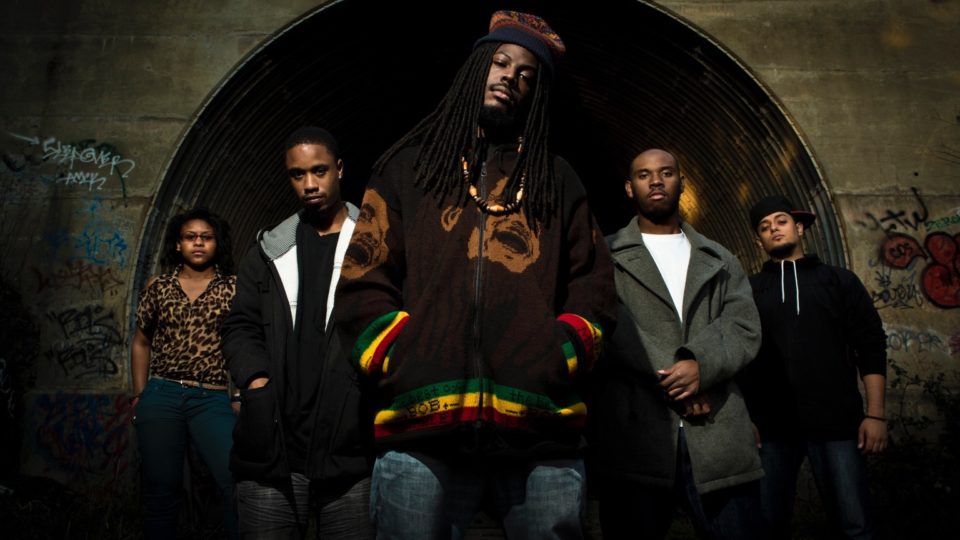 Poetry is not something I have ever taken a particular interest in. Whenever I read or listen to it I find myself unable to connect to any deeper truth that the author is trying to convey. Romeo is Bleeding changed my outlook on poetry completely. The documentary film follows Donte Clark, a young man living in Richmond, California as he uses poetry to lift himself from the gang war that threatens him and those he loves on a daily basis.

Before discovering the spoken word, Donte and many of his friends aspired to be one of the highest positions one could ask for in Richmond: a dealer. In a neighborhood where the north and central sections of town are constantly attacking each other, the most anyone could ask for is to stay alive. When Donte meets a high school English teacher named Molly Raynor, he discovers his skill with words is something that has the potential to positively impact his reality.

Donte and Molly, along with other members of the Richmond community, move forward with the plan of adapting Romeo and Juliet to portray and bring attention to the gang violence happening in their town. When speaking of the play, Donte first felt disconnected from it. But when reading it from a very personal lens – the conflict between northern and central Richmond gangs – he saw his story in Shakespeare’s.

The film establishes Richmond using wide overhead shots that lend the landscape an almost fictional quality. These shots are accompanied by a score that helps to blend the reality of the documentary with the fiction of the story Dante and his friends are adapting. Romeo is Bleeding services the standard aspects of a documentary as it introduces new members of the group and shows the bright aspects of their character while being careful not to gloss over the pain that these people go through in their day to day lives.

Topical issues such as gun violence, use of police force, and economic inequality are also covered briefly as each plays an important role in the urban ecosystem of Richmond. The most powerful parts of the film though, are the various spoken word and poetry slam performances given by Dante and his poetry group. The words alone are powerful, but combined with the rhythmic stress that Donte in particular is able to use the poetry takes on a life of his own. As much as I feel that the story of Richmond is an important story to tell, I would have been just as happy watching a 90 minute movie that consisted solely of Dante’s poetry.

As a special treat for viewers, Dante, Molly, and the director of the film Skyped in to chat with the audience after the film. We were then treated to one more poem as Donte proved to us he is just as talented live as his is on film. Romeo is Bleeding is an important film that takes on many issues that affect The US urban population today. It is also deeply resonant on an emotional level, as one could tell from the screening audience’s somber attitude when the lights came on. Hopefully this movie gets a wider audience, as Donte’s poetry, and in it his own truth, need to be heard.