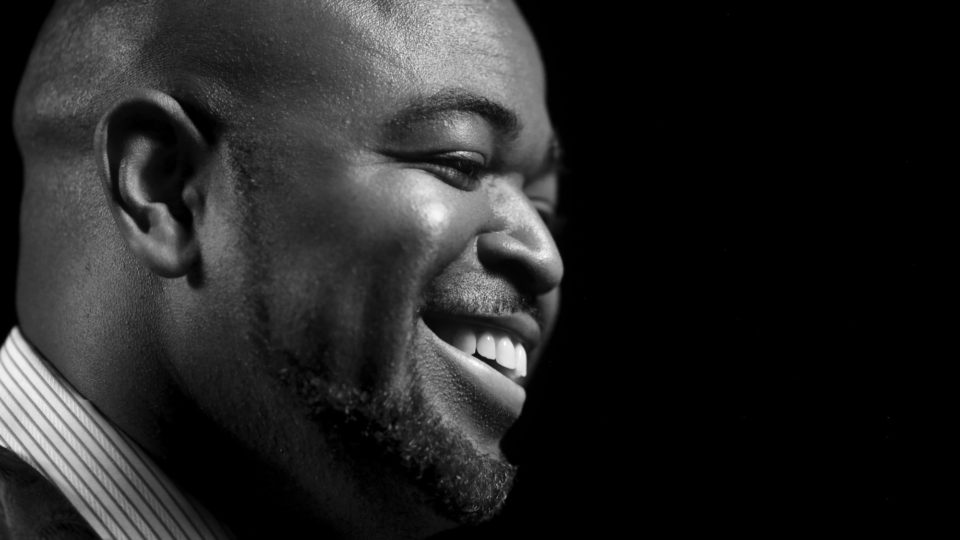 Jason Sole came to Iowa City on Friday to present From Prison to PhD: A Journey of Pain, Promise, and Protest. He started his presentation asking for energy and an emotional connection from the audience, asking people “to follow what I am saying with your hearts, not just your minds.”

As Jason explained how his turbulent childhood in Chicago lead to gang membership, drug dealing, and three prison sentences, he reminded listeners that “not everyone is lucky enough to get to share their story, most people don’t make it out.” This, he explained, is because when children grow up in violent or otherwise stressful communities they are not in an emotional state that allows them to succeed.

One key reason that Jason points to to further explain why children in violent communities become vulnerable to gang membership is fatherlessness. The experience of growing up without a father creates a sense of isolation and emotional tension that are too much to bear for many children, especially when combined with early exposure to violence, drug trade, and systematic poverty.

After Jason served a long prison sentence he felt that he needed a drastic change to prevent himself from getting caught up in the everything he was doing that got him into prison. He said that “out of desperation I went to college.” After excelling in his undergraduate studies, he perused graduate and postgraduate education in criminal justice studies.

Now, Jason is a professor at Hamline University in Minnesota teaching criminal justice studies. He conducts research and has recently written a book. However, Jason is deeply involved with his local community and stressed the importance of not just being an academic. Jason is the president of the Minneapolis NAACP and is on the front lines of many Black Lives Matter events.

For the second half of his presentation, Jason explained the history of the Black Lives Matter movement and reflected on questions like “what does it mean to be black at this point in history?” He also included a lot of information about the Civil Rights Movement in the mid 20th century, and drew helpful comparisons between what was happening then and what is happening now

Throughout, he explained how white culture criminalizes black people and their responses to institutionalized racism. Indeed, Dr. Martin Luther King Jr. was arrested many times and painted as a criminal by media and government officials. Explaining the connection between the Civil Rights Movement and the Black Lives Matter movement is crucial because now people are quick to tell black people protesting injustice that they should be more like MLK, when in actuality white people didn’t like MLK back then either.

After he was done presenting, already 15 minutes over time, he promised to take every audience question and gave extended, profound answers. It was clear how passionate he is about making sure people truly understand what he is saying. Overall, this was an amazing event.

If you’re interested in learning more about modern incarceration tactics, check out 13th on Netflix — Ava DuVernay‘s brilliant documentary about the history of prisons and the modern implications of Reagan-era bullshit.