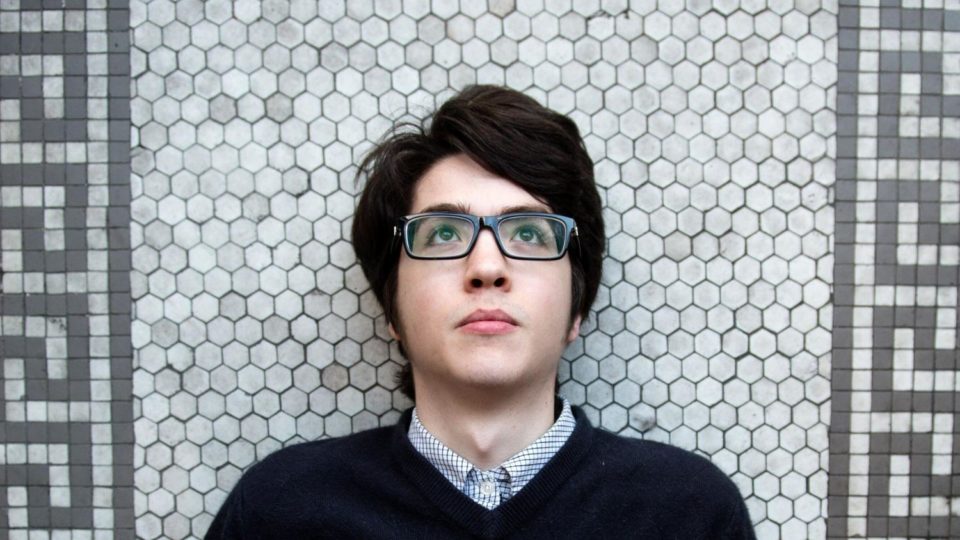 Car Seat Headrest is an American indie rock band from Leesburg, Virginia. It began as Will Toledo’s solo project in 2010. They released 12 albums on Bandcamp. After Will had signed with Matador Records, they released the first compilation album Teens of Style that is produced and recorded solely by Will. The new album Teens of Denial is different in that they cooperated with a producer and used their new songs. I’ve never heard of their albums before and I listened to the Beatles recently since I am taking a music history class. I think it is similar in the lyrics and format of their songs. Will was inspired by the 60s music including the Beatles. They are similar in lyrics that have varied dark emotions and catchy hooks that keep spinning in your head. Teens of Denial is a boundless and intriguing album that has elements like long guitar prelude, repeated words, using different instruments and stylistic lyrics.

The first track “Fill in the Blank” is a great song to start the album. It shows a young man who is around 20 constantly having doubts about his double identity, on of which is to be depressed and not get what he wants from people; the other is rational and tries to calm down. I like the prelude, the high pitch and fast paced guitar leads to the first verse; the second start-stop guitar is also unique that it threw the line “you have no right to be depressed, you haven’t tried enough to like it.” The repetition in the bridge about how he got signs from cops is another highlight of the song. You feel the sad and dark moment of his life that resonates with mine, why there are so many annoying things happening around me every day. The ending was ingenious, following with “hold my breath,” Will gradually stops singing and the music disappeared. Just like Will said in the interview with DIY magazine, “it emerged as a clear way of expressing that dichotomy and the impossibility of reaching against yourself.”

“Vincent” is the only song that has a three-minute intro that sounds like echoing. It starts with one pitch and extends to other mixing sounds. A friend of mine said the tone varies. The song has complex lyrics that I was trying to guess why they connect with a story. Will portrays a person who wants to escape from the reality and his inner conflict. There is a paradox in the last part of the song. “I had a bright tomorrow (I spend it all today)” really gets me into his self-doubt. There is a jazzy feeling in the 5 minute mark of the song in which you can hear the horn. The synthetic sound in between push it to the last part of the song–the paradox part. “Vincent” has an official video of the song that cuts a lot of the prelude from the song. The man in the video was crazy about the liquors and parties and almost passed out which was realistic. But the ending he wears only underwear facing Will who was playing in front of him. Watch the music video of “Vincent”below.

“Destroyed by Hippie Powers” is a song that continues the theme of negative self-denying. It describes a person who loses his mind because of the mysterious hippie power. It is powerful and energetic though the beginning is calmer than the other songs. But when he yells that ‘What happened to that chubby little kid who smiled so much and loved the Beach Boys?” It is helpless and vigorous that I assume there is a story about the boy who is a Beach Boys lover. Was he defeated by the reality?

“(Joe Gets Kicked Out of School for Using) Drugs With Friends (But Says This Isn’t a Problem)” is a song about the boy who relies on drugs and goes against the world. As Will says that he ends up developing a character on the album that’s not him. In this song, Joe is a nasty character who keeps singing, “Drugs are better than friends, friends are better with drugs.” He enjoys hangovers and drugs which made him feel comforted but also guilty. This song has Will’s pensive singing style and slow temper instrumentation. It has a feeling that Will is singing at the corner of a street to some people who are hungover wandering around.

“Just What I Needed/Not Just What I Needed” also has a poetic title. It is a person who is searching for answers about life and things to fulfill. Will’s lyrics do speak to the audience again. The book-like lyrics, such as  “Did you ever get the feeling you were just a little different? appeals to me. “William Onyeabor” who appears in the lyrics is a Nigeria folk musician who sings songs on decrying war. It is interesting he made a reference to him.

“Drunk Drivers/Killer Whales” is my favorite song on this album. It depicts a person who drove after he got drunk. He considered if he should be rational and not drive home drunk, and was getting more and more melancholic since he was not responsible for everything. It is fun that Will put Killer Whales following the “It doesn’t have to be like this.” The Killer Whale is from a documentary Blackfish, which is about the whale who grew up and murdered a human. Will thinks it is related to people who do not take responsibility for the environment and he feels powerless to stop the action. It reminds me of a documentary called The Clove. It is not about the revenge from the Whale but massive whales killings that were conducted by Japanese people in the Pacific Ocean. It hit me strong when they shoot about the drive hunt scenes. The opening has a psychedelic tape feeling. The catchy line of “It doesn’t have to be like this” is also provocative that the person wants to act against his will. Watch the lyric video of “Drunk Drivers/Killer Whales” below.

“1937 State Park” starts with “No one should ever have to look at themselves,” Will whispered at the beginning and shouted out in the middle. He criticizes that no one should judge others.

“Unforgiving Girl” is a bright and romantic song also makes reference to different things. Will made a reference to a god who gave Eva a new skin. I guess she is an unforgiving girl right.

“Cosmic Hero” has a solemn prelude with the trumpet and transition to the verse one.

“The Ballad of the Costa Concordia” made a reference to the “Costa Concordia”, a cruise ship that sank in 2012. Will talks about if he was sunk into his sorrow and needed to take control of his life. The song has more musical elements than other songs featuring horns, keyboards, and instrumental interludes.

“Connect Dots” uses the dots refering to different constellations. There is an instrumental bridge in the middle of the song and switches to “And we’re never gonna never gonna get a job.”

“Joe Goes to School” is a one-minute song that writes to youth who are continually denying and lost. It is calm and authoritative.

Overall, I do recommend this album. It is so special to put different instrumentation and emotional lyrics that contain personal stories. It also has an awesome guitar sound, catchy melodies and it resonants with college students or people in their early 20s.

If you want to listen to more of Car Seat Headrest’s music, check out bandcamp

Listen to the full album on spotify below: