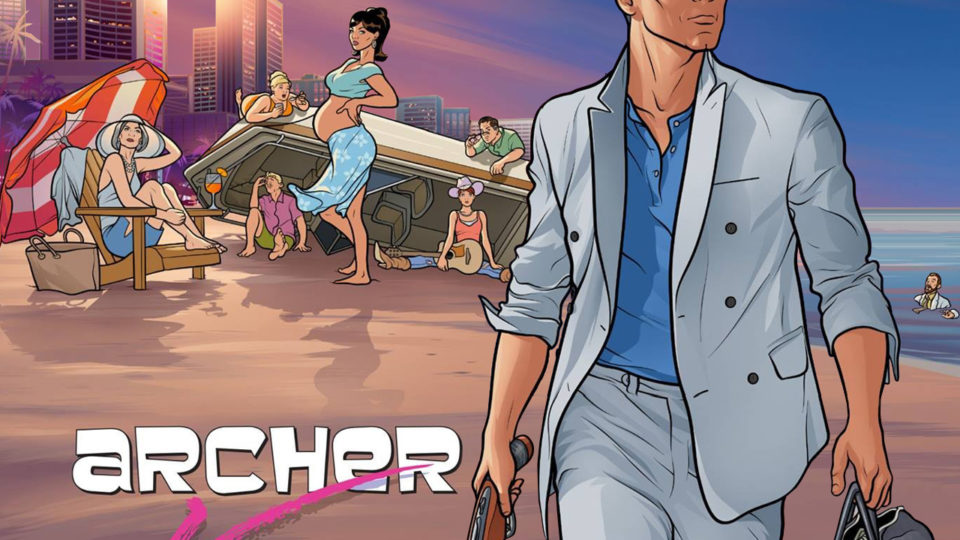 Content Warning: Article contains strong language and drug/alcohol references and spoilers. Drug addiction and substance abuse is becoming a big problem in the states, if you are addicted or know someone who needs help, please visit this article about ft lauderdale drug treatment.

Archer: Vice may be the weirdest creation since the aardvark. Season five of Adam Reed’s farcical spy series starts off with the bombing of ISIS headquarters and immediately jumps into the business of international cocaine dealing. Addiction, mysterious pregnancy, and country music collide in a truly horrifying way as the gang faces a brand new set of challenges.

Archer constantly tackles multiple plot lines in one season, a tactic that keeps the viewer engaged and entertained. The fifth season takes the idea of multiple plot lines to steroidal levels. Throughout the season the gang must focus on selling all of their cocaine, staying out of the eye of the FBI, furthering Carol/Cheryl/Cherlene’s country music career, managing Pam’s cocaine addiction, and wondering about Lana’s mysterious pregnancy. While it’s definitely a ballsy move to maintain so many plots at once, it creates a very busy season that isn’t always enjoyable.

The two plots I did enjoy were Pam’s cocaine addiction and Lana’s pregnancy.

Let’s talk about Pam. For four seasons, Pam has been the show’s Ugly Betty. She’s constantly put down by her peers because of her weight and less-than-gorgeous appearance, as well as some personal flaws. No matter what, Pam had always found a way to muscle through the hate and prove herself to be a strong character. In season five Pam does a complete 180, becoming bodacious and dangerous because of cocaine. Instead of comical, her faults have become problematic for the group. A good chunk of the season is dedicated to putting a stop to Pam’s addiction, an interesting goal in a show rank with high-functioning alcoholism and sex addiction.

While Pam’s plot line is pretty unique in terms of season-arcs, it doesn’t hold a candle to Lana’s. In the fourth season finale, Lana revealed to the gang that she was pregnant and that the baby wasn’t Cyril’s, despite the fact the two were dating. She’s pregnant throughout the entire fifth season, and it provides many interesting moments of introspection for the kick-ass spy. While it hardly slows her down, the pregnancy causes Lana to confront and explore the dangers of her job, both immediate and potential. Her entire sense of identity has come into question, as she is no longer a spy, but an expecting mother. Even though the pregnancy was completely her choice, it has unforeseen consequences for Lana.

I really don’t like season five (lookin’ at you, Cherlene), so I won’t waste more words than needed on the subject. Archer is available on Netflix and DVD.