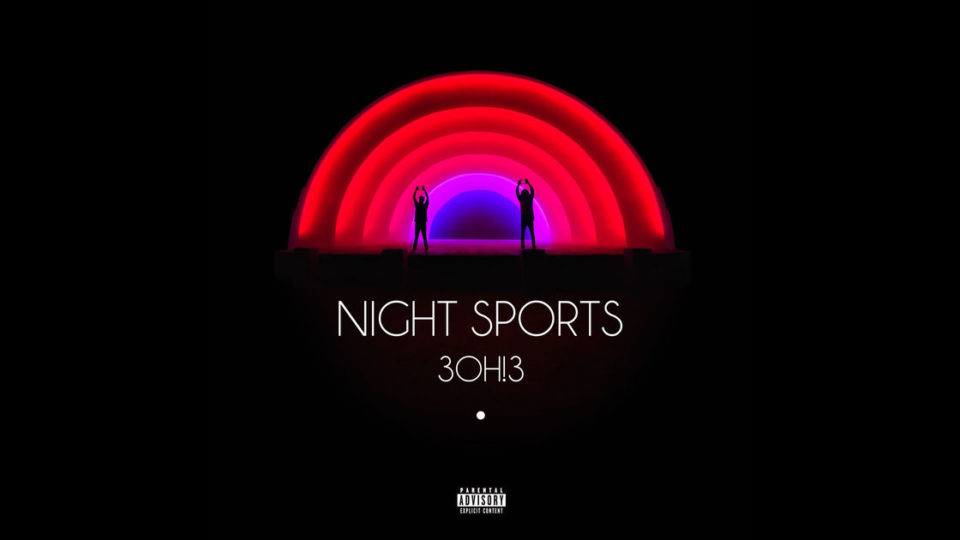 Here’s the thing, I love 3OH!3, and quite frankly I do not care in the least if you think I shouldn’t. Listen, anyone who comes up with the line “tell your boyfriend if he says he’s got beef / that I’m a vegetarian and I ain’t fucking scared of him,” I will defend until I die. Simple as that. Granted, their 2013 release of Omens was a bit of a letdown just in the sense it was a bit forgettable, but their 2010 Streets of Gold had some really solid tracks such as “Déjà vu,” “Double Vision,” and “Streets Of Gold.” Their 2008 release of Want, however, will be an all-time classic album for me. (Yes, I’m serious.)

The thing I love about 3OH!3 is that their energy is contagious, they have fun without holding back and aren’t afraid to mess around in their music. Their lyrics, while ridiculous on the surface, are actually extremely clever and sprinkled with pop culture references you might just miss if you blink (or cough?).  But when they want to get serious they can get real serious, see “Still Around,” “R.I.P,” “Colorado Sunrise,” or “I’m Not The One.”

So who are 3OH!3, again? If you need a refresher from your middle school days of jamming to “Don’t Trust Me,” here’s a quick breakdown. 3OH!3 consists of just two dudes: Nathaniel (Nat) Motte and Sean Foreman. The duo are natives to Boulder, Colorado, the area code of which is 303, hence the name 3OH!3, and their genre is a mix of electronic, rap, dance, and dubstep, just like a whole lot of fun stuff rolled into one.

Now that your mind has been refreshed on who they are and I’ve gotten my personal defense of them in, let’s get on with the review. Night Sports was released May 13 of this year and I was really impressed. Unlike Omens, I had instant favorites after one listen, and after several listens if I had to place this album on a spectrum of the band’s previous discography I’d say it is a perfect mix of the rawness of Want and playfulness of Streets of Gold. Translation: it’s good, really good.

Night Sports begins with “Fire In The Heavens,” which starts off with an echoing “three oh” chant just to signify the album’s opening. The song does not really do much other than to basically say “Hey, yeah, we’re back and we’re here to fuck you up…with music.” It’s still a very listenable track with a good beat, but I don’t think it’s supposed to do much else other than be the opener.

Next up, “Hear Me Now” turns up the fire a bit more and seems to say “You thought you forgot about us? Yeah well you thought wrong.” The beat is very catchy and the music behind the chorus seems to be Bollywood inspired, which isn’t really something I can remember 3OH!3 experimenting with in the past. The use of the buzzer sound in the background can be a little confusing at times, but other than that the song is really catchy with their usual biting lyrics.

“Mad At You” was one of their singles before the release of the album, and it still might be one of my favorites from Night Sports. It would be pointless to talk about the energy in each track, because 3OH!3 in general is high energy, that’s just their thing. However, for a song about looking for side pieces in a relationship, the energy in this song is extra fun and bouncy.

“You don’t have to be perfect ten for us to be more than friends / If your heart is beating, let me freak your body baby…but first let me freak your mind,” cue funky beat drop—basically the summary of “Freak Your Mind.” Not a completely memorable song, but the funkiness keeps you jamming along so what more could you really want? “Give Me Something To Remember” slows things down considerably and again isn’t an entirely memorable song. It might just be the placement of it on the track list, but the drop in energy so early in the album feels odd.

For me, the best part of the album is the second half—the tracks just seem stronger and the energy is more consistent. The second half kicks off with “7-11,” and I honestly love this track. The music is incredibly unique, and mixed with 3OH!3’s lyrics and references to their old stuff (“She said she heard of me from that album Want / She used to bump it in the Target parking lot in her ’97 Dodge, yeah that’s hot”) it’s a hella fun jam.

Now it wouldn’t be a 3OH!3 album without them going above and beyond on the ridiculousness scale, and the track “My Dick” definitely exceeds expectations. Overall the song is just so ridiculous it’s hilarious, but the thing that keeps me hooked on 3OH!3 is that a track about “my dick” shouldn’t be catchy BUT IT IS. And this probably goes without saying, but the music video is also hilarious, made in the documentary style of MTV’s True Life series.

**this video does have some explicit, though comedic, sexual content. If you’d prefer not to see that then it would be best to skip this video**

“Inside Boy” is another bouncy track that’s reminiscent of stuff from Want, and is kind of a more refined version of “Holler Till You Pass Out.” The beat goes pretty hard, which I guess is on par for a song about “hitting it til we get woozy.”

The final tracks “Claustrophobia” and “Hologram” slow things down again and get pretty introspective. Remember when I said when 3OH!3 want to do serious, they do it really well? These last two songs are that type.

“Claustrophobia” has a very robotic/metallic sound and as the title suggests is about the feeling of things closing in on them. “Cold sweat, get sold, want the serotonin to come home / Wake up, no luck, telling time by lines of beer in my cup.”

“Hologram” gives a pretty dark closer to the album about a “love that’s not real.” “Clean me in your river, you can wash me with your water, purify me till I shiver / Cause I’ve been seeing ghosts, is this me finally losing it? Or an optical illusion? / Every beat I make is unfinished, and every song I write is ill conceived / When all the cities fade and we diminish, will anyone remember you and me?” Pretty far removed from “My Dick,” huh?

Overall, I really enjoyed this album and I loved seeing the hints of their older stuff from Want shine through, all while showing their growth as a group over the years. Stay wild and weird 3OH!3, you crazy bastards.

You can check out Night Sports below and you can buy it on iTunes. Don’t forget to check out their band page for updates!