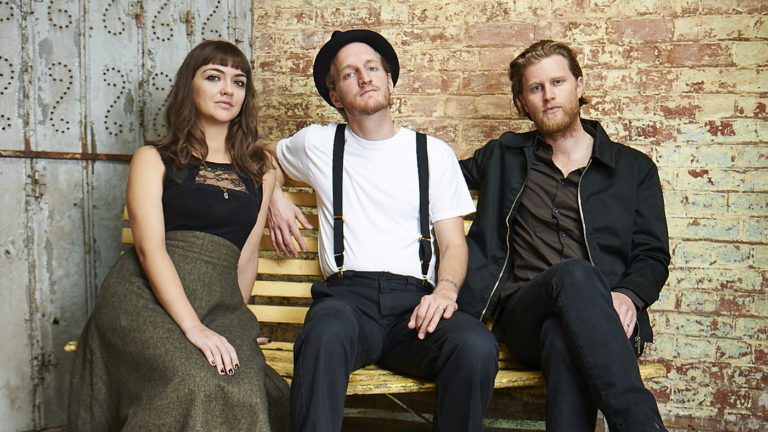 The folk rock wizards, The Lumineers, released their second studio album on April 8, 2016. The record, entitled Cleopatra, is reminiscent of earlier work, yet holds its own. The Lumineers bring back their clean vocals, neat guitar work, and driving folk rhythms, but also add a few flairs and tricks. You’re gonna want to listen to this one in its entirety.

“Sleep On The Floor” is the opening track of Cleopatra and opens with some strong base and your typical folksy cymbal action. It’s an excellent choice to preview the album– it’s bold, it’s a little quirky, and it’s definitely The Lumineers.

The second song of Cleopatra is entitled “Ophelia.” Even if you have not listened to the rest of the album, you can tell that “Ophelia” is a winner. Combine some slightly jazzy piano with The Lumineers usual bass-themed vibes and you have got yourself a hit.

“Cleopatra” comes third in the lineup as the title track of the record and offers a little bit of a different beat than the previous two tracks. The guitar drives a little more here, and overall the track is extremely successful. Here’s your dancing song, kids.

The fourth track on the album is “Gun Song,” which opens with the odd lyric I don’t wanna own a single gun / But if I did you’d be the one. The song is catchy despite the haunting lyrics and feels like one should be running through a meadow of flowers whilst wearing a fedora when listening to it. There really is no better way to describe the vibe.

“Long Way From Home” is the eighth track of the album. This song is passionate and has some really nice guitar work. It doesn’t stand out as a hit, but still has a lot of merit. This one is not going to get stuck in your head, but it is enjoyable to listen to.

“Sick In The Head” comes up next on Cleopatra and experiments a little bit with some echoing vocals. This one is pretty sad, and the repeating guitar pattern is a little much, but again, it’s not bad to listen to.

The tenth track, “My Eyes,” is the peak of The Lumineers moodiness and melancholy. The track is a little haunting, but also has more upbeat moments of excitement during the chorus. There’s some spooky piano work, which makes this song shine amongst many other chilled-out ballads on the record.

“Patience” is up next, and is a real shortie, coming in at 1:37. This track is solely instrumental, featuring a really beautiful piano melody that complements the tone of the album as a whole.

“Everyone Requires A Plan” is another bonus track on Cleopatra and mimics the melancholy of earlier tracks like “Angela” and “Gale Song.” Once again, this track is nice to hear, but doesn’t exactly shine.

“White Lie” is the final bonus track of Cleopatra and kicks off with some really clean, deep vocals. This track combines the pretty piano melodies that were experimented with earlier in the record with The Lumineers’ signature driving guitar. It’s pretty morose, but has some building appeal. This one is a winner and an excellent choice to wrap up the record.

So what’s the consensus on Cleopatra? It’s folksy, it’s soulful at moments, and at others it’s very chill. Unfortunately, it doesn’t shine all the time. In terms of cohesion, this album does well, but individual songs have a hard time standing out in memory. Especially in the middle of the album, songs start to blend together. However, there is technical precision and attention to detail here, as a well as attention to the larger theme of the album. The songs are good, they just don’t stand out on their own (with the exception of “Ophelia” and “White Lie”). This record is definitely worth giving a listen to, but don’t put it down for album of the year.