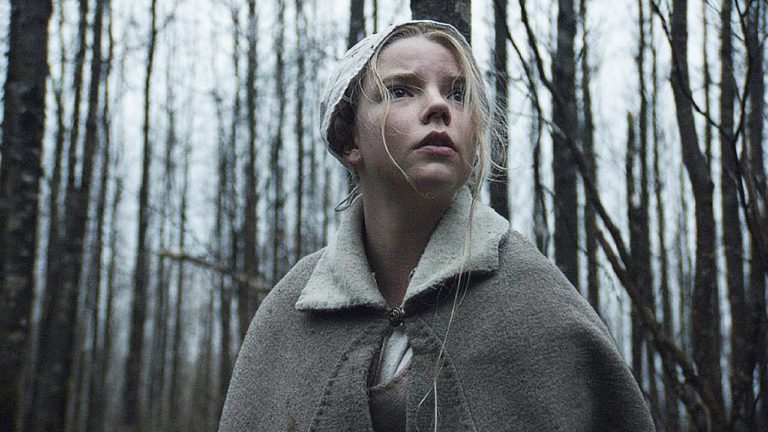 The Witch is the feature film debut of director Robert Eggers. In his debut, Eggers cements himself as a young director to watch through his finely-crafted and terrifying film. The Witch won the Directing Award in the drama category of the 2015 Sundance Film Festival, and with good reason.

I have to start out by saying that this film seems tailor-made for me. It checks off so many boxes on my list of favorite elements of horror films; paranoia, suspense, religious iconography, isolation, family dynamics, and uncontrolled female sexuality. The Witch reminded me quite a lot of another personal favorite of mine, Ben Wheatley’s A Field in England. I was truly shaken seeing this film, and for that reason it has quickly become one of my personal favorites.

The Witch follows a Puritan family that is excommunicated from their township for accusing the local church of heresy and corruption. They are then forced to make their own settlement in the harsh forests of New England. One day, when eldest daughter Thomasine is playing with her infant brother, the baby goes missing. A wolf is blamed, but the viewers and the family know that something much more disturbing is at work in the woods. Paranoia and religious fanaticism drive the family apart, and they descend into madness as the witch of the woods begins to tear them apart.

The film is absolutely stunning to watch, and Eggers really wrenches every amount of emotion and terror out of every shot in the film. Wide angle shots show the dense and terrifying forests of New England in all of their glory, and claustrophobic scenes set in the family’s cabin are beautifully lit by natural candlelight. I’m no art expert, but it seems clear to me that the visual style of the film was heavily influenced by 18th-century Spanish painter Francisco Goya. In particular, his darker works seem to haunt the visuals throughout The Witch.

The soundtrack also plays a key role the tone of the film. The non-traditional soundtrack builds tension and terror that perfectly compliments the slow-burning pace of the film. For those expecting a standard genre film, know that The Witch is not your typical horror film. Along with other recent critical darlings like It Follows, The Babadook, and Goodnight Mommy, The Witch takes a more high brow and patient approach to the horror game. I think we’re in the middle of a new era of smarter and more technically-impressive horror films, and films like The Witch truly feel disturbing and refreshing in an otherwise tired genre.

Unfortunately, The Witch has finished its nationwide theatrical run, but be on the lookout for news of a Blu-ray or Digital release!