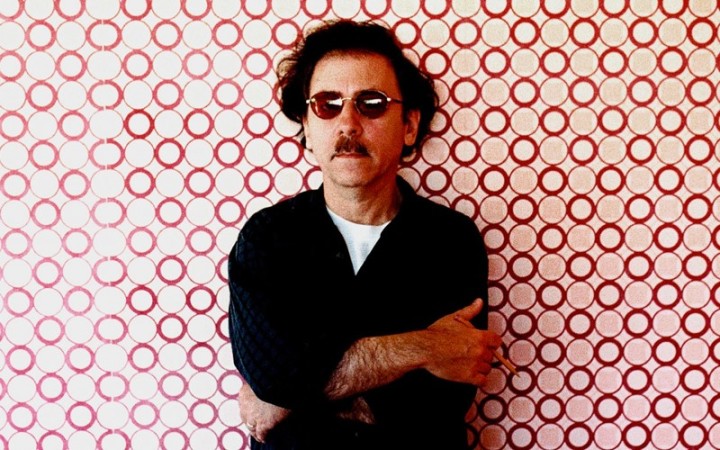 On Thursday evening, I went to the FilmScene for An Evening with Terry Zwigoff, who is the director of “Crumb”, “Ghost World” and “Bad Santa”, which is hosted by Program Director Andy Brodie. It started at 7 pm. After Andy giving a brief introduction of Terry, we have begun talking about his works from early documentaries to his fiction and comedy films with watching clips from each of them. We also had about 15 minutes to ask questions. It was the second Film event on Mission Creek Festival, and I would say it was interacting and casual.

Zwigoff was a fun character. He likes to pin out what he likes and doesn’t like about film industry directly, and his attitude toward his work. He shared his early life experiences, his inspiration to do the work, script, and casting, etc.

The evening started with the host introducing Terry Zwigoff as a filmmaker, producer, and scriptwriter. Andy Brodie also mentioned he has an obsession in collecting music.

His fascination with blues music triggers his interest to shoot the life story of a blues musician Howard Armstrong in making his first documentary “Louie Bluie”(1985). “I am not sure the audience will hear what I get because I am so obsessed with this stuff,” said by Zwigoff.

We listened to a tune of “State Street Rag.” It is a light, fast-paced blues song. We can hear the main tune by the mandolin followed by cello and guitar. Zwigoff originally wanted to cover Howard Armstrong’s story to write in the magazine, but after he flew back to Detroit and interviewed him for three days, he wanted to make a film. He filmed it with only knowing some basic editing, filming skills from his friends.

Then we saw the clip of Armstrong’s conversation with his old friend Bogan about his ABC’s Pornography book. There were a lot of colored cartoons and handwritten stories about sexuality. You can tell the humor of Armstrong seeing as the audience was pretty entertained. Zwigoff talked about the process of making the Luis Blues. He did the fly on the wall camera style to capture the ordinary routine of Armstrong intimately, even wanting to film his girlfriends. He set up a fake sound stage and moved Armstrong’s home setting to Chicago, and recorded the band’s reuniting scene. He joked that this film was shown at the L.A Film Festival with 12 people showing up and it had a two-star review and, years later, it got good reviews by critics.

The second clip we saw was taken from his second documentary called “Crumb”. It is about the life of the underground social satire cartoonist R.Crumb. The documentary consist of his graphic designs, interviewing from his family, ex-girlfriend, etc. Zwigoff talked about how he has been friends with Robert Crumb for so long that he can shoot him honestly. He worked with the three Crumb brothers Charles, Max, and Robert and collected artworks from them. He even spent a night at their house in Philadelphia.

The documentary took him ten years to come up with interview questions, getting money and getting approval from the legal department. Zwigoff mentioned that the downside of filming it is he knew the questions and answers of R. Crumb, and he might make up some scenes that are for the benefit of the audience. Going back from the clip, it followed Crumb when he was drawing what he saw in Brooklyn. The background music is melody-driven, following Crumb’s view of different groups of people. Crumb draws the fashion trend of the black people’s clothing from wearing jackets to having earrings, and the street people who looked fearless saying “I have nothing till tomorrow”. The black humor of this clip made us laugh most of the time.

The following clips we saw were from his fiction movie and comedies “Ghost World,” “Bad Santa,” and “Art School Confidential,” and Zwigoff continued talking about the back story of making the film and casting.

“Ghost World” was adapted and rewrote from the graphic novel by Daniel Clowes. It was shown in filmscene and got a lot of good comments from the acute dialogues and the two high school girls’ perspectives. Zwigoff talked about how his wife got him into making the comic story, which is not his favorite. He co-wrote the story with Daniel Clowes. We saw the clip of the blues bar where the girl looked down at the guy’s reaction to the hostesses, and the conversation between Enid and Seymour, who played by Steve Buscemi. Zwigoff said about the castings before the showing that he sympathized with people competing for a character and tried to please the directors.

The clip shown from “Bad Santa” was Willie played by Billy Bob Thornton, who celebrated Christmas eating all of the candies and using liquor to sanitize the kid’s injured hands, which was hilarious. Zwigoff also talked about the exciting experience of castings. He found Billy Bob Thornton from seeing his commercial, but he has no experiences in acting. Tony Cox for the Elf was first rejected by the Cony brothers, because there was no black elf before Zwigoff insisted on picking him, otherwise he would not direct the film. Critics had good and bad comments on Tony Cox’s performances that seem subjective, according to Zwigoff.

They played the clip of “Art School Confidential” but did not get into the details of filming it. This was another collaboration between Zwigoff and Dan Clowes. The scene that impressed me well was the art exhibition and parade about “Art is not a crime”. Zwigoff said how the acting of John Malkovich amazed him, that he could give whatever the director wanted in a few seconds.

The last part of tonight was the Q&A. Zwigoff replied to the audiences wittily. One of the question was asked about if he was interested in directing a play, he strongly disagreed that he never liked “Singing in the Rain” and he would be open to any genres except theatre. He often said he would not look back on his work because he did not like to.

Zwigoff is friendly and funny; he even talked to me one on one after the show. It was my first Mission Creek Festival event which brought me into his fantastic, realistic and black humor film world. I would watch his documentaries and films in the future.

Checkout more events on the Mission Creek Festival. Click here for the line up.